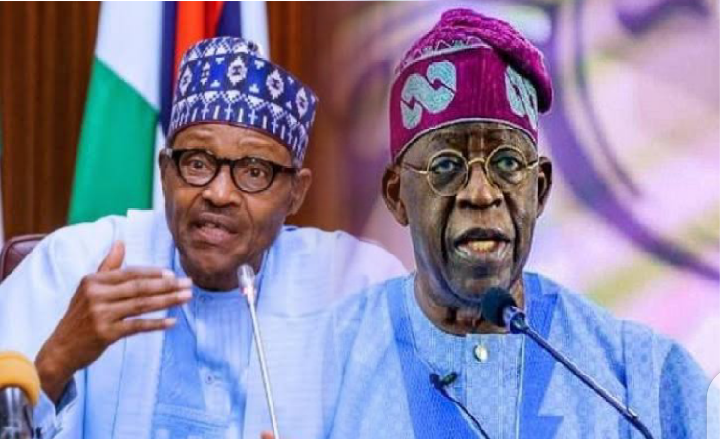 Buhari spoke at the 36th convocation of the University of Ilorin Kwara State on Saturday against the backdrop of a strike threat earlier given by various unions in academic institutions. 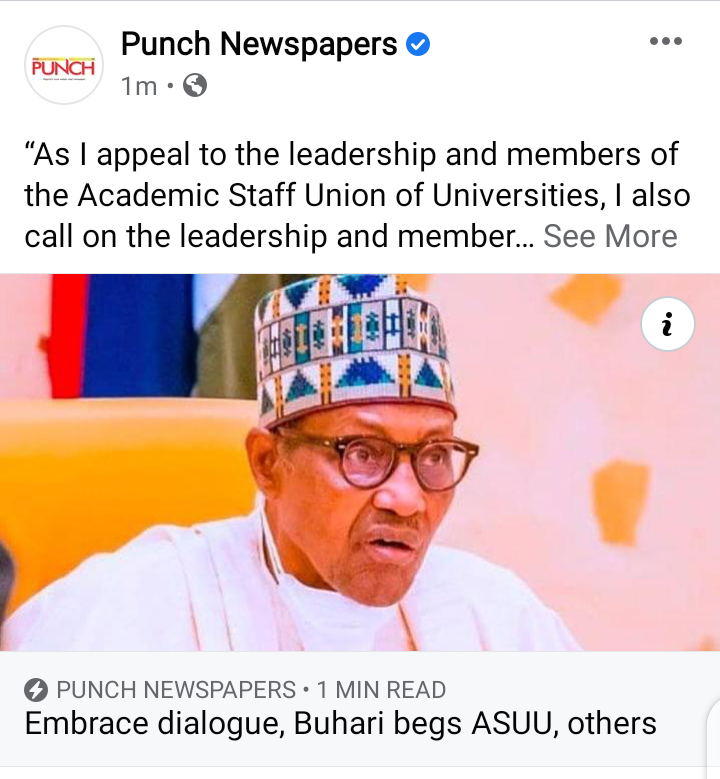 The president who is also the Visitor to the university said the unions should realise that dialogue was always better than conflict.

Represented by Professor Ignatius Onimawu of the National University Commission, the President said, “No one gains from crisis. While government alone cannot solve all challenges facing society, this administration is willing to listen to complaints and alternative points of view to managing a situation.

The Speaker of the Kano State House of Assembly, Hamisu Chidari, said the APC in Kano State would support the 2023 presidential ambition of the National Leader of the All Progressives Congress, Asiwaju Bola Tinubu, in 2023.

He spoke at the inauguration of the Tinubu Support Group and the state steering committees of the TSG in Abuja on Saturday. 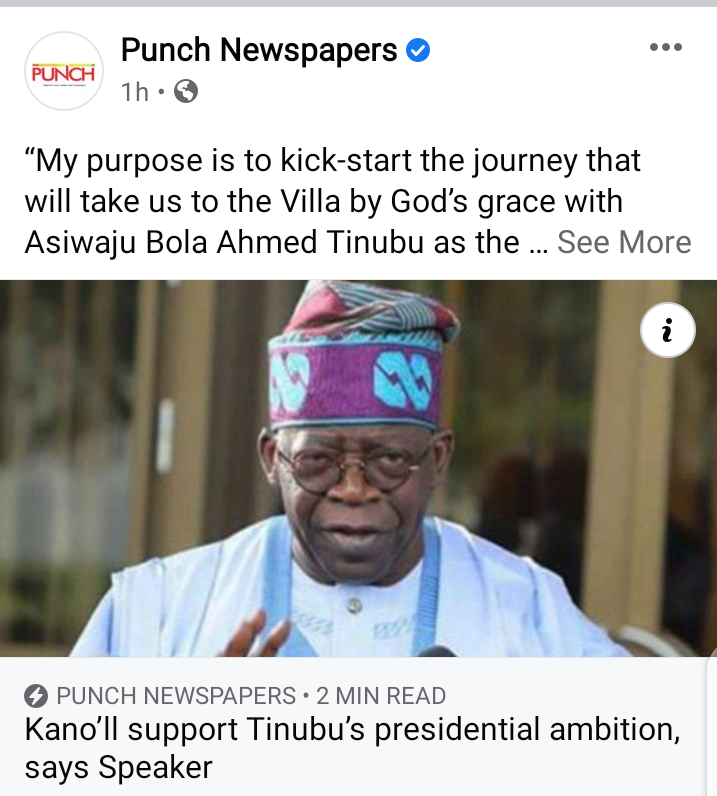 Chidari said Kano State, which has the highest number of voters and delegates in the country, would repay Tinubu’s act of helping the President, Major General Muhammadu Buhari (retd.), to become President in 2015.

“My purpose is to kick-start the journey that will take us to the Villa by God’s grace with Asiwaju Bola Ahmed Tinubu as the number one citizen of Nigeria,” he said.

The Special Task Force, Operation Safe Haven that is maintaining peace in Plateau State, has warned those fueling crises in the state to stop or face the consequences.

The commander of the task force, Maj.-Gen. Ibrahim Ali, who spoke while receiving the reports of a special peace committee constituted by the task force said the perpetrators will soon be uncovered. 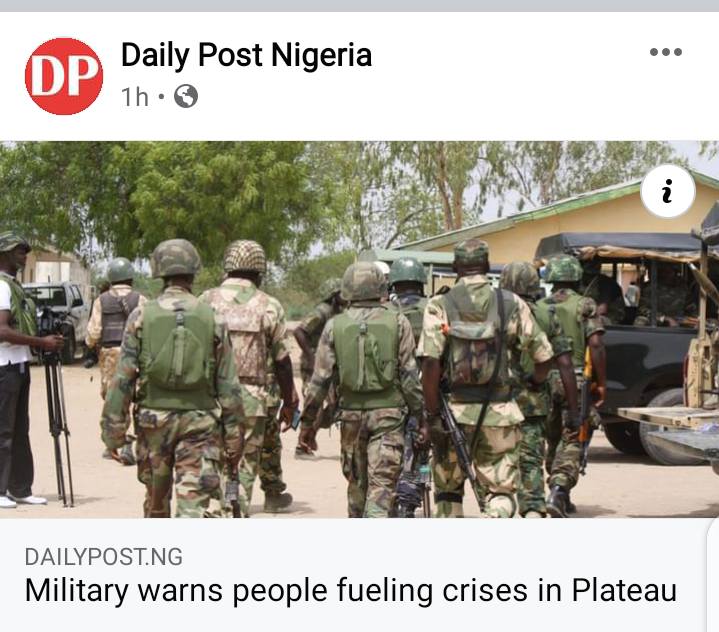 Ali also warned community leaders who harbour criminals in their communities to desist from the act or face the wrath of the law.

“I want to send a strong warning to crisis merchants and those that allow their communities to be used as hideouts for criminals,” NAN quoted him as saying.

Drama, confusion over bandits’ abduction, release of Dodo of Wawa in Niger State

Drama, intrigues and confusion seem to surround the abduction and release of the Dodo of Wawa, (District Head) Dr Mahmoud Ahmed Aliyu in Borgu Local Government area of Niger state, who was allegedly released from the hands of bandits five days ago (Tuesday, 20th of October, 2021).

The monarch was kidnapped from his palace by bandits on the 4th of September, 2021 and remained with them for 47 days. 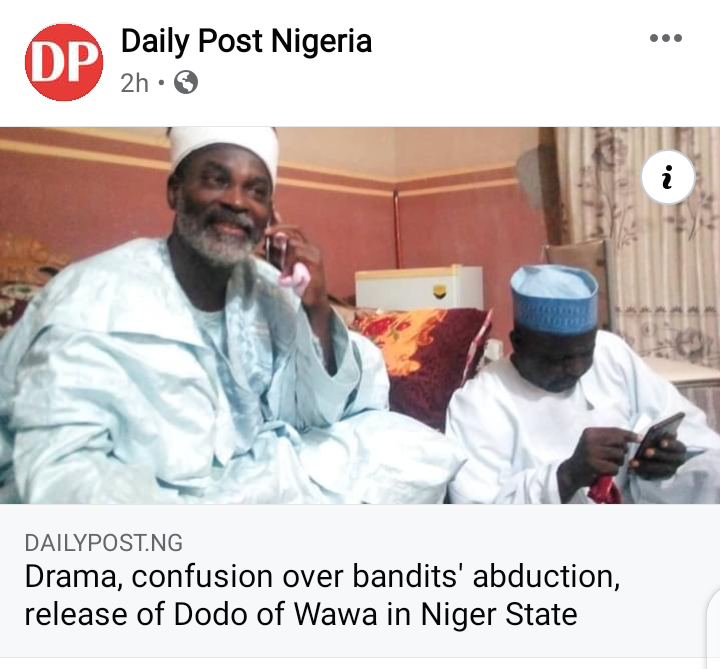 The gunmen stormed his palace on motorcycles, dressed in military uniforms at about 10pm in the night and allegedly whisked him away after retiring to his quarters. They took him in the presence of his family to an unknown location without hurting any member of his household.

But, after five days in their clutches, the district Head of Wawa was said to have been released freely and returned back home by his abductors unhurt.