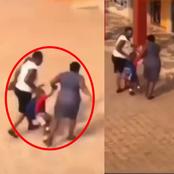 Some children don't like to go to school nowadays, they prefer staying at home rather than entering the classroom. I could remember during my primary school days, I always cry whenever my mum brings me to school, my teachers would drag me to the classroom after I have received some stroke of the cane. A video of a schoolboy has been trending on the internet after he refuses to enter his classroom. The young boy was spotted crying as his teachers dragged him to the classroom. He was very reluctant but his teachers 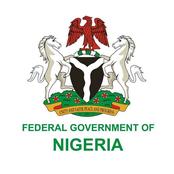 The Federal Government of Nigeria has issued a strong directive to teachers and school managements of all learning institutions in the country. The Government warned that teachers should desist from conducting Covid 19 tests on students. Following the January 18 2021 resumption of school's in the country, the Presidential Task Force on coronavirus in conjunction with the Federal Ministry of Education, slated guidelines and protocols for schools to observe in order to ensure the safety of the students. The mandatory 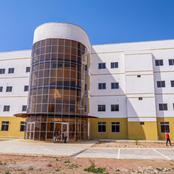 A new governing council will be announced this week for the Plateau State University, Bokkos, as demanded by striking lecturers, Officials say. Chairperson of the Academic Staff Union of Universities, PLASU branch, Dr. Bentse Pamson, Monday announced a local strike over lack of a governing council, underfunding, unpaid allowances, minimum wage and poor infrastructure. According to him, the union had for long engaged the Government over the issues without success. Pamson said the Institution was grossly underfunded 2019/2020 Academic Session Examination For Nasarawa University Keffi, To Start In Less That A Month

Nasarawa State University Keffi has finally called in it's students to resume academic activities immediately after a long time of staying at home due to the ASUU strike couples with the initial Covid 19 lockdown across the country. The university which is located in the local government of Keffi has appreciate it's year planner for all academic activities and am sure it has reached all students through different means. The calendar shows that the school shall resume lectures on the 19th which is today but of 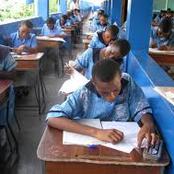 An open letter students in primary 6, JSS3, and SSS3

It is of great delight that students have returned back to their classes to begin academic activities again after some weeks of staying for holiday. Most state in the country reopened school on 18th of January, 2021 and a lot of students complied to the resumption date by resuming on 18th. The fact is that the continuation of the first term 2020/2021 academic session is going to be short because of the pandemic and this should be a reason students should buckle up. That being mentioned, students in examination 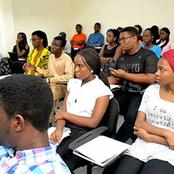 Opinion: All Students Should Take Note Of This Important Information

Hello my wonderful viewers, welcome to my page once more, today's article is about school resumption, and I will be sharing with you an opinion on how to live healthy as you go back to school, read below. After nine months of being away from school because of the outbreak coronavirus pandemic and the Academy Staff Union of Universities (ASUU) strike, students can now go to school because ASUU have called off the night month strike, some schools have resume meanwhile others are yet to resume. As stated earlier, 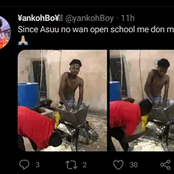 University Undergraduate Reveals What He Does For A Living (Photos)

A Nigerian boy who is identified as yanko boy on Twitter has shared photos of what he does for a living. The young man who is about 23 years old revealed that the reason he started doing this job is because of ASUU strike, he is an undergraduate who started cassava grinding and garri processing business to help put food food on his table and also have some some money to spend, in his own convenient time. He said in his post that he is tired of hiding the type of business he is doing, he also said that he is 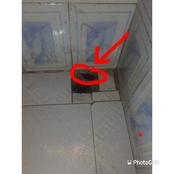 All Returning Students Must Be Careful. See What I Found When Cleaning The Bathroom In My Hostel

The Covid-19 pandemic has caused a lot of emotional, fatal, economical and academic damage to the world.  In Nigeria, its fatality rate is small compared to the rest of the world especially Europe. Here, it put a stop to our economic as well as academic activities that we are yet to be free from its shackles. After so much effort from the government and people alike, gradually, the lockdown is continually lifted and students are beginning to go to their different institutions of learning. Me as a student of 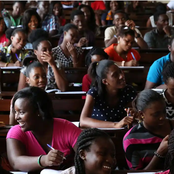 How to get back on track to study after school resumption

It's no longer news that the Nigerian government approved January 18 as the resumption date for all academic activities in the country.  This is coming after a long time lockdown of schools which has become a knockdown to some students especially those at the university. During the period, a lot of students has ventured into business, apprenticeship and other profitable things. An idle hand they say is the devil's workshop, this period also saw the bad side of some students. However, it would be very hard to 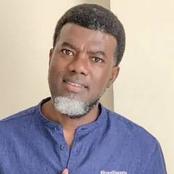 As we all know, many people are against federal government decision of allowing schools across the country to resume despite the rapid increase in the number of Covid-19 cases being recorded on a daily basis. In recent developments, Reno Omokri on his official twitter account, passed a message to those calling for school resumption amidst Covid-19. According to him, he said that school resumption is not idea as federal government currently does not have the basic facilities needed to contain the spread of the 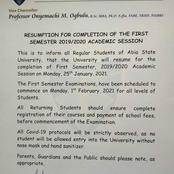 RESUMPTION FOR COMPLETION OF THE FIRST SEMESTER 2019/2020 ACADEMIC SESSION This is to inform all Regular Students of Abia State University, that the University will resume for the completion of First Semester, 2019/2020 Academic Session on Monday, 25th January, 2021. The First Semester Examinations, Have been scheduled to commence on Monday, 1st February,2021 for all Levels of students. All Returning Students should ensure complete Registration of their Courses and payment of School Fees, before Commencement 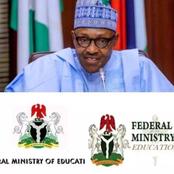 School Reopening: If You Are A Student Or School Teacher Take Note Of This Vital Information

Before the federal government okayed the school reopening, every teacher was eager to resume school activities after a long period of being off at work due to the novel coronavirus, students are also fed up with sitting at home without lectures. Finally, the FG has allowed Nigerian schools to resume today which is on January 18, 2021, but some states are not yet resuming as they are probably worried about exposing pupils' lives to danger due to the lack of COVID-19 measures in some of their schools. However, 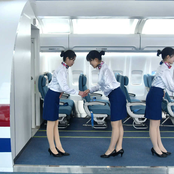 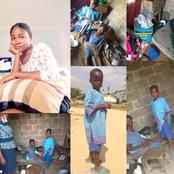 VIDEO: See How This Lady Helped A Boy Who Goes Around Putting on Rags to Feed Himself and His Grandma

VIDEO: See How This Lady Helped A Boy Who Goes Around Putting on Rags to Feed Himself & His Grandma God is Good and will never leave nor forsake his people. All we need to do as human is to trust in him and follow is will. We should learn to always help the needy with the little we have. I felt touched after I read how a lady revealed how she helped a boy. According to her, the boy's name is Wisdom, a primary school student. Wisdom goes around putting on rags in the community and he stays with his grandma. Narrating