7 Mistakes Young People Make And How To Avoid Making Them 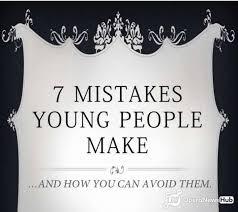 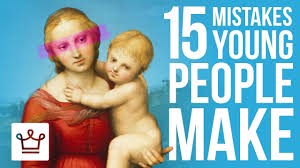 I have decided to share with us a couple of mistakes young people make that in turn brings ruin to their lives.

We must understand that it is normal for them to basically want and wish to do somethings.

Basically,these things are normal with their ages.

Adolescent age is a time a lot decisions are made, and if one is not keen on making the right decision, such a person will definitely end up with full regrets.

So, if you're a youngster or you probably have one around you, this write-up is simply for you.

Read to avoid these repeating these mistakes.

1. Running after fashion and trendy things 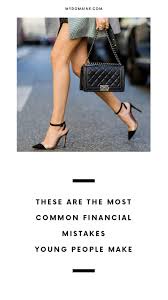 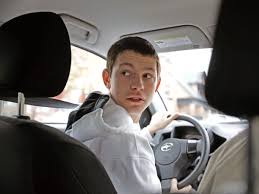 This is no harm in actually looking good or bam.

As a matter of fact and urgency, as a young person, you need to always look your best.

But, you mustn't disregard this, a lot of youngstars , make the mistake of spending virtually all they have on fashionable and trendy things.

Those clothes and shoes you buy most times can be preferenced.

You won't die if you don't wear them.

Going out of your to buy something simply because they are trendy, makes it totally wrong.

You could actually use your money for much more important things, leave gadgets such as phones, iPads, iPods, headset, PlayStation, watches etc alone.

They are only money consuming.

You will definitely grow up to regret spending much on such irrelevant things.

2. Seeing Education as the only means of being successful.

A lot of young people still don't know what the labor market looks like.

They believe that once you go to school, you will definitely end up successful, my friend, that's a big lie.

As a matter of face, education starts the days you leave school and you must understand that once you stop learning, you will start losing and failing. 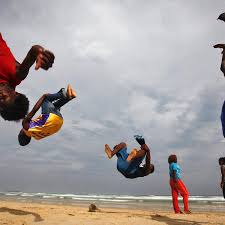 3. Young people tend to give up easily:

This is a mistake most young persons make.

They give up on their project and goals, especially when they don't seem to be working out.

Sadly, most of them end up regretting it.

You shouldn't give up for any reason, not until you achieve what you want.

4. Young People do accept whatever they see and hear

This is another terrible mistake most young people make.

They are easily swayed by what they hear and see, and that's why most of them seemed to have made terrible mistakes in the past.

You must learn to observe things vividly before concluding.

Most of the networking businesses, are being ran and controlled by youngsters.

While we have genuine networking businesses, there are also take ones whose sole purpose is to dupe people of their hard earned money.

MMM, is one of such.

The number of young people who lost their huge earnings to this business is uncountable. 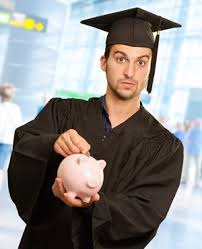 This is a major problem with them..

They want results and hardly have patience to wait for the results to manifest.

And in most cases, they lose out because of this.

7 Most young people blame their parents for their misfortune

This is very true.

Instead of working hard and making their own money, they relax and depend on their parents wealth, and ofcourse when it fails, they begin to lay blames.

Love is not enough and can never be enough.

Before you dive into any relationship with the opposite sex, you must consider a lot of things, such as compatibility, family, religion, health differences.

It is because of the irrationality of some youngsters that a lot of them are living in regret today.

Don't just jump into a relationship simply because you feel a sort of emotional attachment to the other person.

It doesn't and will never work that way. 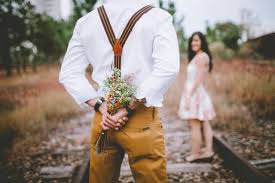