The reason why they call Apostle Joseph Ayo Babalola "Olorun 1930"

By Timakoncept (self media writer) | 2 years ago

The reason why they call Apostle Joseph Ayo Babalola "Olorun 1930" 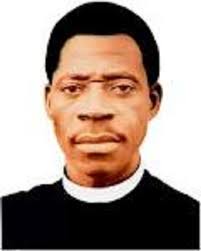 Though he died several decades ago many CAC members still pray with his name. Whenever they pray they add Olorun Joseph Ayo Babalola. That is how much he is reverred by CAC adherents. This is one of the things that got us curious in City People about the Life and Times of this great man of God this is because late Apostle Ayo Babalola is one of the greatest men of God that ever tread the face of this earth. He is the founder of Christ Apostolic Church (CAC). He was born on the 25th of April 1904 at Odo-Owa,Ilofa, in present day Ekiti Local Government areas of Kwara State, Nigeria to the family of late Pa David Lawani Rotimi and Madam Martha Talabi Rotimi. His father was a devout Christian and was also the founded CMS church at Ilofa/Odo-Owa, the Church was in sixteen other towns then. Babalola was brought up as an Anglican.

He was brought to Lagos by his Uncle Mr. M.O. Rotimi who was a teacher at C.M.S. he went to elementary school at Oto-Awori near Badagry before he went to Methodist school at ago ijaye in ebute meta Lagos for just 2 years before he was enroll again at All saint M.C.S school in Osogbo, Osun State were he study to Nigeria Reader IV (primary 4) were he stop his education to learn Blacksmith for two years. He also learn Roller Driver under P W D (Public Works Department), he became a Steamroller Operator then under the control of the whites, learning to become a Steamroller Driver.

After 15 days of learning how to drive the caterpillar, he was able to drive it without any assistance. After nine months; he became a master in his class. He became the prophet of God in 1928 when God called him. It was while he was working as steamroller along Akure – Ilesha road in October 9th 1928 about 12.00 noon by the river Ariran that he heard a loud voice from above like the roar of thunder which called his name thrice saying “Joseph! Joseph!! Joseph!!! Leave this job you are doing; if not, this year you are going to be cut off from the earth.” Again On 11 October 1928, while trying to repair his machine, he heard an audible voice from the Lord to abandon the job and start preaching. That is how he received the call and he went into fasting and prayer. In this Special Report, City People ONDO/EKITI Reporter, ADEOLA SHITTU tells you some hard Facts and predictions of the founder of C.A.C, Apostle Joseph Ayo Babalola.

His first encounter with God after hearing his voice, was when the angel of the Lord told him to enter his house the voice called to him again telling him to fast for six days and pray 120 times which he faithfully did as he slept that night, an angel entered into his room like lightning and began to talk to him. Then the angel told him to put off the light inside the room which he immediately did. Thereafter a brighter light completely different from any other lighted the whole room. The angel told him not to taste any manner of food for six days that the Lord Jesus Christ wants to send him some important works to various towns.

The angel told him that he was the one who had been talking to him on the road when he was driving and that he would have died if he had refused to hearken to his instructions. That is how he received the call and he went into series of fasting and prayer, all the while he was in Ipetu-Ijesha in Oriade local government area of Osun State. During this period of fasting and prayers , he received lots of revelations which formed the basis of the way he operated in his ministry. He later joined the Faith Tabernacle Church in November 1929 where he was baptized in Lagos lagoon in December the same year.

Following the voice of the Lord that Apostle Babalola heard in 1928, his first miracle was when the revival of his mission began with the raising of a dead child in September 1930. What followed this in three weeks was the healing of about 100 lepers, 60 blind people and 50 lame persons. This also resulted in the desolation of Churches in Ilesa because their members transferred their allegiance to the revivalist and that all the patients in Wesley Hospital, Ilesa, abandoned their beds to seek healing from Babalola. This divinely kicked off The Great Revival of 1930, which saw people coming from most parts of Africa and diaspora without posters and TV adverts.

Apostle Joseph Ayo Babalola ministries were given Bell (Agogo), Omi (water), Staff and his Bible. According to him the use of Bell (Agogo) is said to be used to call Angels of God down during a prayer gathering. While the water is said to be used for healing of all illness and disease and it opening the womb of any barren women. He had toured Yoruba land and eastern Nigeria, preaching about repentance, and renunciation of idolatry, the importance of prayer and fasting, and the power of God to heal sickness. And although his tour he have with him, his bell and Yoruba Bible in hand. During this period he also visited many towns and villages based on the Lords guidance where he preached the message of healing and deliverance to the people. He was specifically instructed by God to heal the sick through water which he prayed into. However for a period of six months he still maintained a strict regime of prayer and fasting.

Content created and supplied by: Timakoncept (via Opera News )