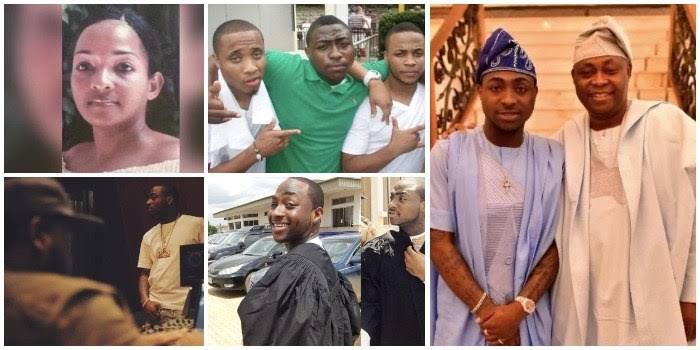 David Adeleke, popularly known as Davido, is one of the hip-hop sensations Nigeria has got in the last ten years.

The Omo Baba Olowo crooner came to limelight in 2012 when he dropped his first album. Asides owning two record labels, Davido is one of the most hardworking artiste in the music industry.

However, many are curious about the background of the star. This article is focused on the biography and achievements of Davido’s dad, mum and his sister. 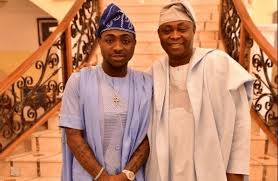 Prince Adedeji Adeleke is a Nigerian billionaire, business magnate, founder and president of Adeleke University. He is also the CEO of Pacific Holdings Limited. He is the father of Davido, a Nigerian musician and Sharon Adeleke.

He is one of the most successful people in Nigeria as well as in Africa. He has fleets of expensive cars and a private jet; the jet was estimated to worth $35million.

Dr. Deji Adeleke is the Pro-Chanellor and partnering founder of Adeleke University in Ede, Osun State. As a philanthropist, he built a multi-million-naira church for Seventh Day Adventist Church. He also donated a hall to Babcock University.

Going by his educational background, Davido’d dad is an alumnus of Western Kentucky University, between 1965 and 1970, he was a pupil of Ansar-ud-Deen primary school, Surulere, Lagos. Upon completing the primary school education in 1970, he was admitted into Seventh-Day Adventist Grammar School, Ede, Western Region (now Osun State), Nigeria. With a West African School Certificate in 1975, Adedeji worked briefly at the Federal Ministry of Education until 1976 when he gained admission into Western Kentucky University, Bowling Green, Kentucky, USA.

Beginning class in the Fall of 1976, Adedeji completed his Bachelor’s of Science degree in Finance in 1979. He enrolled for the Master’s degree in Business Administration (MBA) in Fall 1979, and completed in 1981. Between 1981 and 1983, he was enrolled for the doctoral degree at Pacific Columbia University, Mills Valley, California, where he bagged the PhD degree in International Business after successfully defending his thesis titled “Japan’s conflicting international trade behavior” in 1983. Learning about the dignity of labour, Adedeji returned to Nigeria and diligently served in the Nigeria National Youth Service Corps.

The late mother of the popular Nigerian superstar Davido was Veronica Imade Adeleke. She gave birth to him on November 21st, 1992 in Atlanta, Georgia, the United States, even though the family of Adelekes was Nigerian and later moved back to their native country.

Veronica Imade Adeleke was born in 1963. The notable thing about her is that she loved music, just like her son. In the 90s, she had a brilliant music career and was owner of a record label. She was also part of a band named “David’s Band.” This was not the only thing she named after her son. She also had a security company, which was called “David’s security”. Her son was really the apple of her eye.

Veronica Adeleke was a lecturer at Babcock University in Osun State. She was very bright, intelligent and loved by all the lecturers and students.

Veronica Imade met the father of Davido, the influential Yoruba billionaire Adedeji Adeleke in the 80s. They instantly fell in love, and later got married in the beautiful ceremony. Together, Veronica and Adedeji had four children: the sons Adewale and Davido, and the daughters Sharon and Ashley. All of Davido’s siblings grew up to be hardworking and determined young people, who now work at their father’s company and have their own businesses. Both of Davido’s sisters are married.

Veronica's job at Babcock University, where she was a lecturer and her husband was a donor to the university. At the university, people loved and respected her for who she was – the intelligent and educated woman who can give young students a lot of knowledge.

She passed away on March 6th, 2003, which was coincidentally the 40th birthday of her husband Adedeji Adeleke. She was only 39 years old, and her death shocked everyone, starting from her family and co-workers.

Davido’s sister, Sharon Ademefun (nee Adeleke) is a rich lady in her own right. She is the brains behind Rona Wigs Studio, a business that makes hairpieces and extensions.

Sharon taught herself how to make wigs by watching YouTube videos. She is extremely focused on her business, busting the myth that coming from a wealthy home means a woman doesn’t have to work.

She offers advice for anyone looking to start up something, as well as single ladies working their hustle. Sharon also lets us know why by the third year, your business should be able to stand on its feet.