"He was such a nice man, so I paid to get his car fixed" - Actress reveals as she helps Uber driver.

By Akogunfele (self media writer) | 10 months ago Popular Nigerian actress and TV presenter, Dorcas Shola-Fapson popularly known as Ms_DSF has taken to the social media to reveal how she fully paid for the repair of the cab she took to the Abuja airport while traveling last week. 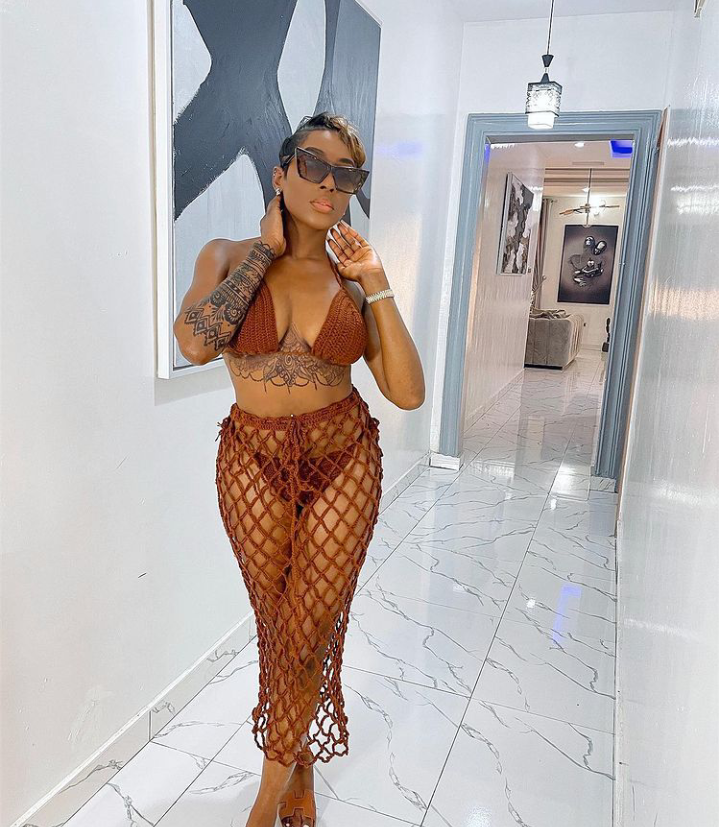 Shola has been all over the internet recently after she got involved in a social media brawl with her male friend and colleague, Timini Egbuson's girlfriend last week. She slammed Lydia, Timini's girlfriend, following the barrage of Instagram posts the latter made to attack Timini and called the actor many unprintable names.

"Same Lydia that up to about 2 weeks ago was still begging Timini back. The guy has blocked you everywhere, you call him with different numbers and send emails nonstop. Shey because he nor gree you result to this?" Shola said on Twitter last week. 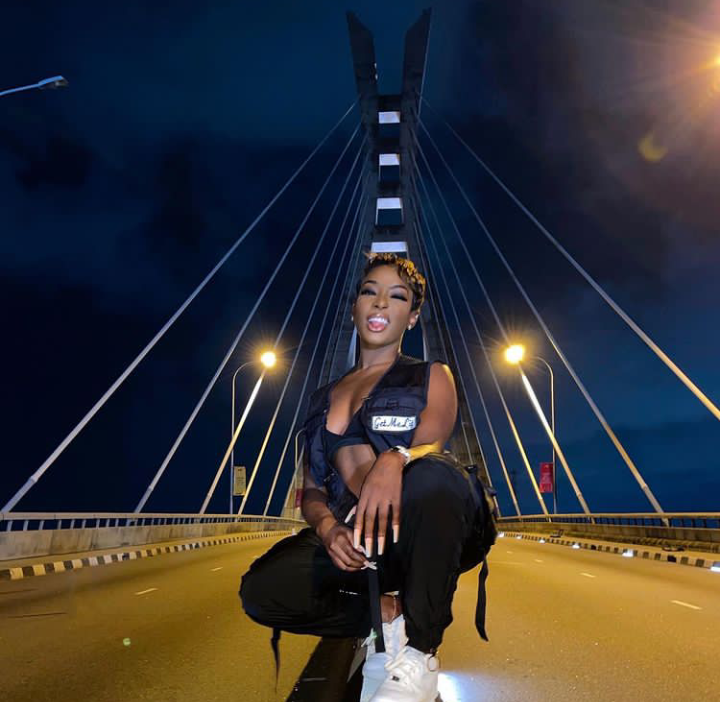 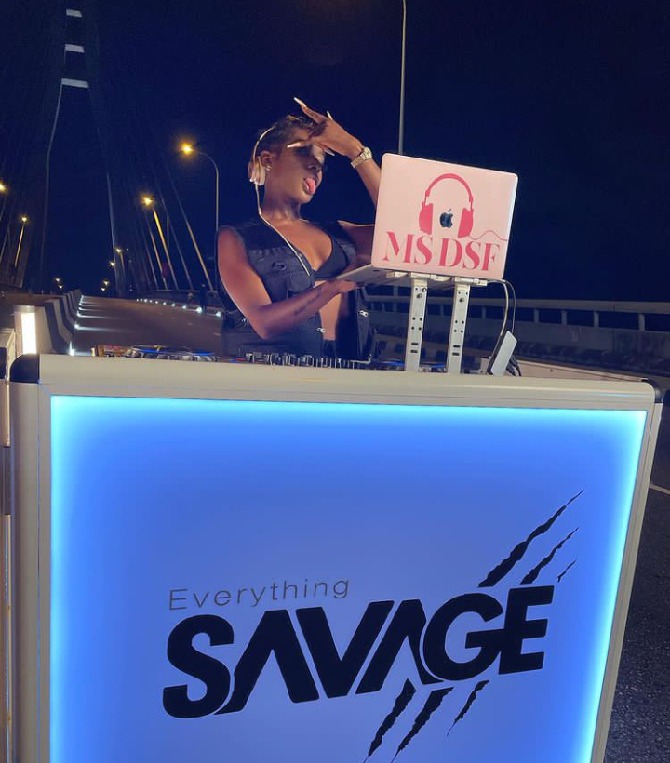 Meanwhile, many social media users started dragging Shola in return for interfering in the fight between the two estranged lovers. And, Shola who believed she didn't deserve the dragging and that she was simply set up by some Nigerian blogs then to took to her IG story yesterday to reveal how she paid for the repair of the Uber she ordered on her way to the Abuja airport last week. 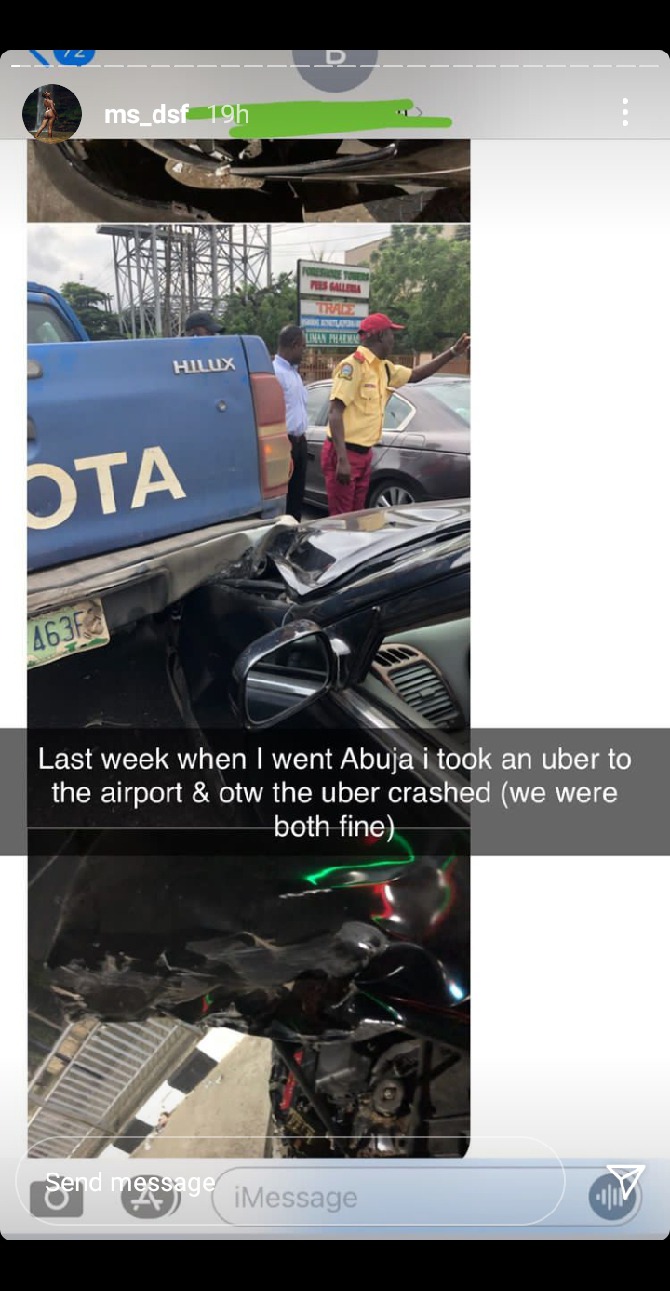 She explained that the Uber was involved in an accident, and although the driver and herself were unhurt, the car got terribly damaged. Sharing the pictures of the car after the repair, Shola stated; "He was such a nice man, so I paid to get his car fixed."

Meanwhile, the movie star noted that she didn't post the information for people to praise her and, moreover, she has done a lot of good deeds for people behind closed doors and which she would never mentioned them. However, she said she posted this just to let people know that she has a good heart in real life. 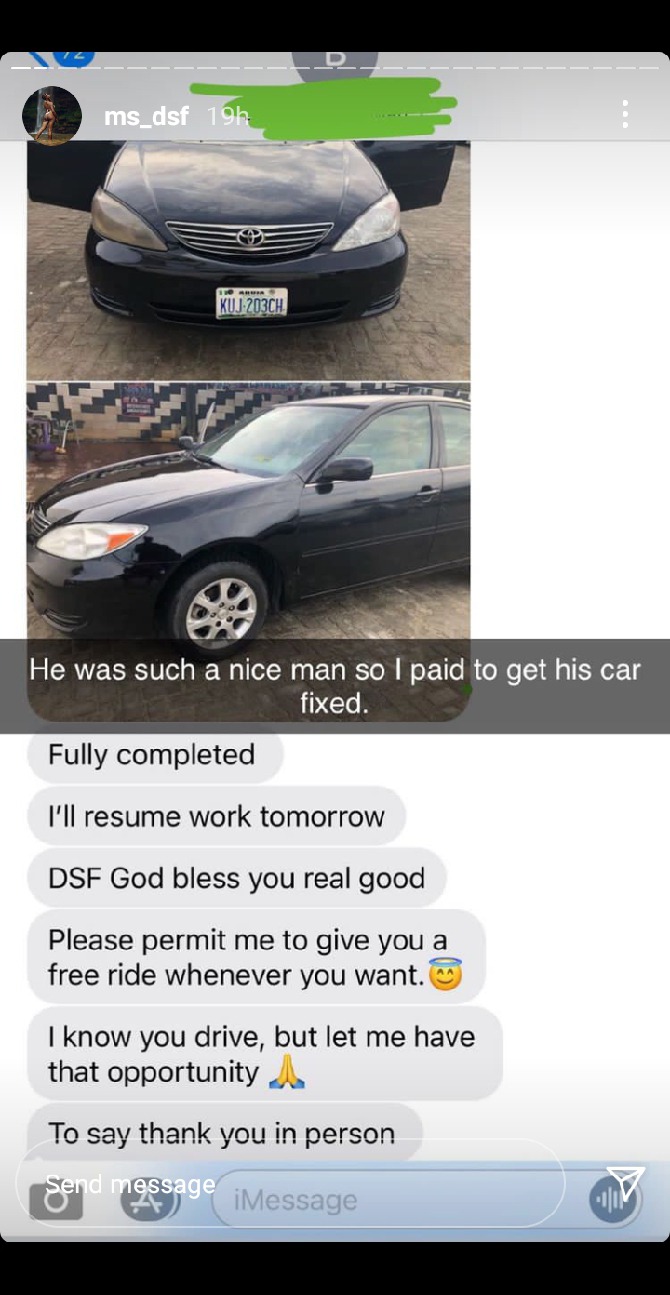 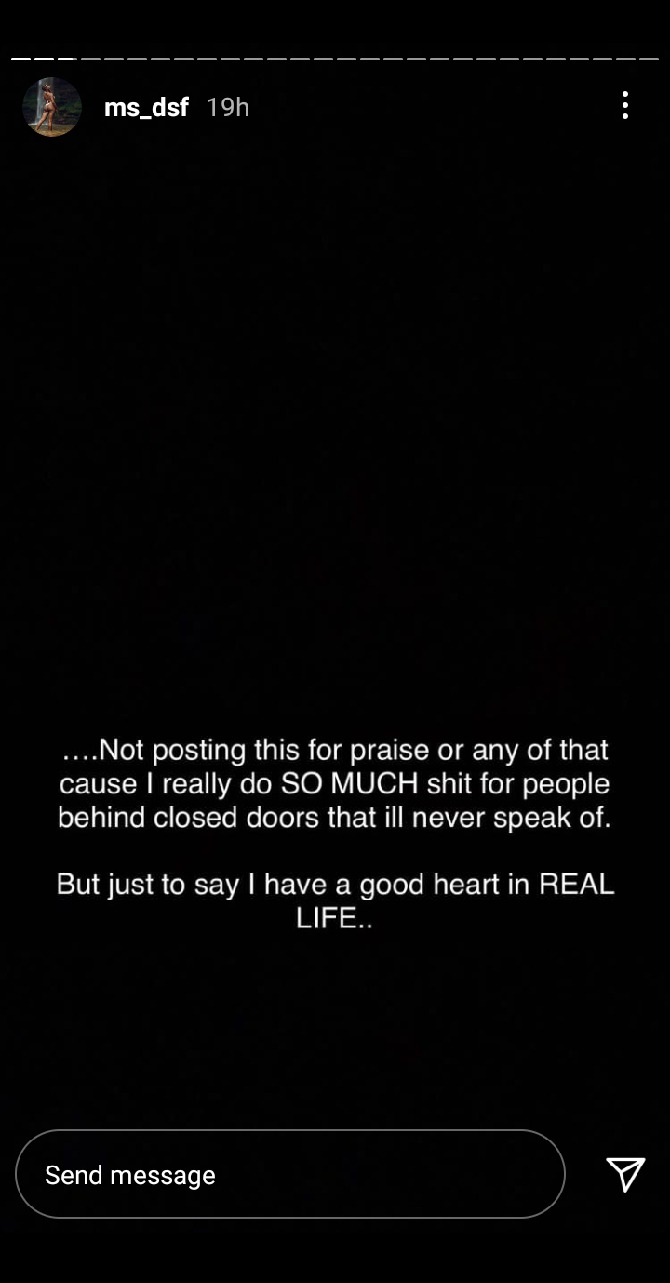 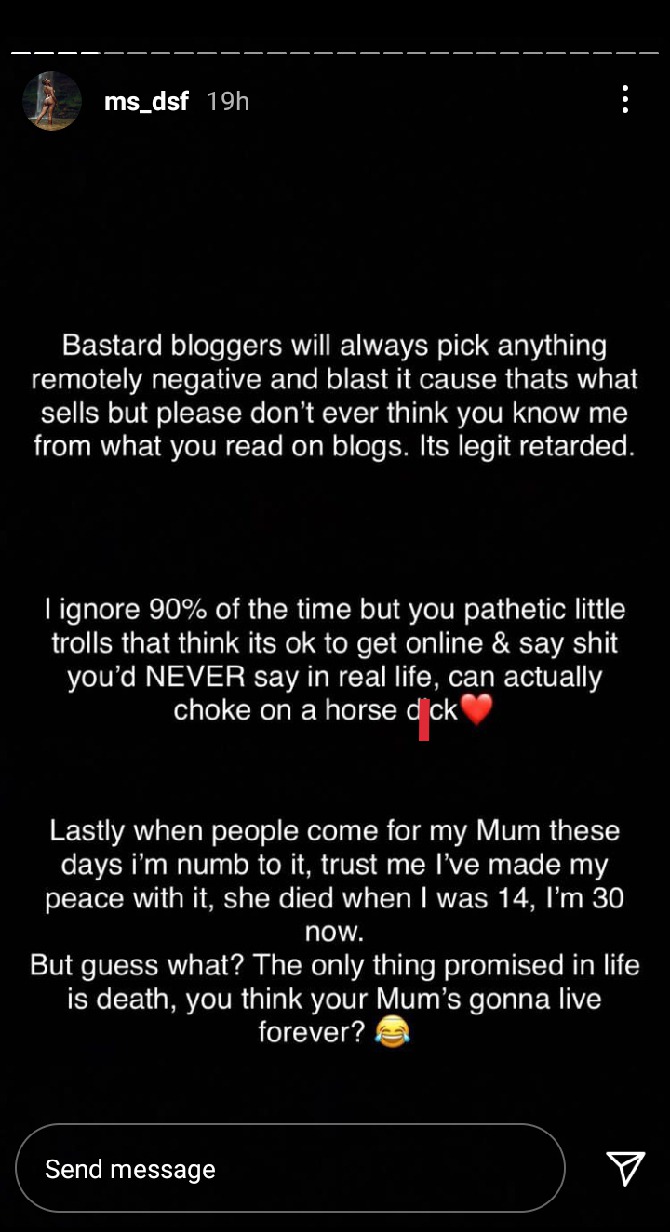 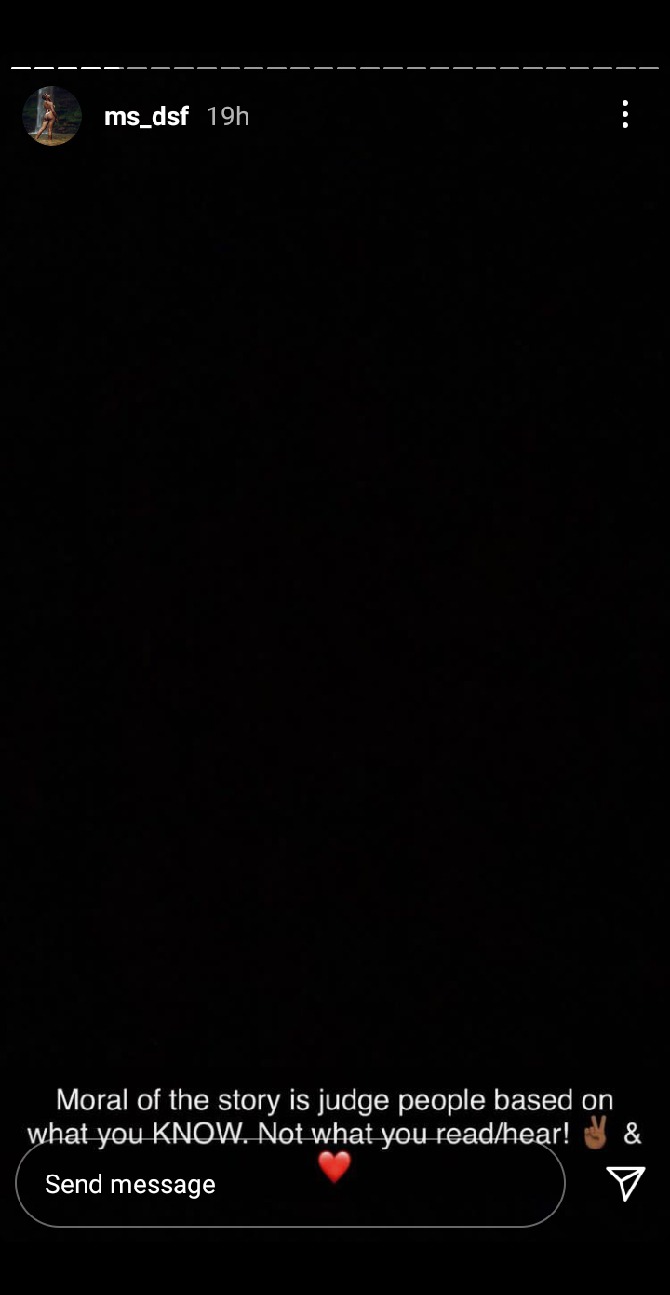 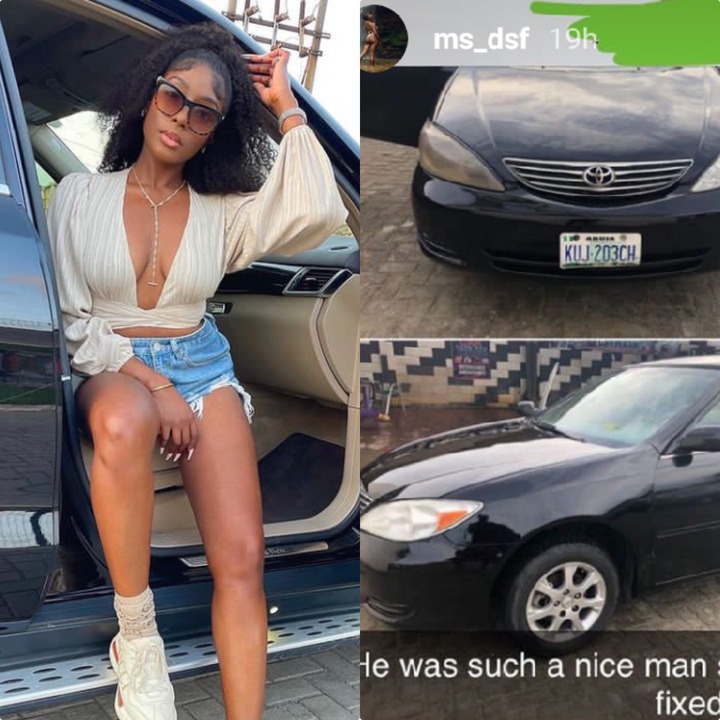