Uti Nwachukwu has named five housemates he feels will make it to the BBNaija season 6 finals.

By Danielogboso (self media writer) | 8 months ago 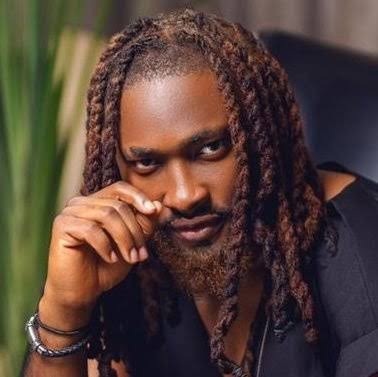 Uti is the 38-year-old representative from Nigeria in Big Brother Africa 3. He became the third evictee of Big Brother Africa 3 house on 5 October 2008 (Day 42). During his stay Uti was known for often teasing his fellow housemates (mostly Mimi and Thami). During Namibian housemate Lucille's eviction Uti had a violent out burst upon learning that she had been evicted.

Uti Nwachukwu, the winner of Big Brother Africa season 5, has named five housemates he feels will make it to the BBNaija season 6 finals.

According to online statistics, Whitemoney, Liquorose, Pere, Cross, and Angel have a good chance of making it to the grand finale, according to a post on his Twitter profile.

Because the theme is Shine Ya Eyes, Uti noted that his predictions could change if two housemates with large fan bases are up for eviction.

“LMAO… From the Online Activity, it’s obvious who the BBNaija top 5 would be this year as long as there are no awkward or tight nominations: WHITEMONEY, LIQUOROSE, PERE, ANGEL AND CROSS. Buuuut like football, ANYTHING CAN HAPPEN OOO”.

Content created and supplied by: Danielogboso (via Opera News )