Google Honours Late Oliver De Coque In Style On His Birthday: See What They Did

By ThaBlaiseInfo (self media writer) | 1 year ago

The Highlife music genre may have originated in Ghana; however, one cannot help but notice the mesmerizing nature of the Igbo style of the genre. Some of the Igbo legends of Nigerian highlife include (but not limited to) Chief Osita Osadebe and Oliver De Coque. 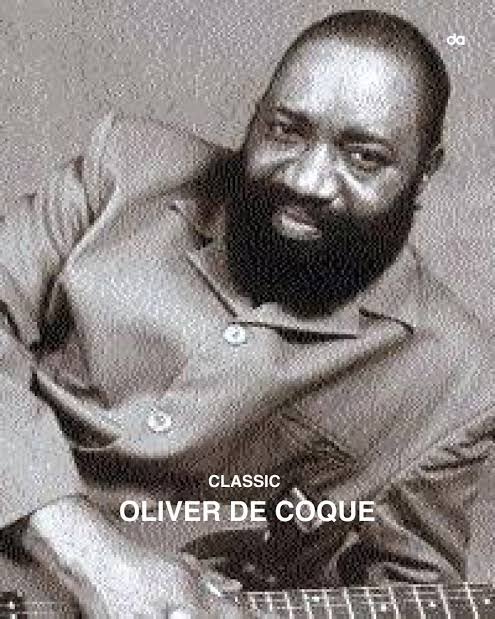 King (Dr.) Chief Oliver De Coque who was born in 1947 but died in 2008 was no doubt one of the leading West African recording artistes and guitarists of his time. Born on April 14th, Oliver Sunday Akanite (full name) hails from Ezinifite, Nnewi South, Anambra State, and was musically active from 1965 till his death in 2008. He was one of Nigeria's most prolific Singers and was also a Songwriter, Record Producer, Lead Guitarist. Most of his songs were released under the label which was known as Olumo Records Nigeria Limited. 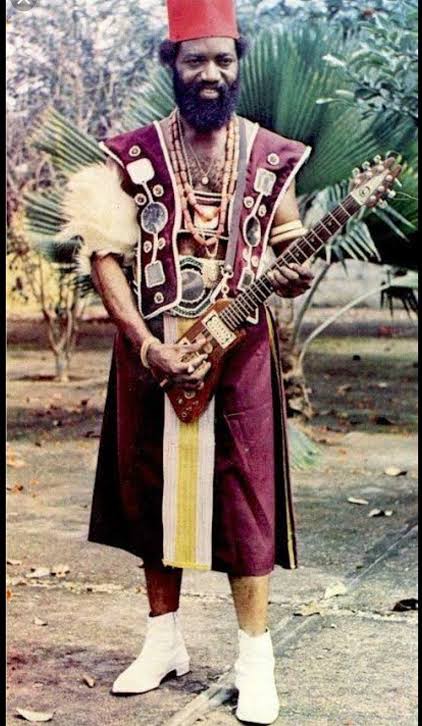 Oliver De Coque released his debut album Messiah Messiah in 1977, and has since then recorded nothing less than 93 albums in his homeland. He was one of the forces behind the dance-inspiring "Ogene" style of the igbo Nigerian high life, which fuses modern high life and traditional Igbo music. The style birthed timeless hits such as "People's Club of Nigeria", “nempi social club” and others which remained on Radio Nigeria 2's Top Ten all through most of 1981. Oliver de coque was said to have gotten married to a total of four wives throughout his lifetime and fathered a total of 12 children. 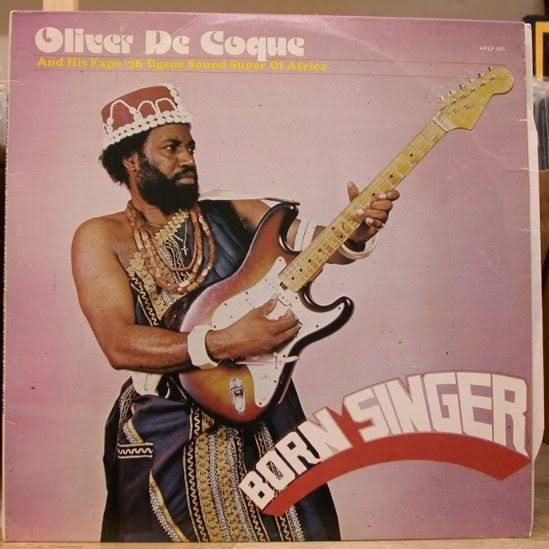 Today being April 14th is the posthumous birthday of the late legendary singer and Google certainly didn't miss out in honouring the Icon. On Nigeria's Google, the late singer has been honoured with an artistic cartoon version of his once album cover picture being used the head banner on the site. A perfect way of honouring a revolutionary artiste. 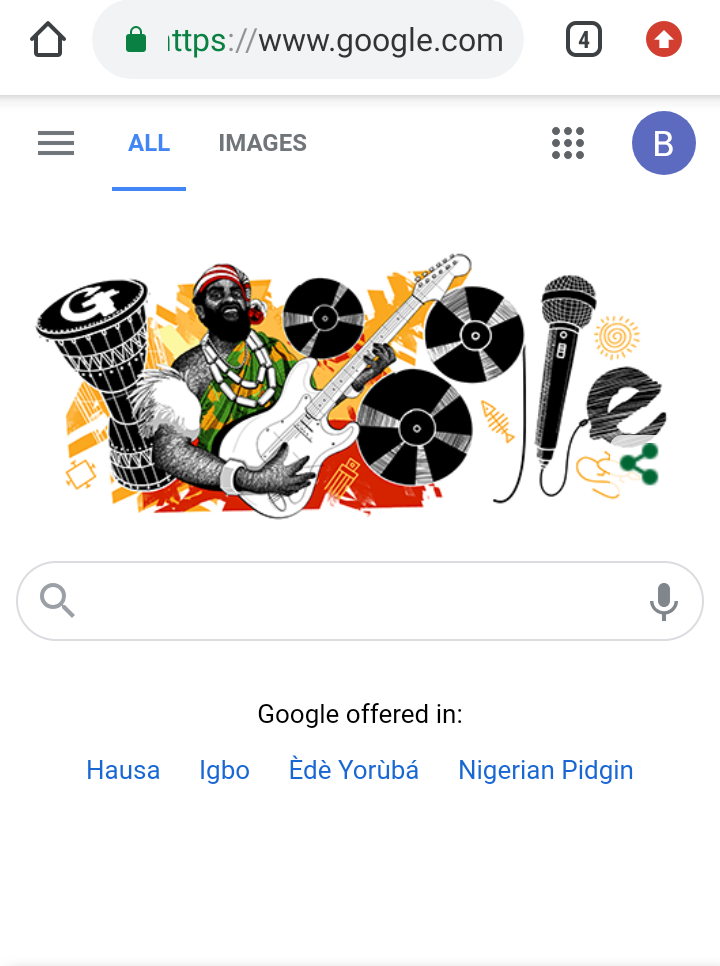 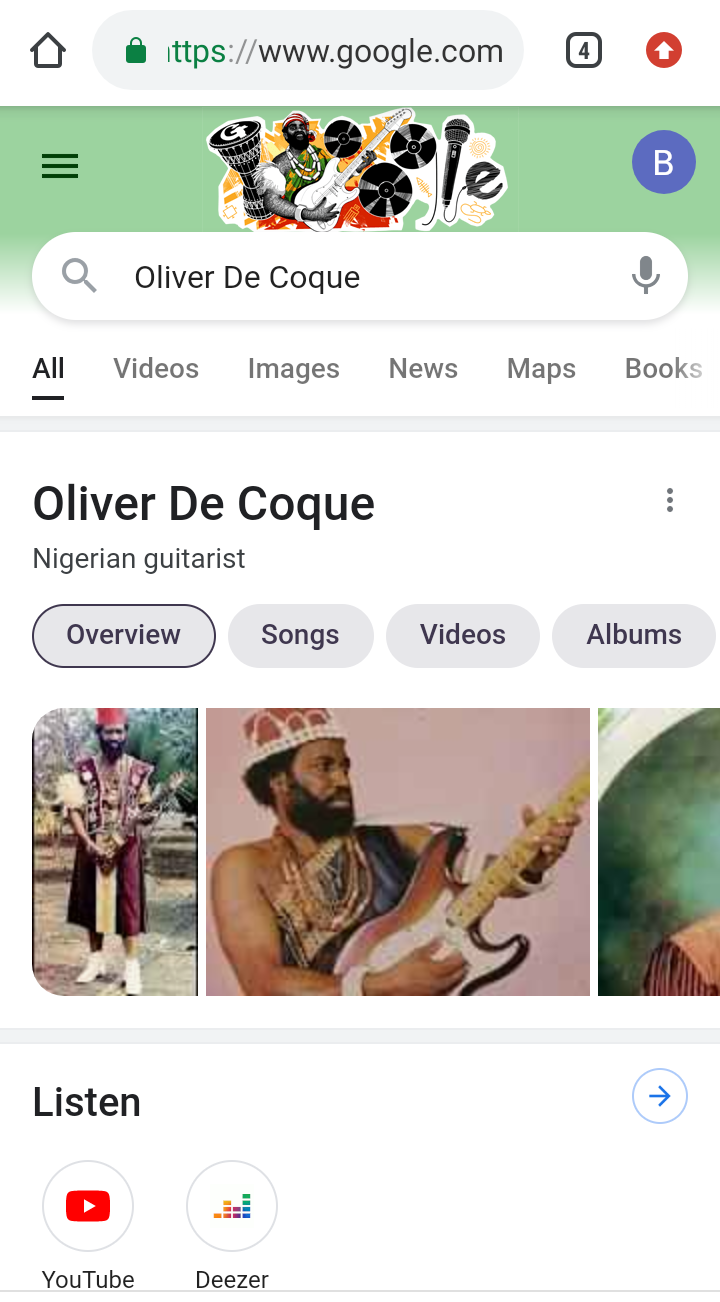