By FranklySpeakingwithJeremiah (self media writer) | 1 month ago

Popular Big Brother Naija Star, Maria Chike Benjamin otherwise known as Maria have been trending for hours following her alleged affair with a married man identified as Kelvin. This revelation came after popular celebrity bar man, Cubana Chief Priest called out Maria for allegedly having an affair with his brother-in-law. 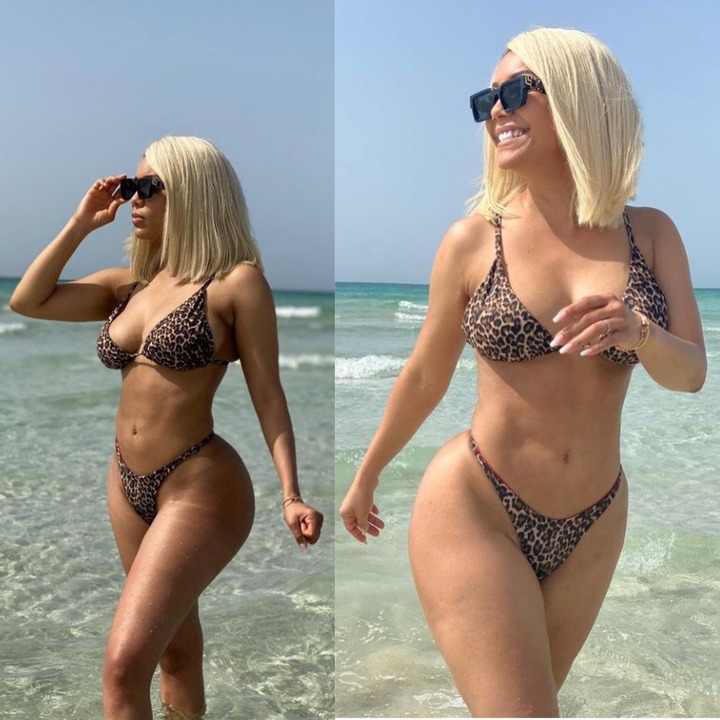 In recent developments, Cubana Chief Priest took to his official Instagram page to share a leaked chat between the Ex Big Brother Naija Housemate and his sister. From the chat Cubana Chief Priest shared, there were some genuine actions Maria took to ensure that she (Maria) corrected the mistakes she had caused, unknowingly.

Before I reveal the 3 actions Maria took, kindly go through and carefully examine the chats Cubana Chief Priest shared on Instagram between Maria and his sister: 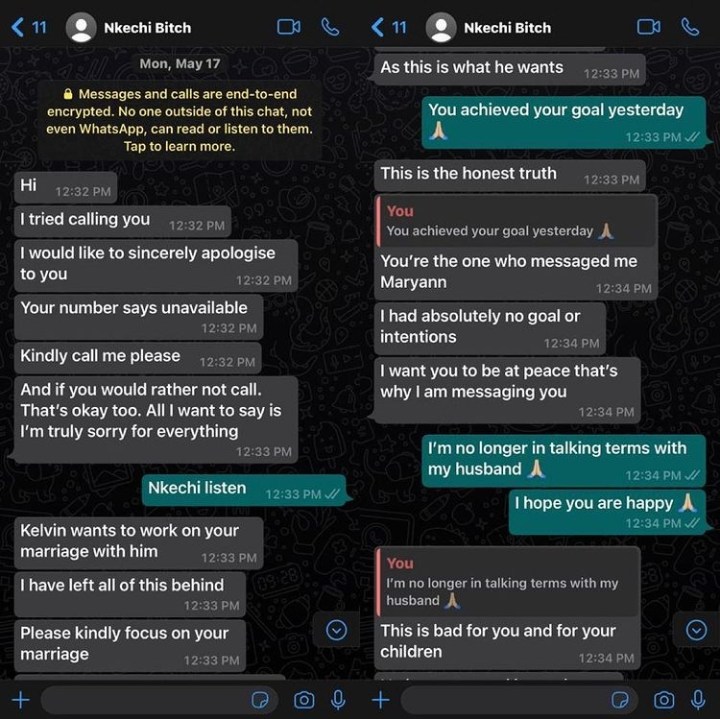 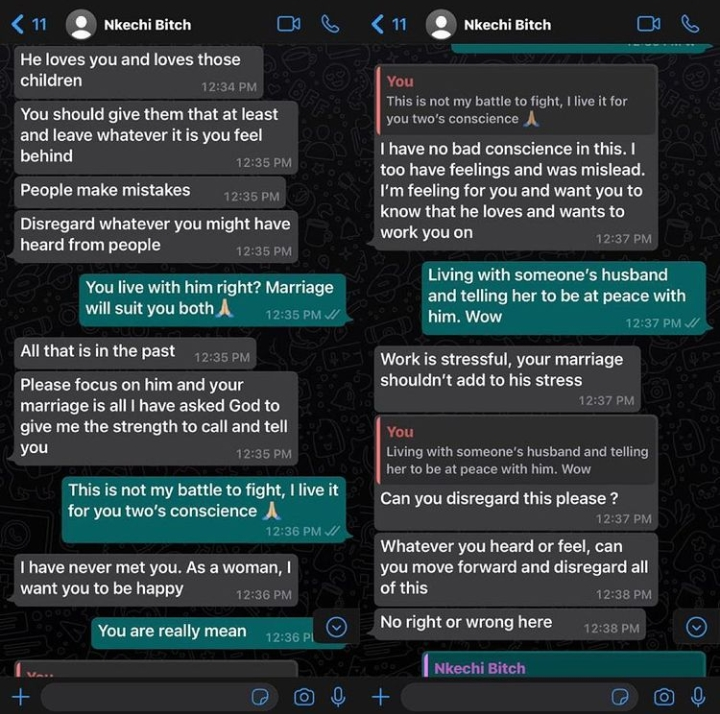 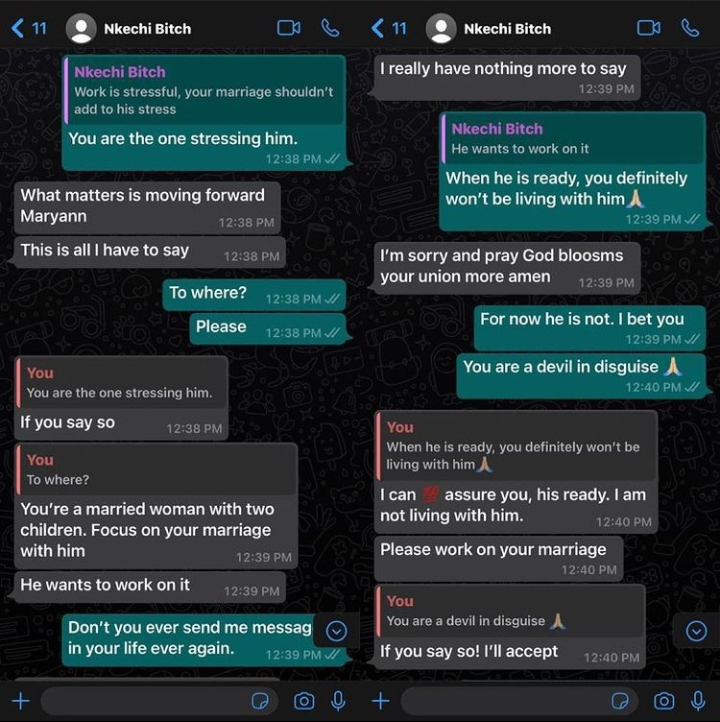 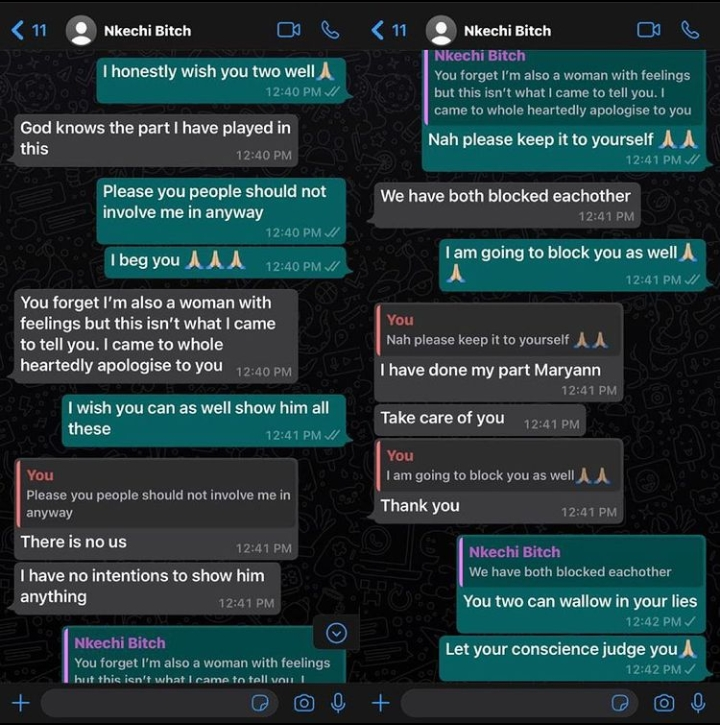 From the conversations above, it is clear that Maria was unaware that Kelvin was married. Also, from the tone of the conversation, Maria made it known that as soon as she figured out that he was married, she left the relationship.

Going further, there are some things I noticed from the chat and i am going to be sharing it with you guys shortly. If you carefully read through those chats, you will notice that BBNaija Star Maria took some genuine and decisive actions. What are those actions?

1. As a side chick (which is an established fact), the first action Maria took was to first apologise. Knowing that she was deceived and lied to, Maria Chike Benjamin still accepted the fact that she was at fault. This chat proved that as soon as Maria found out that Kelvin was married, she reached out to his wife as she wasn't aware that they were both together.

2. Secondly, after reaching our to Kelvin's wife to apologise, she also persuaded her (Kelvin's wife) to work things out with Kelvin. Maria pleaded that she focused on her marriage, due to the fact that she has kids for him.

4. She (Maria) blocked him across all her social media platforms.