By DedeEtuk (self media writer) | 1 year ago 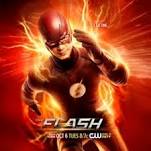 The Flash premiered in North America on October 7, 2014, where the pilot became the second-most watched premiere in the history of The CW, after The Vampire Diaries in 2009. It has been well received by critics and audiences, and won the People's Choice Award for "Favorite New TV Drama" in 2014. The series, together with Arrow, has spun characters out to their own show, Legends of Tomorrow, which premiered on January 21, 2016. On January 31, 2019, The CW renewed the series for a sixth season, which premiered on October 8, 2019. In January 2020, The CW renewed the series for a seventh season, which is set to premiere in January 2021.

The first season follows crime-scene investigator Barry Allen who gains super-human speed after the explosion of the S.T.A.R. Labs' particle accelerator which he uses to fight crime and hunt other metahumans in Central City as the Flash, a masked superhero.Barry pursues his mother's murderer, Eobard Thawne, eventually uncovering that his mentor Harrison Wells is Eobard in disguise. By the end of the season, Eobard's ancestor Eddie sacrifices himself to erase Eobard from existence but opens a singularity in the process. In the second season, the singularity brings speedster Zoom from a parallel universe, who seeks to eliminate all other speedsters in the multiverse. After Zoom kills Barry's father, Barry defeats Zoom and travels back in time to save his mother's life.

In the third season, by changing his past, Barry creates the alternate timeline "Flashpoint". He is somewhat able to restore the timeline, but causes the emergence of Savitar, a god-like speedster with a grudge against Barry. When Barry accidentally travels to the future and sees Iris West killed by Savitar, he becomes desperate to change the future to prevent that from happening. After saving Iris and defeating Savitar, Barry takes his place in the Speed Force in order to repent for his creation of Flashpoint. The fourth season sees Team Flash successfully bring Barry back from the Speed Force, but in the process release dark matter, turning a dozen people on a city bus into metahumans, masterminded by Clifford DeVoe, an adversary with the fastest mind alive. After the defeat of DeVoe, the team is approached by Barry and Iris' daughter from the future, Nora West-Allen.

During the fifth season, the team discover that Nora's presence has altered the timeline and unleashed Cicada, a serial killer bent on killing metahumans. They also eventually learn of her allegiance with Eobard, who orchestrated Nora's arrival and Cicada. Barry and Nora succeed in subduing Eobard, but are forced to let him go and Nora is erased from the timeline. In the sixth season, Barry and Iris learn that the date of the crisis in which Barry disappears has moved up to December 2019, and that in order to save billions, the Flash must die. Meanwhile, Ramsey Rosso has discovered a way to cure people through dark matter, only to turn himself into a metahuman with a violent bloodthirst. Following Rosso's defeat, Barry surviving Crisis, and the multiverse's destruction and rebirth, Team Flash try to navigate the world post-Crisis all while the secret organization Black Hole and quantum engineer Eva McCulloch, who is trapped in a dimension called the Mirror Dimension, move forward with their mysterious plans. Eva captures Iris and Kamila and later Captain Singh and imprisons them in her Mirror Dimension using their mirror versions to fight Team Flash.

Search for grab the beast.net 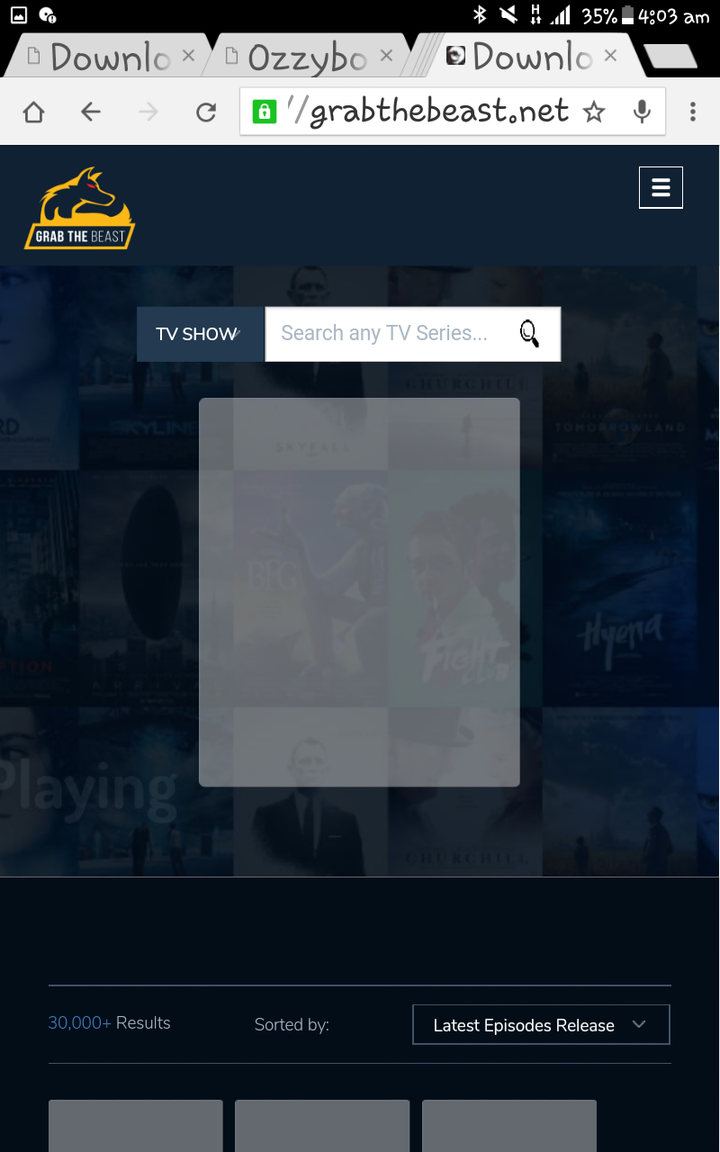 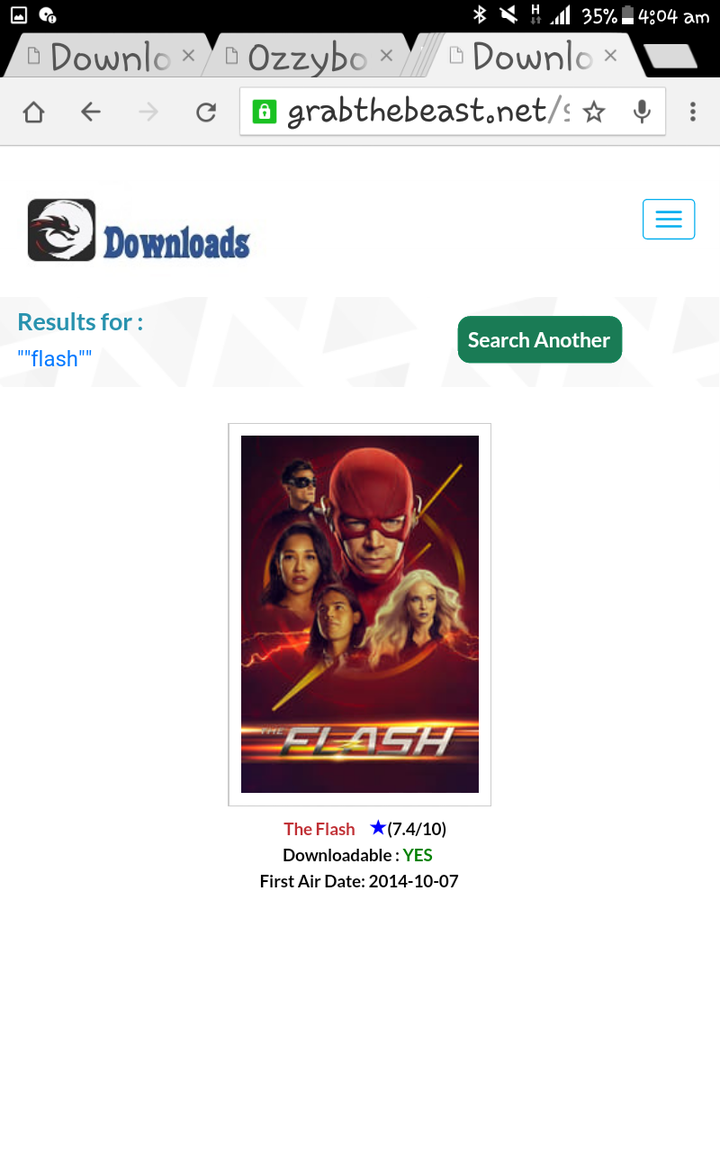 Choose the season of your choice 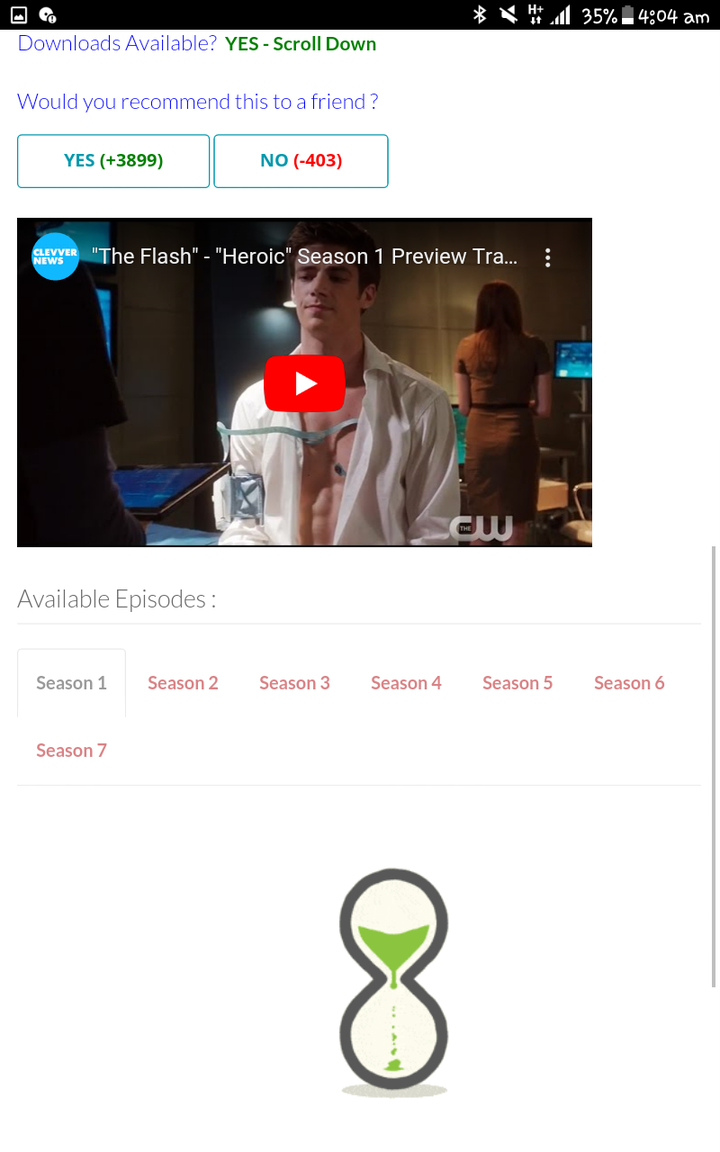 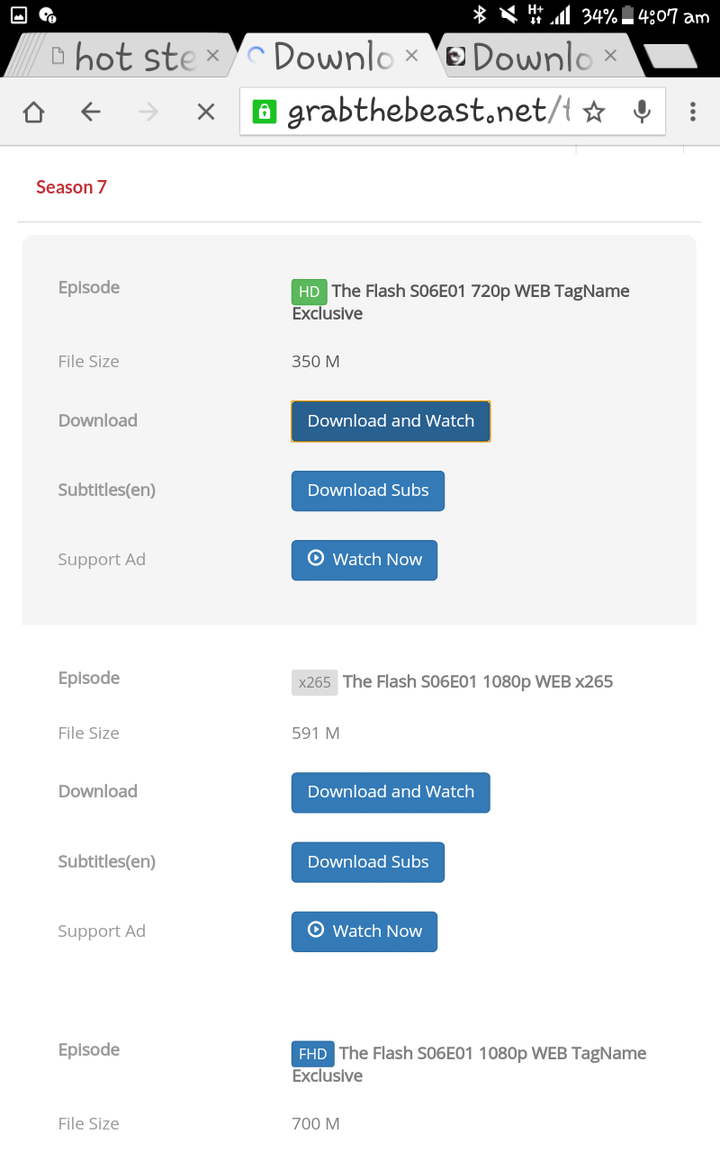 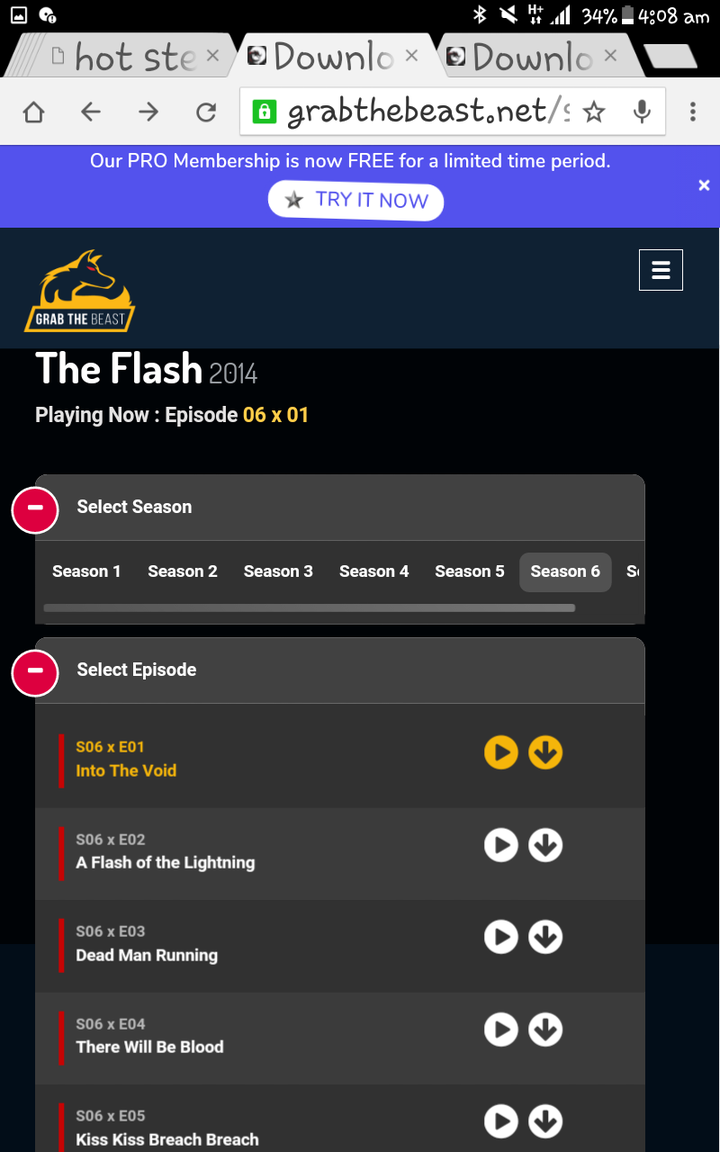 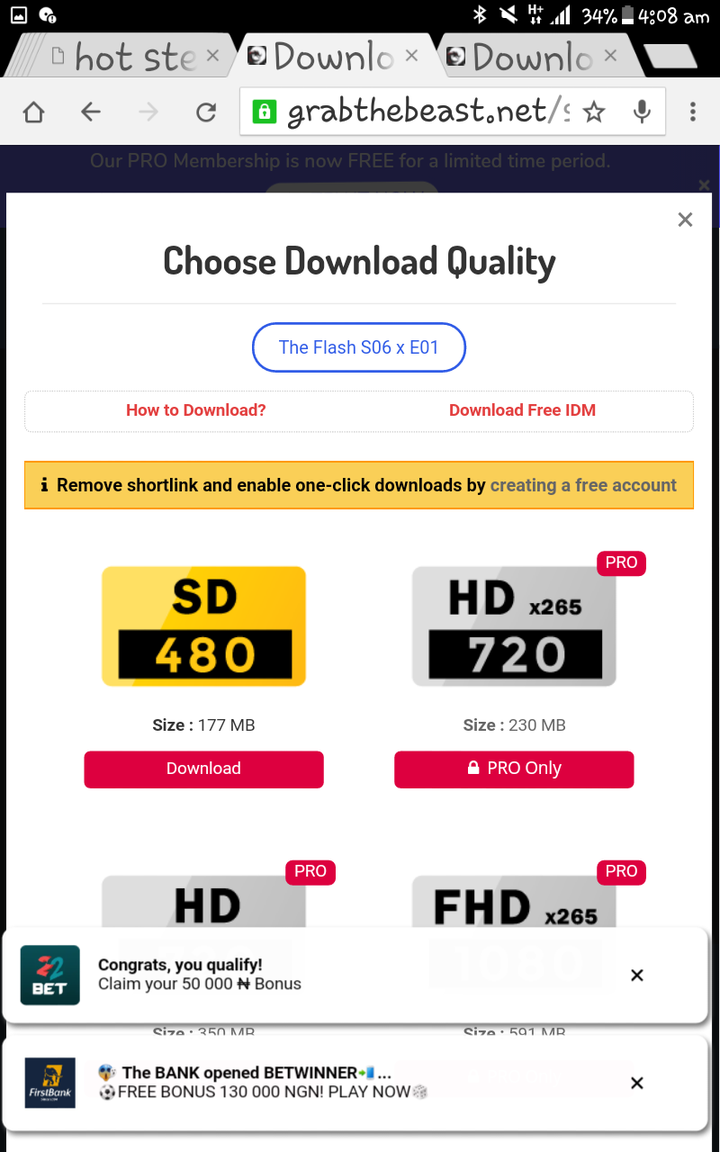 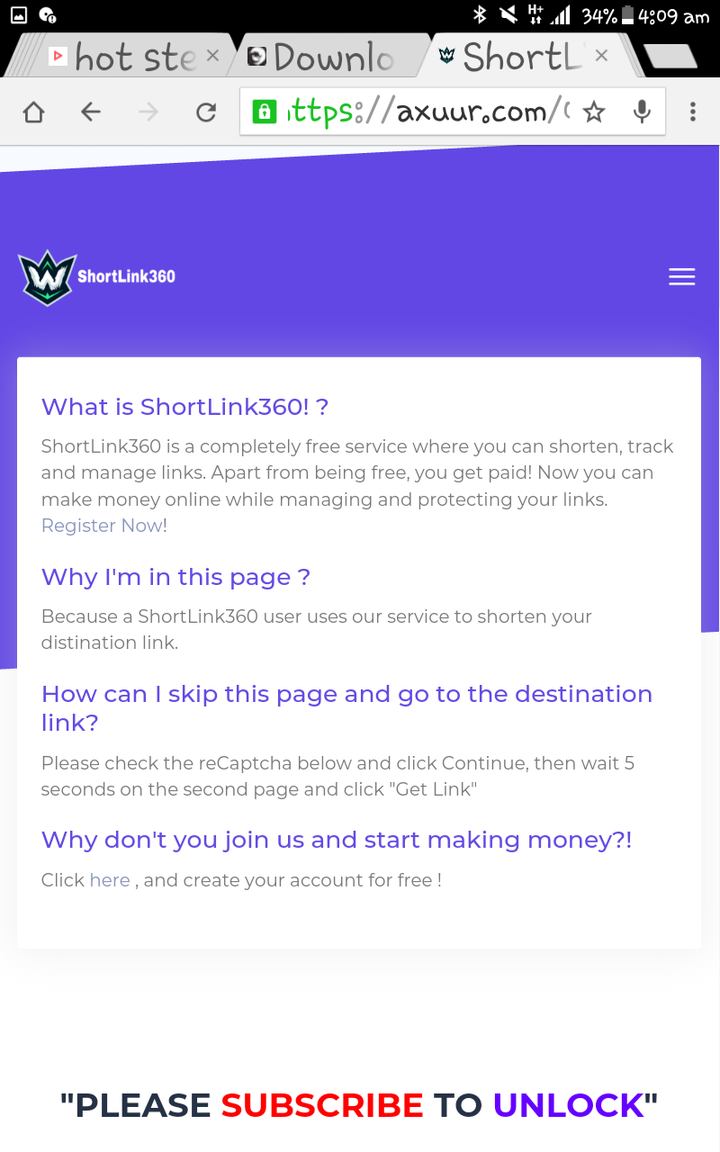 Click on the captcha box and select the right pictures 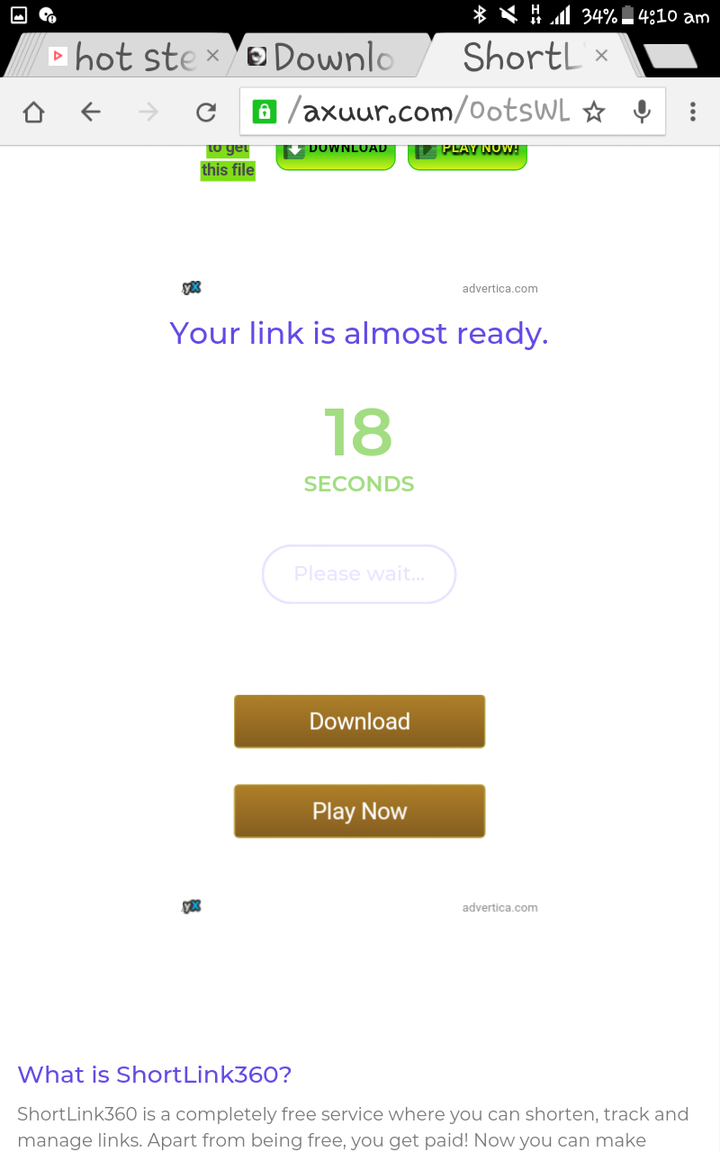 After the countdown click on the get link button