Remember The Man Who Acted as "Thanos" in Avengers? Here Are Five Interesting Facts About Him

By CKarTems (self media writer) | 1 year ago 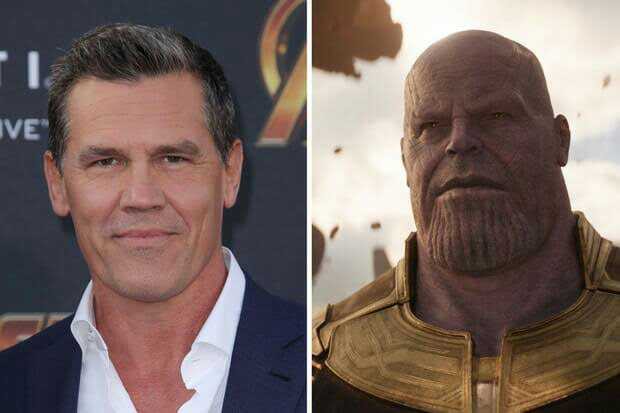 Josh Brolin, who is famous for acting as villian in the sci-fi blockbuster movie, "Avengers: Infiniity War and End Game" clocked 53 years on February 12. RNB takes a look at his family, career, and relationship. Here are five facts about him.

He was born in California to an Actor

Joshua Brolin was born on February 12, 1968 in Santa Monica, California. His father, James Brolin, was an actor and his mother, Jane Cameron, was a wildlife campaigner and hails from Texas. He grew up in a ranch in Templeton, California with small knowledge of his father’s acting career. His parents separated in 1984, when Josh was sixteen. During his adolescence, he snatched automobile to acquire illegal substances, involving heroin, an act that he detested.

He began acting in Television films

He began his career in Television films and little appearances on Television programs before playing a more character as Brandon Walsh in Richard Dooner directed movie “The Goonies” in 1985. He was selected to take part as Tom Hanson in the series "21 Jump Street" but lost the role to Johnny Depp. After watching in the premiere “Thrashin’,” he condemned the terrible role that he played and stopped acting for years, taking parts in stage performances in, Rochester, New York before taking a small part in "Roadflower" in 1994.

Content created and supplied by: CKarTems (via Opera News )