Check Out How These Nigerian Celebrities Felt About Their Tattoos (Photos)

Popular Nigerian celebrities have shared what they felt about the tattoos they once drew on their bodies. Some had a great experience and wanted to go for more, while some felt disappointed in themselves and wished they never had it in the first place.

Nigerian stars who have expressed their feelings about a tattoos 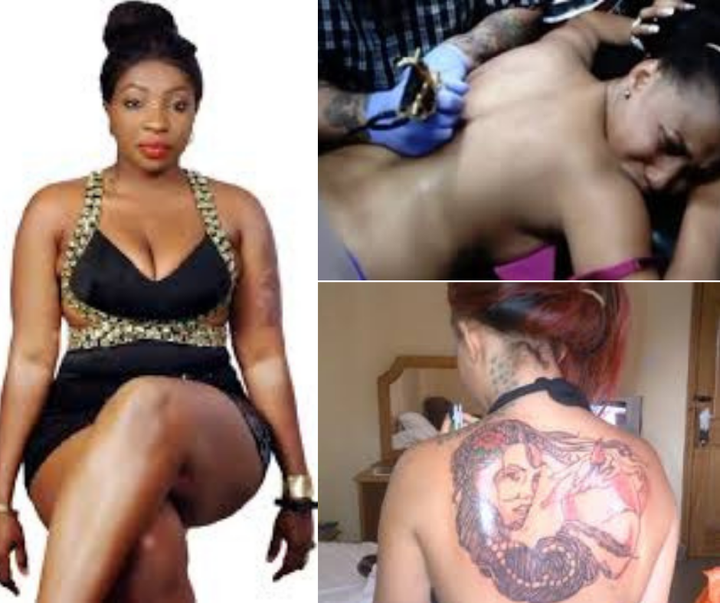 Drawing a tattoo is a trending phenomenon in the entertainment world and the reason why celebrities or influential individuals do it is quite different. Based on researches, it is really difficult to fathom out a reason they all share.

In simple terms, a tattoo is a form of body modification made by inserting ink, dyes, and/or pigments, either indelible or temporary, into the dermis layer of the skin to form a design. Any changes to natural beings are highly prohibited from a religious point of view.

Most Muslims and Christians believe tattooing is unethical and sinful. This is because the whole thing involves changing the natural creation of God, inflicting unnecessary pain in the process. In short, both religions see the practice as disgusting and dirty things.

In terms of safety, bleaching of skin, infections, and other complications are possible, like allergic reactions and itchy rashes. Sadly enough, all these problems can occur even years after one has drawn it on his or her body.

Of course, it is a free world where one is entitled to his own opinion and freedom. In as much as tattooing doesn't infringe on other people's liberty, nobody cares? In this article, you are going to read about some celebrities who have expressed their feelings and secrets behind their tattoos. 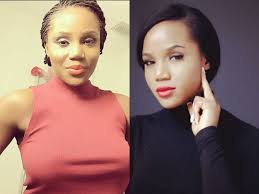 Whoever claims to be a "bad girl" in Nigerian entertainment today should be told that Caroline Sam popularly called Maheeda was here before her. There is no controversy about that.

In 2015, she wanted to step up her game to show how bad she was by drawing a tattoo on her private party. She eventually did it by writing the word "HIV" and sharing pictures that captured the moment the tattoo was being drawn.

The Holland-based Nigerian singer who liked stirring commotion with her nudity had taken to social media to make the announcement.

Before then, she had equally stirred reactions in 2014 when she advocated for the legality of prostitution in the country. Sharing nude pictures and videos is what she liked to enjoy as pastimes. 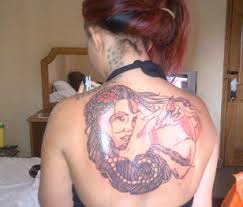 In 2017, the popular Nollywood actress warned her fans to stay away from tattoos because once one gets involved, one might get addicted to them. The Nigerian star who is currently having a relationship crisis with a politician lover had taken to Instagram to share a photo story of how she shed tears while getting the tattoos back then.

She had further claimed that she endured the pains like a strong lady because she was doing something that meant a lot to her back then.

Tonto Dikeh who divorced her husband, Olakunle Churchill more than a year ago claimed to have found love during her birthday early this year but a few days ago, the relationship hit the rock. 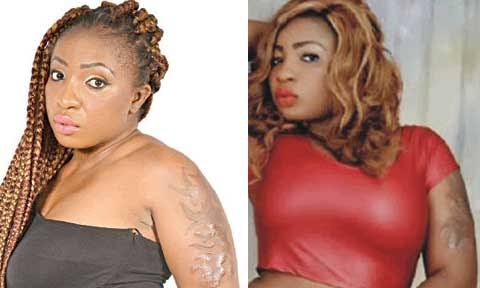 Unlike Maheeda who wanted more tattoos on her body, this Nollywood actress and singer shared a bitter experience about the one she once had around 2013.

She had taken to her official Instagram page to share her regrets about having it all over her body. She described the idea as rubbish, childish and unnecessary

Apart from regretting the action, Anita Joseph also affirmed the same position by Tonto Dikeh that tattoos are addictive.

So, when asked why she tattooed her body in the first place? She replied: “I thought they were cool. They were trendy at the time and I thought it was something cool to have. I was only being a gal”, Anita remarked.