20 Big Movie Mistakes That No One Probably Saw

By Jay-World (self media writer) | 1 year ago 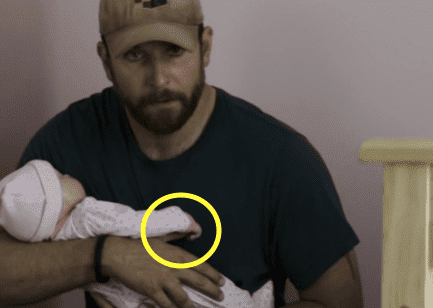 Movies have the power to transport you into another world, but humans make movies and that's why there can be imperfections in them. In this list, you will find out how even the most hardworking and talented directors and actors made mistakes in their movies. Grab your popcorn and read on to find out which movies made BIG mistakes that no one saw - until now!

The 2004 film The Aviator was a critical and commercial success. In one of the scenes from the movie, Howard Hughes (played by Leonardo DiCaprio) buys chocolate chip cookies. 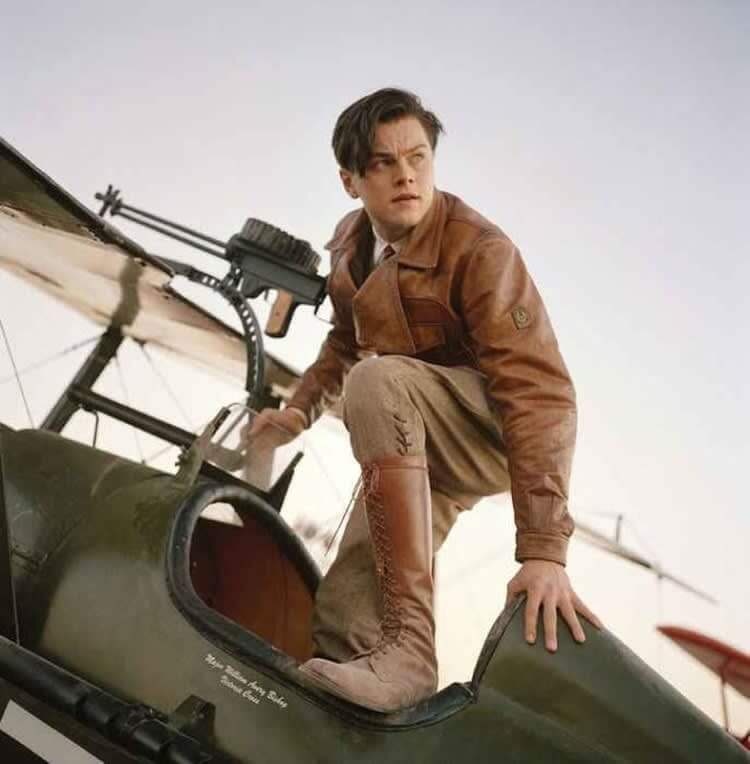 Well, it is blooper because the writers didn't realize that chocolate chip cookies weren't even created until 1930, which is two years after the movie was set.

This 2012 hit film made an error which many people noticed and many didn't. In the movie Django (played by Jamie Foxx) wore sunglasses. But the thing is that they weren't really common back then and were mostly used only when prescribed by doctors. 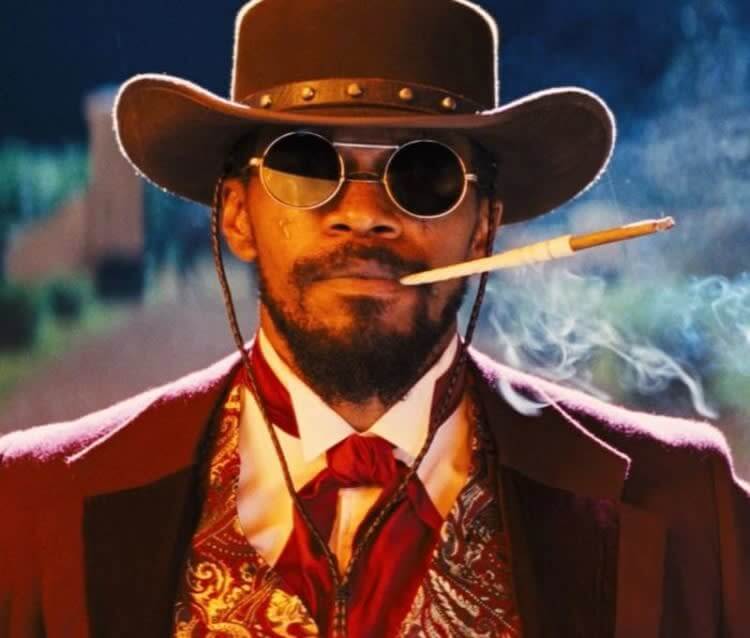 Given that Jamie Foxx was so good in the movie, most of us simply ignored or forgave this big mistake.

Titanic became the biggest grossing film of all time and was a huge hit among the audiences and the critics. However, most viewers didn't notice that Jack (Leonardo DiCaprio) tells Rose that he and his father used to fish in Lake Wissota. 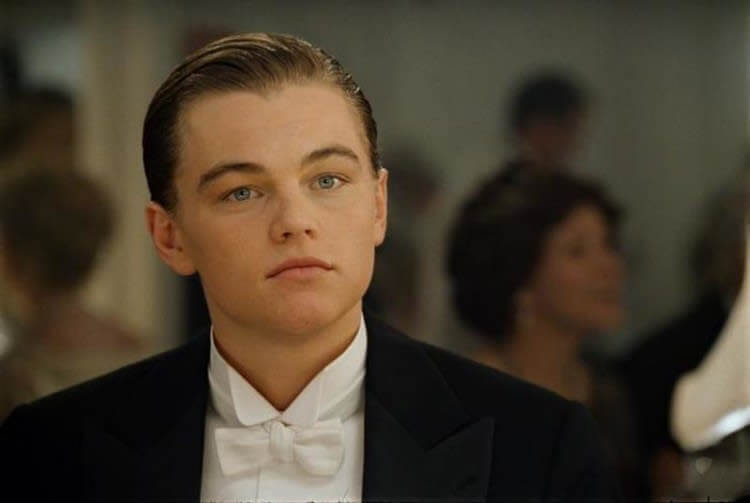 It was a good story to tell a girl, but the problem is that Titanic sank in 1912 and the Lake Wissota was formed in 1917.

This American epic historical fiction war film was nominated for ten Academy Awards and won five. But the issue is that William Wallace (Mel Gibson) character wore a kilt. 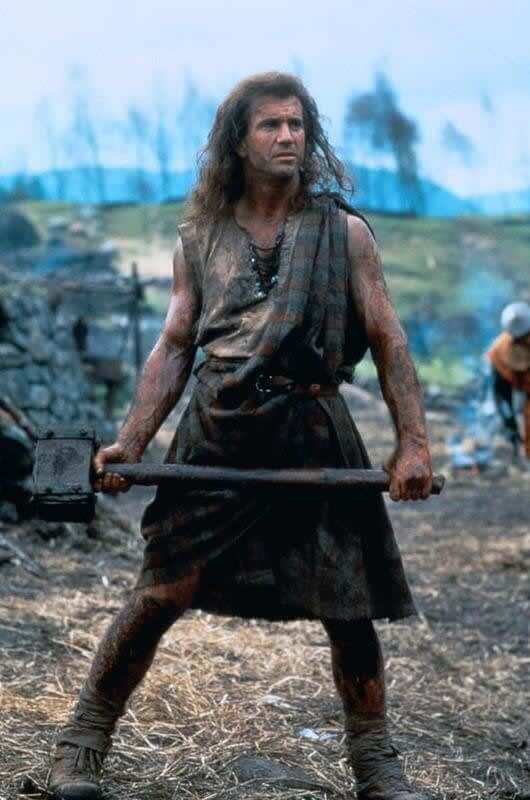 It is because Scots used to wear them, but not in 1300 in which the movie was set. Wearing kilt became popular in the 1600s.

Okay this is one of those errors that could make anyone laugh. In the movie, Forrest Gump receives a mail from Apple. But the movie was set in 1975! You do the math. 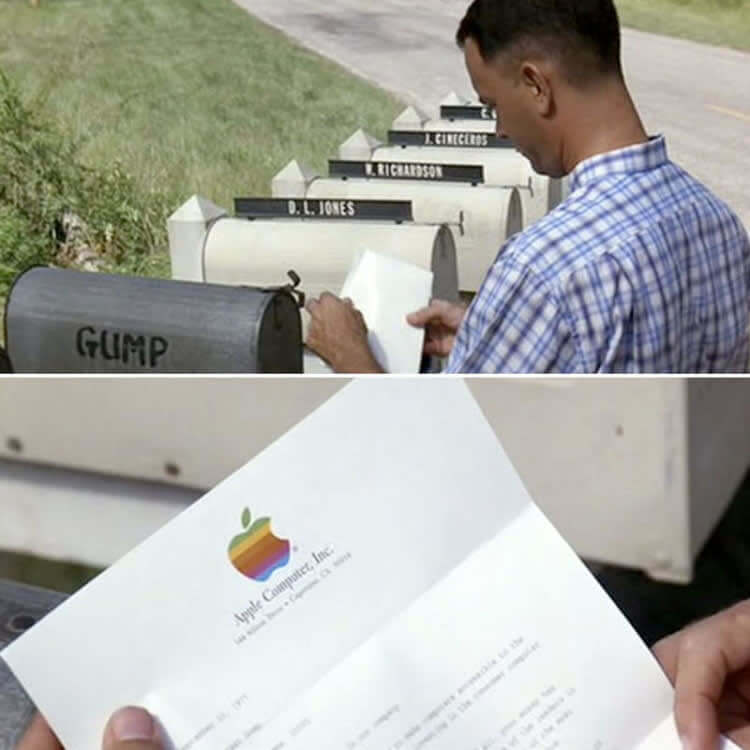 Surprisingly, the famous rainbow logo of Apple was not even designed until the following year and Apple became a publically traded company in 1980s.

Any fans of Russell Crowe and his famous role of Maximus Decimus Meridius? Well, his character in the movie is also called 'The Spaniard,' which is in fact an old French word that was invented in the 1300s. 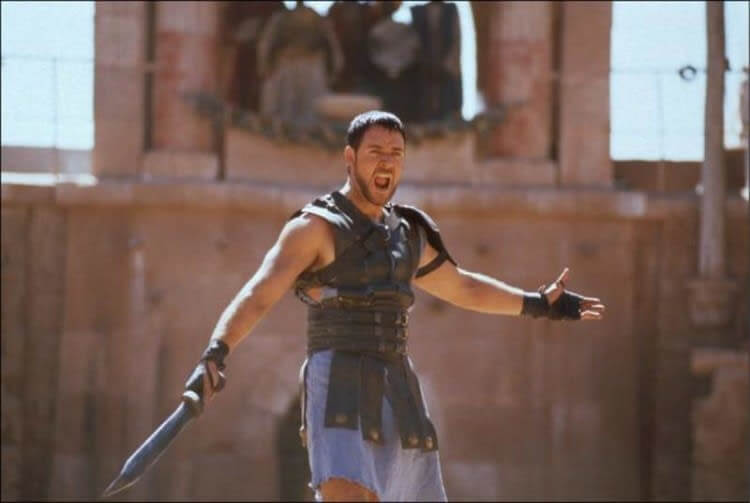 It was a silly mistake from the writers as Gladiator movie was set in 180 AD, a thousand years earlier!

Christopher Nolan is frequently called a perfectionist, but it seems like there was one proofreading mistake that he and his team didn't notice. 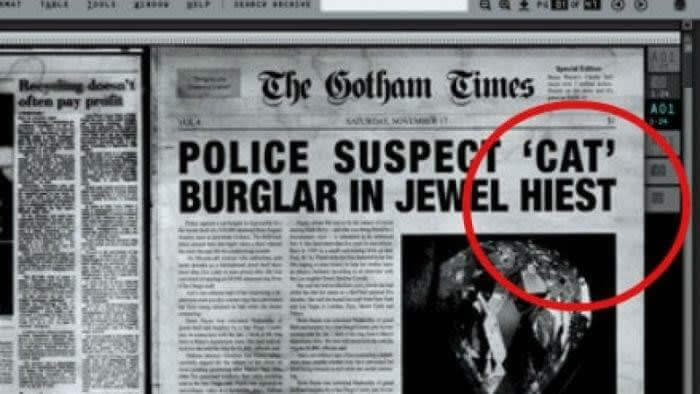 By the way, the word "Hiest" can even make the fans of Money Heist a bit angry.

In the movie, you can see the characters playing a game on Xbox 360. The Xbox itself didn't come out until 2005 and the game they were playing, Gears of War, was released in 2006. 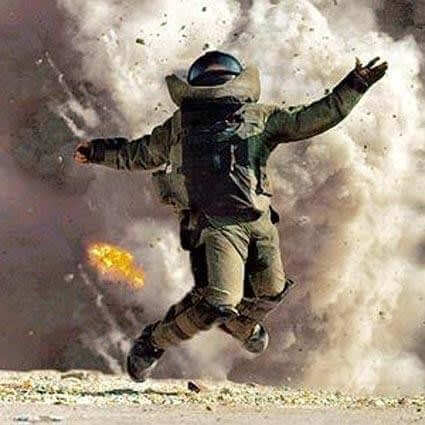 As the movie took place in 2004, this little error is enough to make it on our list.

12. Harry Potter And The Chamber of Secrets

You can find tons of bloopers of the famous Harry Potter film series. It is probably because most of the actors in the films were kids. But there is one particular blooper that is absurd and unbelievable. 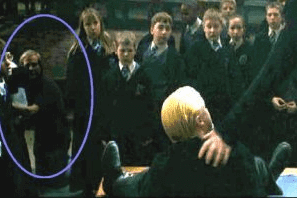 You may remember the scene in which Malfoy is on the ground and Hogwarts students are looking at him. In that scene, you can clearly see a cameraman and it makes one think that were the editors smoking something during post-production. It cannot get as clear as that.

11. Pirates of The Caribbean

If you're a fan of Pirates of The Caribbean movies, you may have noticed that Captain Barbossa likes to eat apples. In one scene, you can see him with an apple, Granny Smiths, which actually didn't even exist until 1868, approximately 140 years after the film was set. 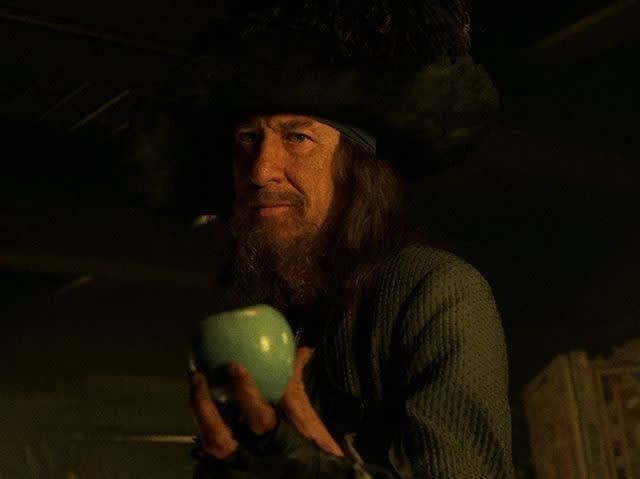 Even if you love apples and the Pirates of The Caribbean, we're sure you didn't know about this fact.

We all know how great of a wizard Gandalf is, but we didn't expect this from him. Apparently, Gandalf was not only after the Ring but also watches as well. In one battle scene, you can notice that he was wearing a watch. 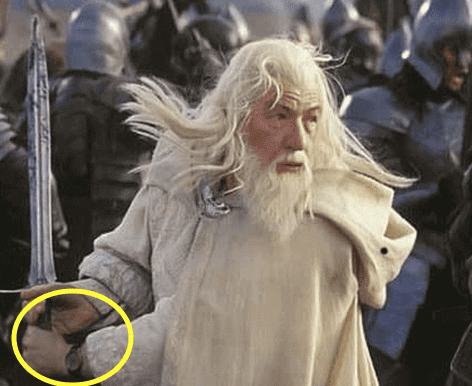 Although not many people noticed the blooper, some people were quick to point it out. It is safe to assume that even if the audiences had noticed the watch, they still would've been as much passionate as they still are.

Here is another error from the Gladiator movie. The movie was great, but how could they not notice this mistake in post-production. The error is from one of the most famous scenes from the film and we can clearly see a gas canister in the back of a chariot. 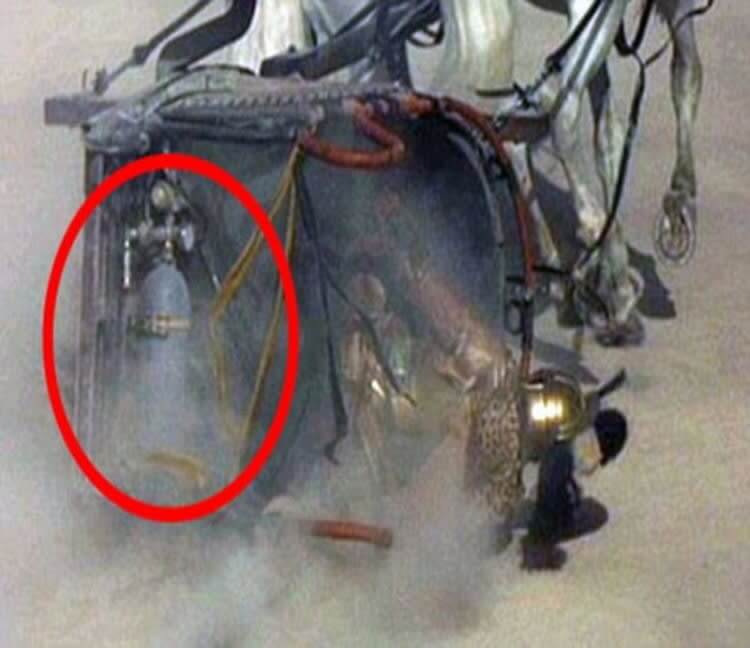 We are somewhat happy that they didn't cut this scene because this blooper has become quite popular as well.

8. Back to The Future

If you're a big fan of the movie, you must have remembered the scene when Marty McFly travels back in time to 1955 and goes to a high school dance to play a cool Gibson ES-345 guitar. 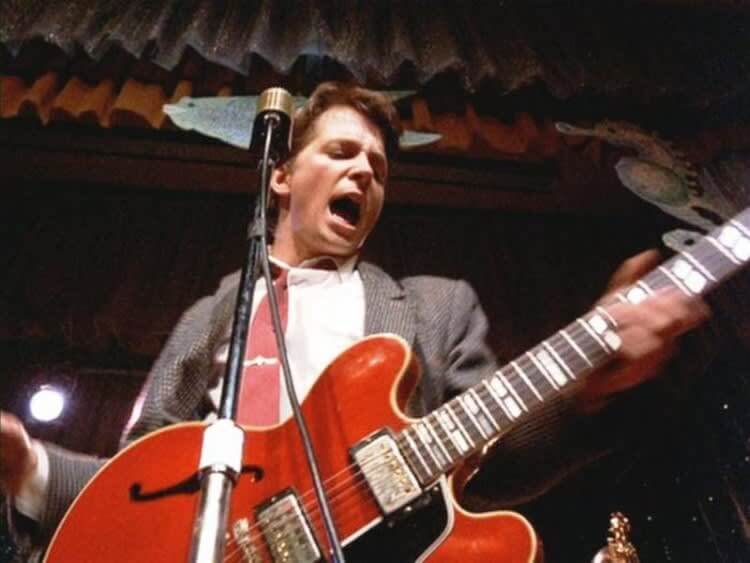 It is a big blooper because the ES-345 wasn't even produced until 1958. Maybe it only happens in time traveling.

The 2004 film Troy was a huge critical and commercial success as it has all the ingredients to be a memorable movie. The main character, Achilles (played by Brad Pitt), was brilliant and the director, Wolfgang Petersen, was superb as well. However, the movie itself wasn't perfect as it has many mistakes in it. 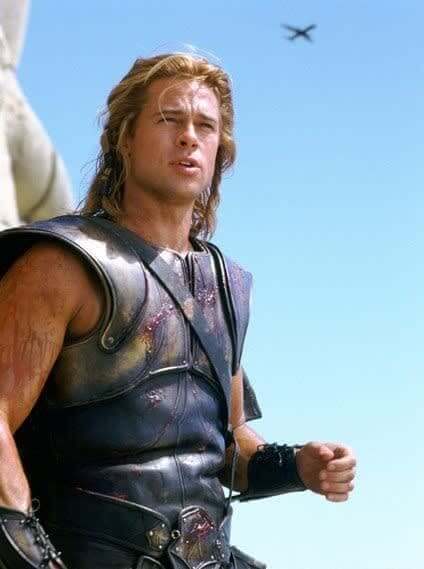 The people noticed that you can see an airplane flying above Achilles during an outdoor scene. It later turned out to be a hoax-photoshopped as part of a contest. Still, there are many bloopers and mistakes in the film and all you need to do is look closely.

This error is something you may have thought about while watching the movie. You see, the Xerxes army tries everything to beat the Spartans and even use bombs to defeat them. 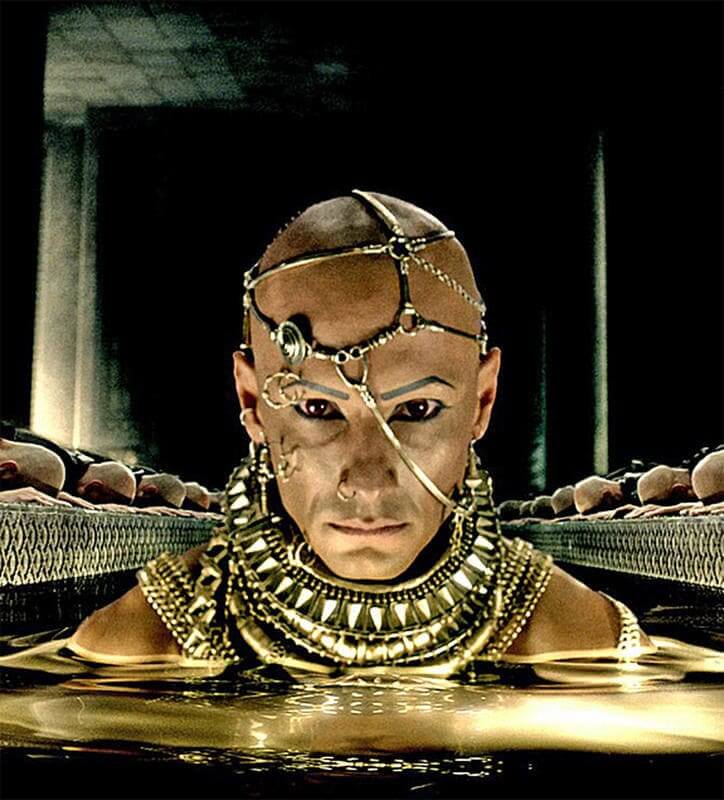 It is a huge error because the black powder wasn't even invented until the 9th century. The movie is great but not historically correct.

Sherlock Holmes is an excellent movie to watch, especially the chase scene at the end of the film, which started in the sewers and ended at Tower Bridge. 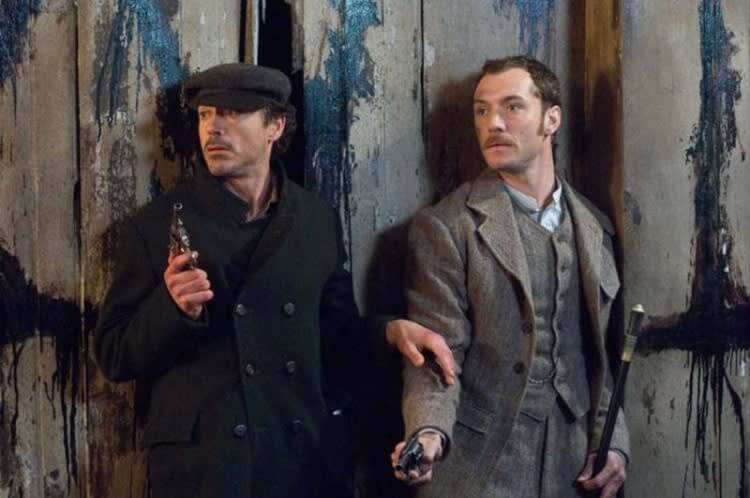 However, the issue with it is that the sewers at the Houses of Parliament and Tower Bridge are over two miles apart. So, it is not feasible at all.

This 2001 classic kid’s movie has many fans all around the world. In the film, brother and sister find out that their parents are spies and decide to rescue them after they are captured. 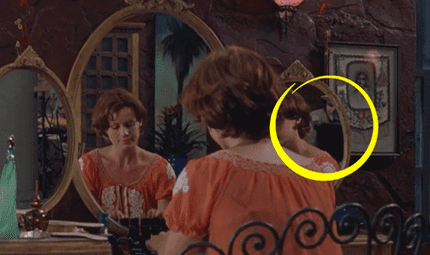 In one scene, we see that Carla Gugino is sitting in front of the vanity mirror and you can clearly see a cameraman with a pale purple shirt. By the way, there are plenty of other mistakes and bloopers in the film as well.

It won't be wrong to say that Spider-Man started the superhero movie trend back in 2002. In the movie, Peter Parker (played by Tobey Maguire) discovers his ability to shoot webs and starts experimenting in his room which results in him breaking a lamp. 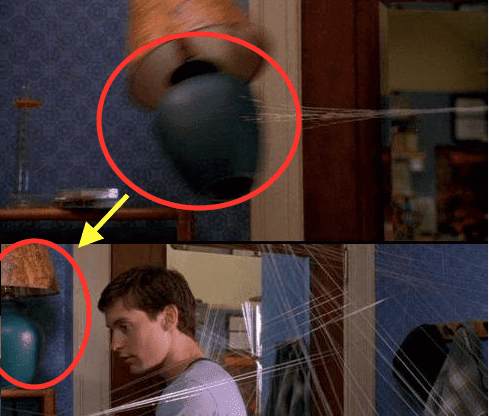 However, moments later you can see that the lamp is back on the shelf again and there is not even a single scratch on it. How is that even possible?

The Usual Suspects is one of the best neo-noir mystery movies and it has some of the best cast as well. In the movie, you can see that the characters are about to rob a police car near the airport. 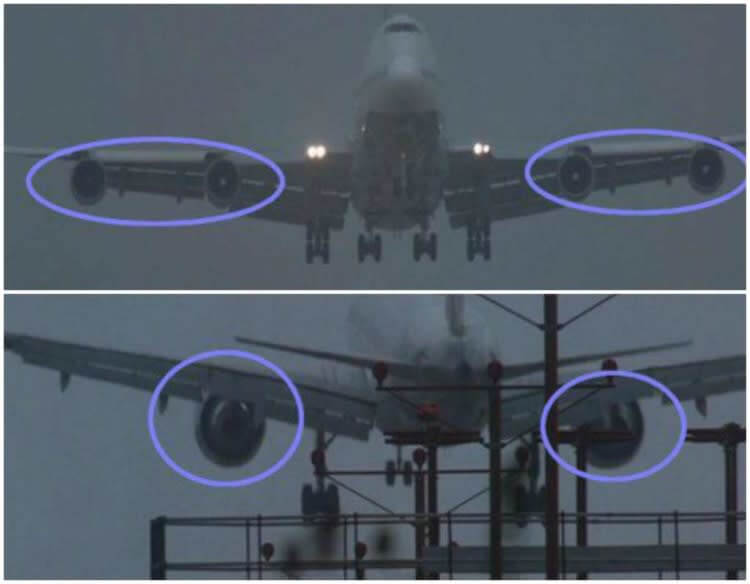 The first scene shows the front of a 747 with four engines and moments later the second scene shows the back of a 767 with two engines. No one can still figure out the mystery behind it. Do you have anything to add? 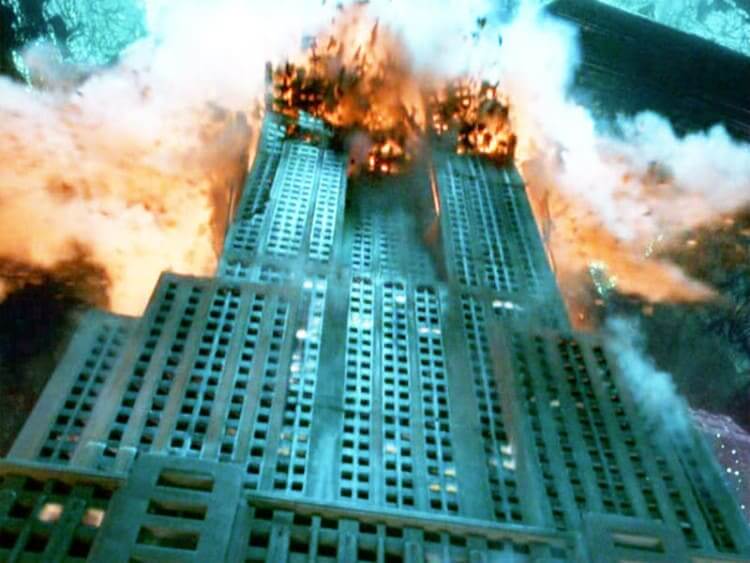 In the movie, the address of the building is 53rd street, which is 34th street in real-life.

This 2014 American biographical war drama film received a lot of positive reviews as well as six nominations at the 87th Academy Awards, ultimately winning one award for Best Sound Editing. It explains a lot because in one particular scene, many viewers quickly notice that the baby in the arms of Chris Kyle (played by Bradley Cooper) is limp and lifeless. 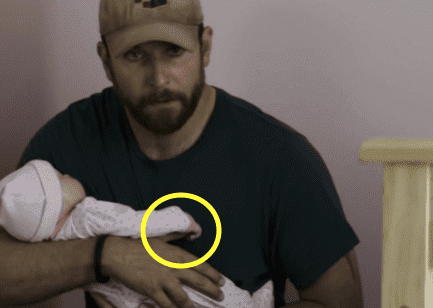 It is because the acclaimed director, Clint Eastwood, decided to opt for a doll because directing babies isn't easy. The scene somewhat ruins the fun of a movie that is quite good.

Do you know any other movie faults? Feel free to share in the comments section.

Content created and supplied by: Jay-World (via Opera News )