By TwinkleBeautyBlog (self media writer) | 1 month ago

Nosa Rex Okunzuwa, popularly identified by fans as Baba-Rex, is a Nigerian Movie actor, content creator and producer. The light skinned Nollywood star, Baba-Rex is not just a movie star, but also a fashionista who has shared some sweet moments with his wife, that can inspire other couples.

So in this fashion content, we will be looking at some fashion moments of Baba-Rex and his wife, and also how they inspired us with their fashion creativity. 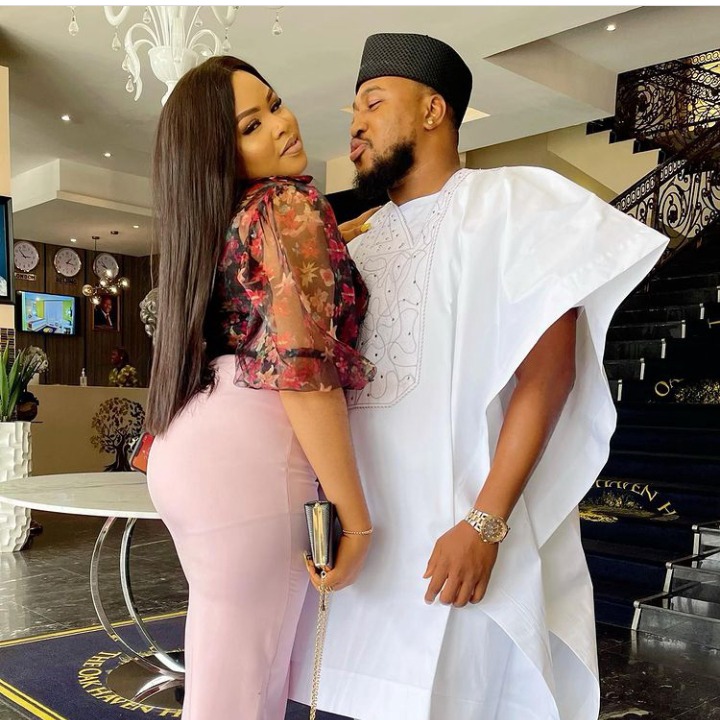 The above is a sweet appearance that is perfect for Sunday Church Service, and also some outdoor ceremonies. The hubby wore an Agbada white sewing, coupled with a black cap, which made him look cool and captivating in appearance.

His sewing is worth copying by married men, and mostly should be worn when stepping out to outdoor ceremonies like wedding ceremony or Church events. Such outfit also can be really perfect with a classy black shoe.

Then the wife wore a normal corporate wear, which is known as 2 pair attire, and offered her a glowing appearance, as those colours complimented her skin tone, by making her glow in appearance.

Most of you might think their appearance never matched well, but it did. Such appearance are perfect for couples who are stepping out on a date or dinner party, or even a Church event. Couples outfit must not have a matching colour, but can comply in statement and event. The above is a simple dinner wear which is known as causal outfit, and it's perfect for some common events. The couple wore a matching colour attire, which made them glow well as it compliments their skin tone.

Looking at the above, it's a yellow and black combination, and we all know that yellow and black are good matching colours. So the wife wore a yellow gown, which did well to match with the hubby who rocked a black shirt and trouser, coupled with a black canvas.

Also the wife wore a heels, which made her appearance look more classy, and the black long wig perfect her, because there is no best colour of wig, prefect for her outfit that's will be best like black. The above is a simple but classy appearance for causal events. 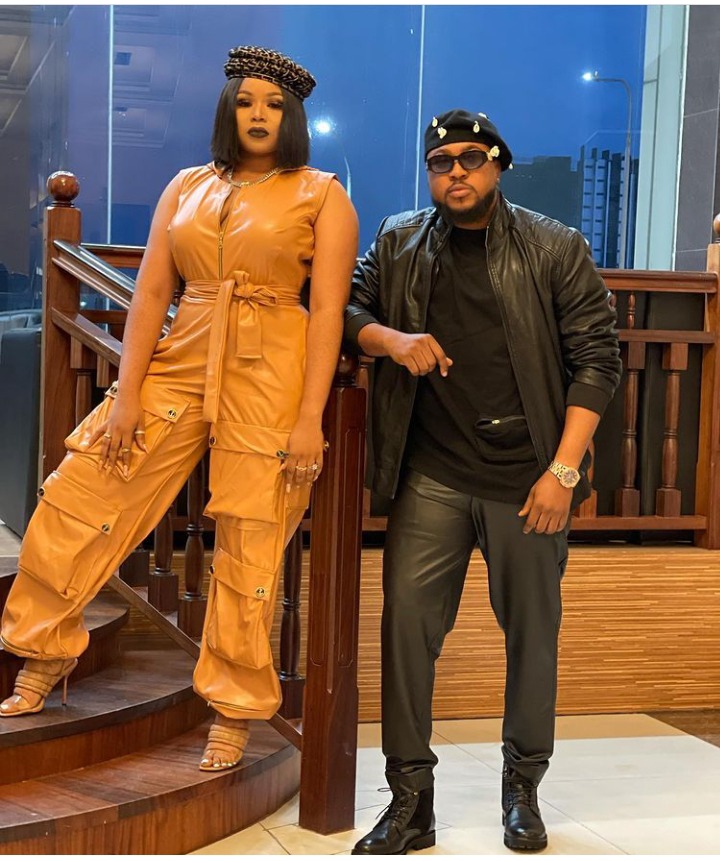 Above photo is a super unqiue and stunning look appearance. Every young couples who want to look sweet when stepping out to any form of evening parties or friends hangout can try out such combination.

Looking above, is a pure brown and black combination, as the man rocked an all black attire from head to toe, while the woman did same with her Brown wear, but wore a black barrate to compliment her hubby's appearance.

The ability for you to be creative in fashion, is knowing how to merge colours well. The coffee brown colour suits the wife's skin tone, and also the black did good for the hubby. Such appearance is worth copying by young couples, when stepping out for evening parties.

Content created and supplied by: TwinkleBeautyBlog (via Opera News )