Everything you need to know about the movie Living In Bondage (Breaking free).

By PonderAnew (self media writer) | 2 years ago

"When you make sell your soul to the devil, he comes for everything, including lineage" - Andy Okeke

This singular quote is the central idea behind the the sequel to 1992's Living In Bondage starring Kenneth Okonkwo. It captures the entire essence of the movie's plot with masterful brilliance. Although I saw the original LIVING IN BONDAGE of the 1992 as a child, I didn't recollect much of it's plot . Growing up, my dad would always tell me the sad story of Andy Okeke who sacrificed his loving wife, Merit on the altar of money and power. What I never knew was that someday, someone will attempt to reboot what many refer to as the very first Nigerian movie. 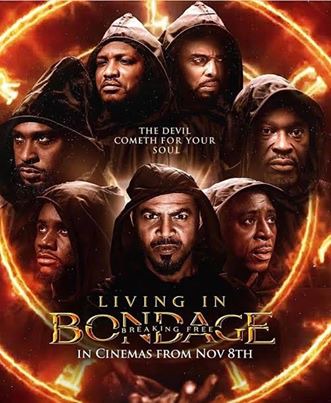 When I first heard about plans for a remake/sequel to the 1992 movie, I had mixed feelings about seeing it. I was never a fan of the whole idea of making movies about ritual killers. However, when I saw the trailer I changed my mind. I knew they were about to bring something different.

Firstly, the opening scene was absolutely breathtaking. How best to start a movie about ritual killings than kick off with one. It begins with the innocent and naïve voice of a little girl singing the popular Igbo lullaby "Onye mere nwa na ebe akwa" while being carried by her father to be sacrificed unbeknownst to her.

After the opening credits, we're taken to the streets of Lagos as we meet young and ambitious Nnamdi, with dreams of starting his own advertising firm. Things didn't go as planned causing him to lose a job that took him 5 years to get.

After a brief quarrel with his foster family over a bashed car, Nnamdi returns to Lagos with a earnest desire to make it at all cost. His quest for money and power brings him under the radar of Richard Williams, a charismatic but enigmatic business man. Richard uses the promise of wealth and untold power as bait to lure Nnamdi into joining the Six, a secret society to whom his estranged father once belonged to. 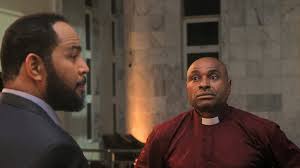 With Nnamdi now a member of the Six, his life seems to taken a most dramatic turn. He now has all he could have only dreamt of: a mansion, fleet of cars, expensive clothes. But of course there is a catch: in the words of Richard Williams "when you take you must give". What will Nnamdi have to give in return for his great fortune? Will he toe the path of his father, Andy or will he carve out his own destiny?

Living In Bondage: Breaking Free is a masterpiece of filmmaking. A supernatural thriller that beautiful cinematographer, music, acting and direction. The cinematography is Hollywood standard. It had an apt selection of songs that best suited each scene. The acting talents of Ramsey Noah (Richard Williams) and Jidekene Achufusi (Nnamdi Okeke) in the portrayal of their roles were most laudable. Content created and supplied by: PonderAnew (via Opera News )