Stop Nudity, Depend On Your Talent To be Popular - Madam Oyin-Adejobi Begs Nigeria Film Stars 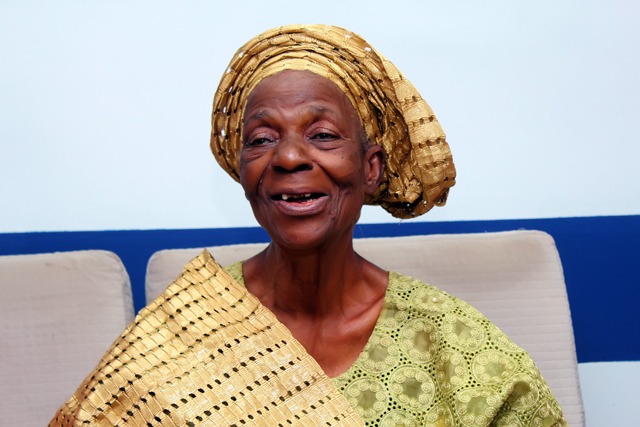 Veteran Yoruba actress Madam Grace Owoola Oyin-Adejobi has advised the current crop of Nollywood actors and actresses to shy away from exposing their nudity in the name of show business, saying they should not be deceived by the pleasures of the world but to believe that they can succeed through doing hard work and the grace of God.

Madam Oyin-Adejobi, who is popularly known as 'Iya Osogbo', made this revelation while featuring on a radio magazine programme, Parrot Xtra Hour On Radio, anchored by Olayinka Agboola on Space FM, in Ibadan, saying Nigeria actors and actresses should endevour to not rely on going nude to be popular or have affluence to to rely on their natural talent to excel.

Sharing her earlier memories of the acting industry, Iya Osogbo who would turn 70 years on August 23 said she started her acting career in over 67 years back she also mentioned that she had already made her name before she acted in the film titled “Eran Iya Osogbo” thereby correcting the erroneous belief her admires had held before now.

She said that unlike now when acting has become not only the in-thing and profitable, in her time parents frown at people, most especially women who venture into the profession as they were generally regarded as unserious types and therefore way-ward.

'Iya Osogbo', who was the wife of the Late Versatile actor in the Yoruba genre, Chief Oyin Adejobi, also expressed how she met her and fall in love with late husband who died in the year 2000, saying they both went to the same primary school as a kid and were also living on the same street.

She said that apart from the death of her husband, the lowest point for her was when her fourth child, a girl died and it took me a long time to recover from that experience.

However her happiest moment was when she gave birth to her first child, a boy in 1954 and her Joy know no bound having entered into inner circle mothers.

Content created and supplied by: Lanre72 (via Opera News )