By Rukz (self media writer) | 8 months ago 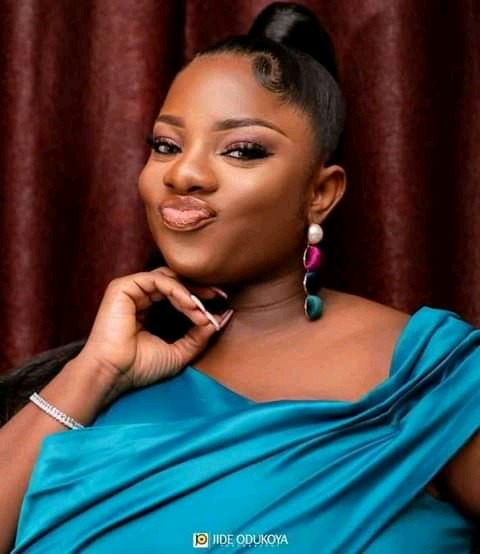 Recall that, the duo while in the Bbnaija house,had a thing going between them as they were always seen having fun together besides having each other backs, and viewers had even shipped them together. Their friendship was one that had grew among other housemates of the pepper dem gang even after exiting the Bbnaija house. 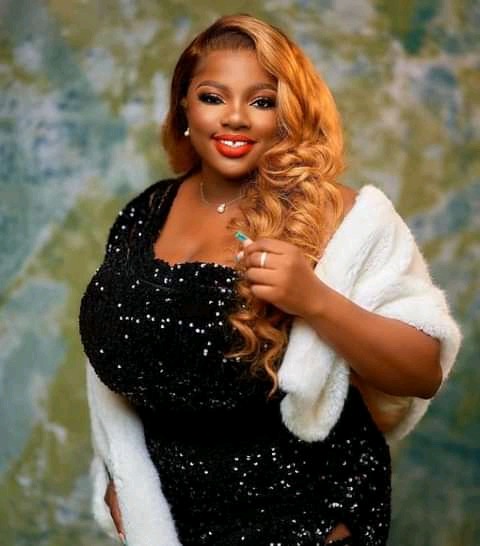 No wonder, viewers thought they looked good together and were expecting wedding bells but, they were in for surprise when Dorathy made it known that, she can never date Prince despite their bond. She had launched a question and answer session on her insta story to create a bond with her fans and while they were throwing in their questions,a curious fan had asked why she wasn't dating Prince yet.

In response, she said,it is forbidden for a lady to marry her own brother and this is the situation between her and Prince Nelson. Adding that, even though they are very close, they are not dating anytime soon because,he is a brother to her. 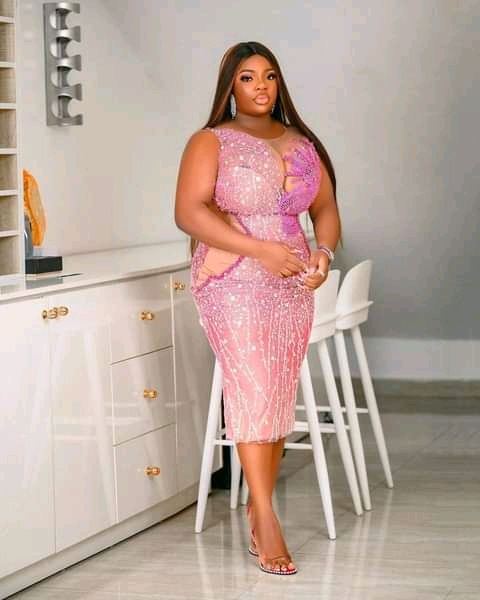 The 25 year old entrepreneur had made it known that, she is still single and open for a relationship because, she is just friends with Prince, no intimacy attached so,fans should stop shipping them together. Besides, she is focusing on her brand for now.

Recall that, most of the "pepper dem" housemates,had invested most of their money on shoe and clothing brands and this is what is fetching them money today. Dorathy happens to be one of those housemates who had their own brand. She has a clothing line where she deals on various lingeries due to discomfort she find in fitting into undies while growing up because of her size. So, instead of shipping her, she is indirectly asking fans and viewers to patronize her products. 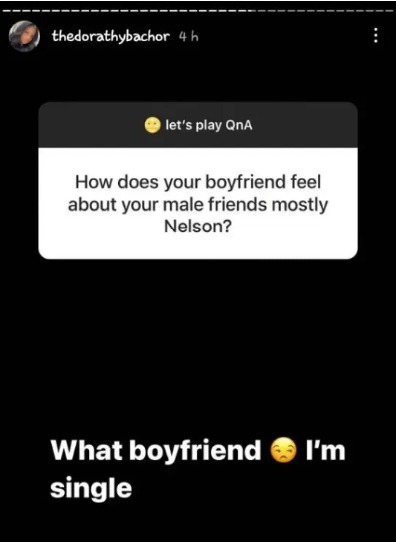 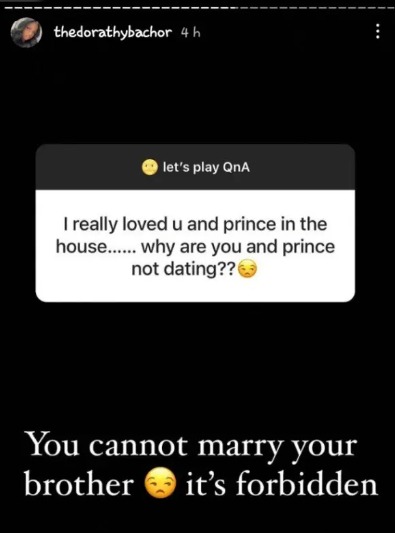