By Freezyfofo (self media writer) | 1 year ago

Early hours of today on Twitter, a fan tweeted that Davido’s so called friends in Nigeria music industry didn’t congratulate him for his 10 years on stage. 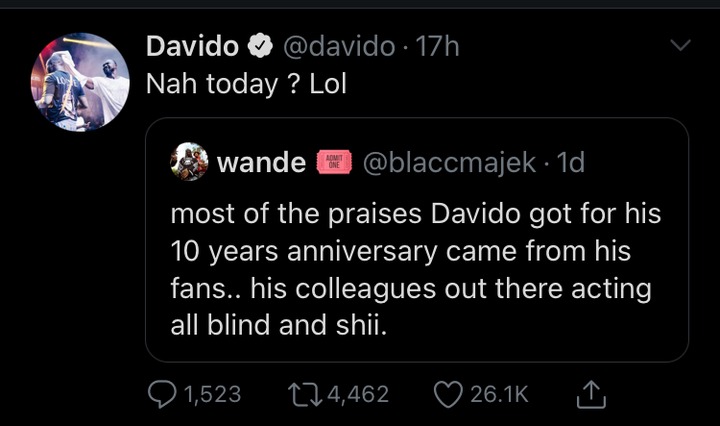 @Wande tweeted “ most of the praises Davido got for his 10 years anniversary came from his fans. His colleagues out there acting blind and shii.”

Davido retweeted and replies with a comment; “ nah today? Lol.”

Davido who sees it the same way replies that it has been happening this way for long. Davido retweeted the tweet with a comment as well stating that this is not the first time such thing is occurring. 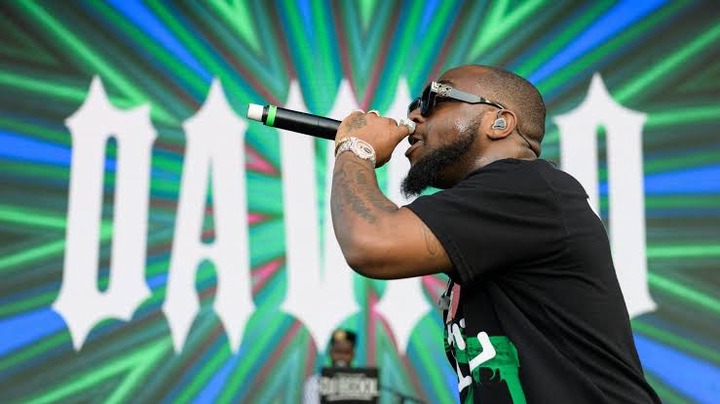 Some fans claimed it was only Don Jazzy that congratulated him with a post on Instagram. Some said Davido had been congratulated with private calls, they claim some of Davido’s allies do not like public complimentary messages.

Davido fans also stated it has been that way also when Davido featured in coming to America. They claimed no one complimented him except to recruit anti-Davido teams on social media to call the movie a wack one. 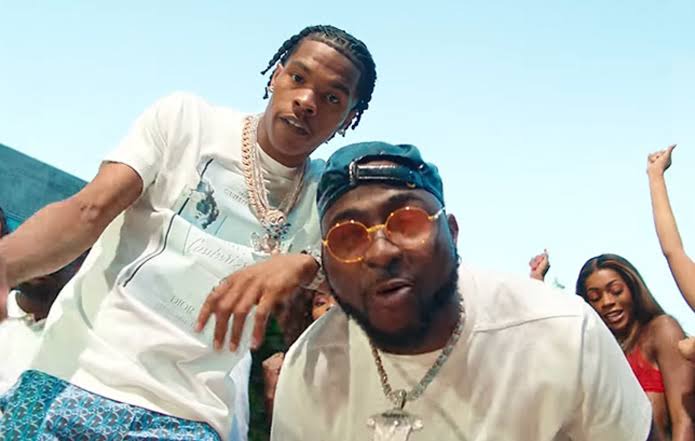 Some fans said if it were to be Wizkid, Simi and AG baby would have rushed to wizkid’s timeline to congratulate him like they did during the Grammy awards.

Content created and supplied by: Freezyfofo (via Opera News )