Christmas is a season that is celebrated in many ways, and each family has their own traditions and activities they enjoy at this time of the year. As Christmas is a time that many people take off work to spend time with their families and celebrate, there are often movies released at this time of the year for people to enjoy. Although not all movies released around Christmas use Christmas as a theme, most of the best Christmas movies have a link of some kind to the festivities. People get themselves into the Christmas spirit by watching these films, so they are often commercially successful at the box office. Here are the 10 highest-grossing Christmas movies of all-time based on their worldwide box office gross. 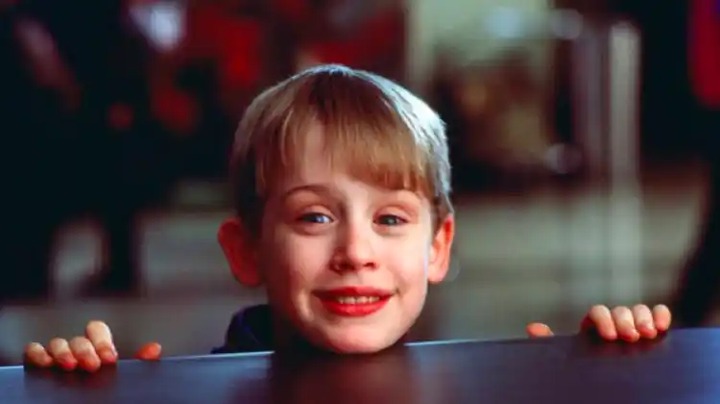 Four Christmases took a different angle than most other Christmas movies as it was about keeping families apart rather than the importance of being with family over the festive season. Reese Witherspoon and Vince Vaughn play the lead roles in this film. They are a couple who both have divorced parents. They wanted to spend Christmas alone and not see their family. However, in a bid to keep everyone apart, they end up celebrating four Christmases. This movie was released in 2008 and it was directed by Seth Gordon.

This is the 2002 sequel to ‘The Santa Clause’ and Tim Allen reprised the lead role. It was neither as commercially nor critically as successful as its predecessor, but it is still a popular family movie at Christmas. The storyline revolves around Santa Claus finding a wife. He only has until next Christmas or Christmas will no longer exist.

Starring Tim Allen in the lead role, this Disney comedy film was released in 1994. Allen plays Scott Calvin, a father who becomes Santa Claus against his wishes. Although he struggles with his new status, the advantage is that it strengthens his relationship with his son. This movie was directed by John Pasquin and written by Leo Benvenuti and Steve Rudnick. Others who starred in this movie alongside Allen included Judge Reinhold, Wendy Crewson, David Krumholtz, and Peter Boyle.

‘Elf’ is one of the few movies to become an instant classic. The lead role of Buddy is played by Will Ferrell. He is a human who was raised by Santa and the elves in the North Pole. In a bid to find his real father, he visits New York City and there are various hilarious situations while he is there. This comedy remains a family favorite during the festive season.

This movie doesn’t make it onto lists of the highest-grossing Christmas movies in the United States. This is because it only grossed $60 million on that side of the Atlantic. On the other hand, this British comedy-drama movie was a huge hit on the other side of the Atlantic Ocean. Released in 2003, this movie starred Hugh Grant, Martine McCutcheon, Alan Rickman, Liam Neeson, Emma Thompson, Keira Knightley, Bill Nighy, and Colin Firth.

Released in 2004 and directed by Robert Zemeckis, this is a performance capture animated film that is based on a 1985 children’s book. It is about a young boy taking a magical train to the North Pole. One of the lead actors in Polar Express was Tom Hanks as he played multiple roles in the movie, including Santa Claus and the train’s conductor.

Starring Jim Carrey and Gary Oldman, this 2009 capture animated film was directed by Robert Zemeckis. It is an adaptation of the classic Charles Dickens book of the same name. Both Carrey and Oldman played multiple roles in the film. This film has a rather dark theme and is in the same style as ‘The Polar Express’, which is hardly surprising considering the films share a director.

Based on the Dr. Seuss book of the same name, this 2000 movie was a remake of the 1966 animated television special in a feature film format that was four times the length of the original. Jim Carrey starred in the lead role of The Grinch, and the film won an Oscar for Best Makeup. There has since been a CGI-animated version of the film that was released in 2018 and starred Benedict Cumberbatch.

Just two years after the release of the original Home Alone movie, ‘Home Alone 2: Lost in New York’ was released. While it did not achieve quite the same commercial success as its predecessor, it is still the second-highest-grossing Christmas movie of all-time. Macaulay Culkin reprised the role of Kevin for this movie where he is separated from his family at Christmas for a second time.

According to Live About, the highest-grossing Christmas movie of all-time in terms of worldwide box office figures is ‘Home Alone’. Released in November 1990, this Christmas comedy movie has remained a family favorite for almost two decades. When it was released, this movie was the highest-grossing of the year in the United States and the second-highest-grossing in the world. The film stars Macaulay Culkin as eight-year-old Kevin McCallister whose family accidentally leave him at home when they embark on a trip for Christmas.