By OmoGbadamosi01 (self meida writer) | 24 days

Jamiu Azeez popularly known as Jayzeez has once again give thanks to almighty God for making his debut movie, Oko Ramota 2, becomes the number one trending for 24 hours. He also announced that the film has reached 506K views. Check out the screenshot below for more details; 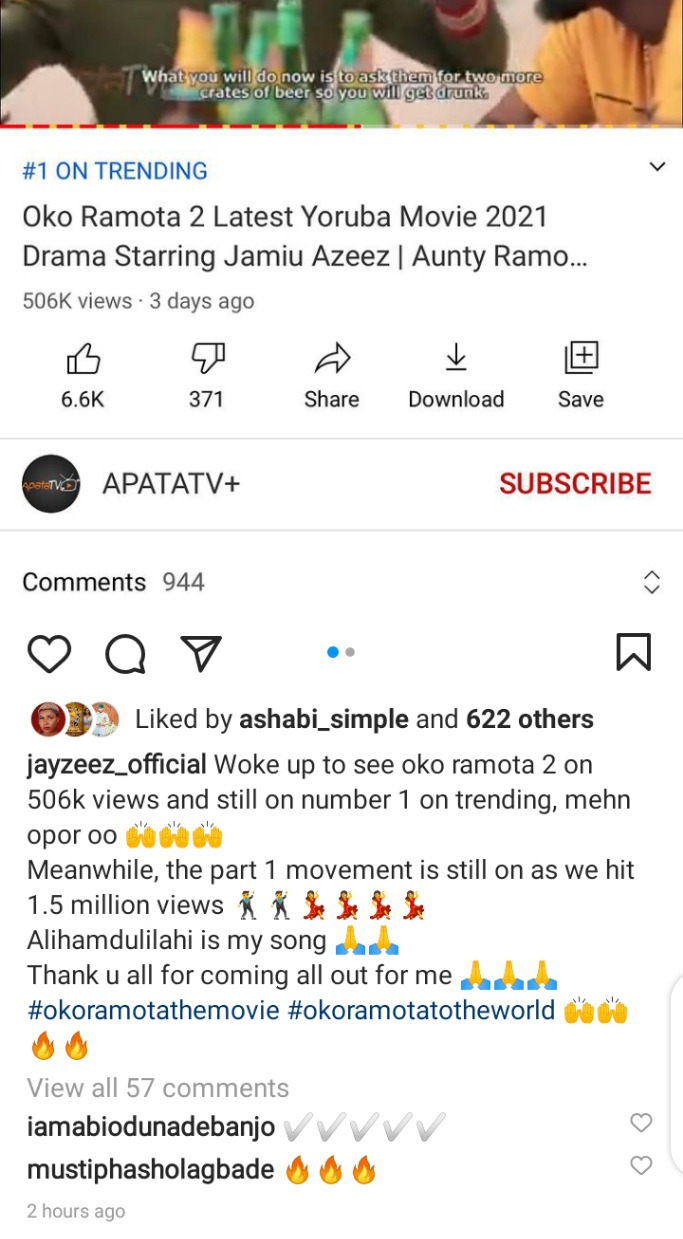 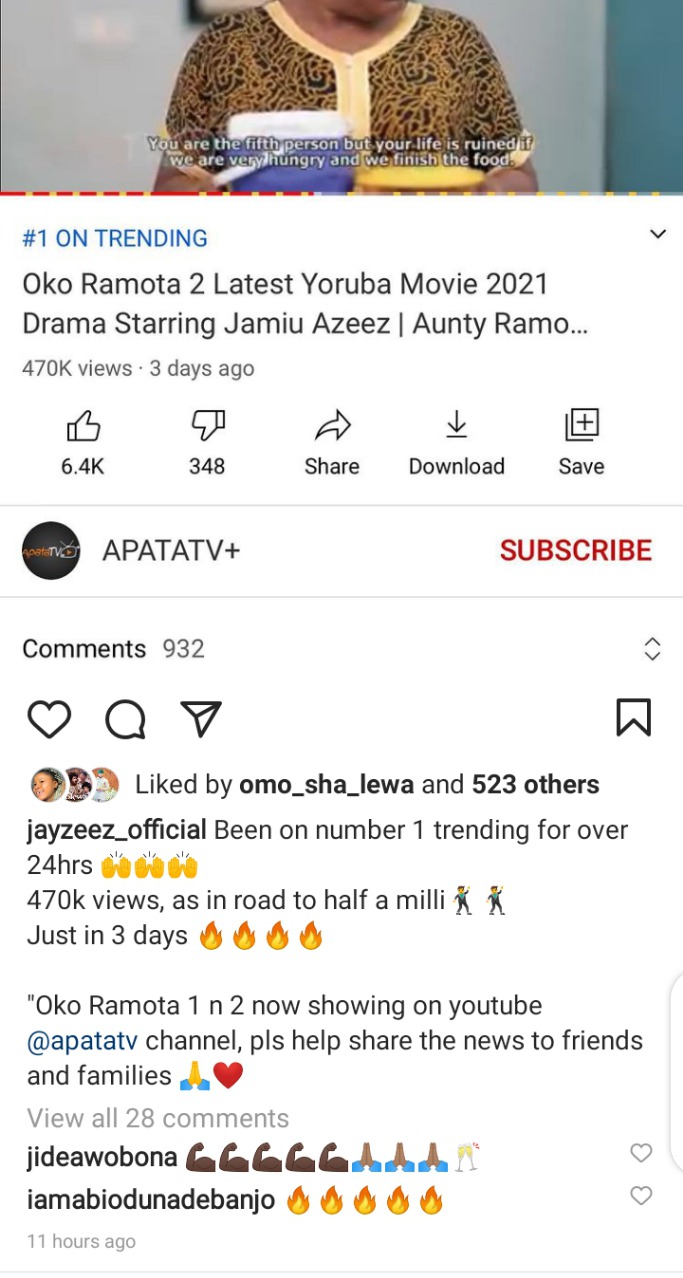 Jayzeez recently shed tears on his Instagram page prior to the release of the film. He broke down emotionally while he accused Mama Ereko, a veteran Yoruba actress, of copying his concept and using Aunty Ramota In a similar film. Check out his picture below; 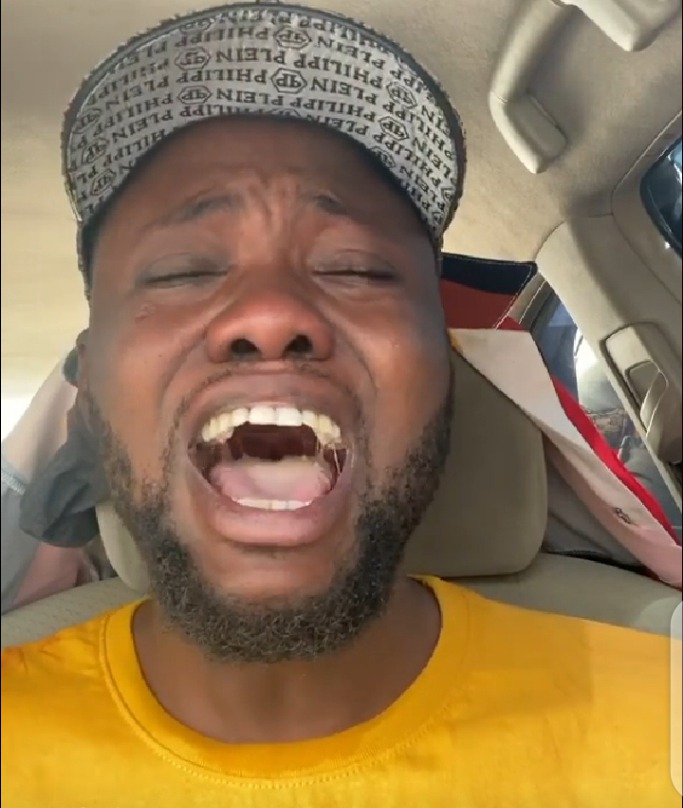 The timely Intervention of Mr Latin and other eminent Yoruba artistes was enough to resolve the Issue between the two artistes. Jayzeez also apologized to Mama Ereko after the Issue was settled.

Fortunately, the release of "Oko Ramota 1" has been the beginning of success and breakthrough for Jayzeez. Not only did the film surpassed one million views, Jayzeez also received two plots of land In Lekki as a gift for his hardwork.

"Alhamdulillah Is my song. Thank you for coming out for me." Jayzeez concluded.

"Not everyone post stuffs to brag, you are just reading it with a jealous mind" - Victor Osimhen

Ladies, See Abaya Kaftan That Ladies Can Rock To Any Event Or Occasion

PHOTOS: Meet Some Popular Actors In Nollywood Who've Striking Resemblance With Their Daughters.

Muslim Ladies, Here Are Some Enchanting Hairstyles You Should Rock For Salah Celebration

Mothers, Bring Out The Beauty In Your Daughter This Salah Season With These Lovely Styles For Girls

Opinion: FG Should Extend Public Holidays, Here Are My Reasons