By YvonneScribes (self media writer) | 1 month ago 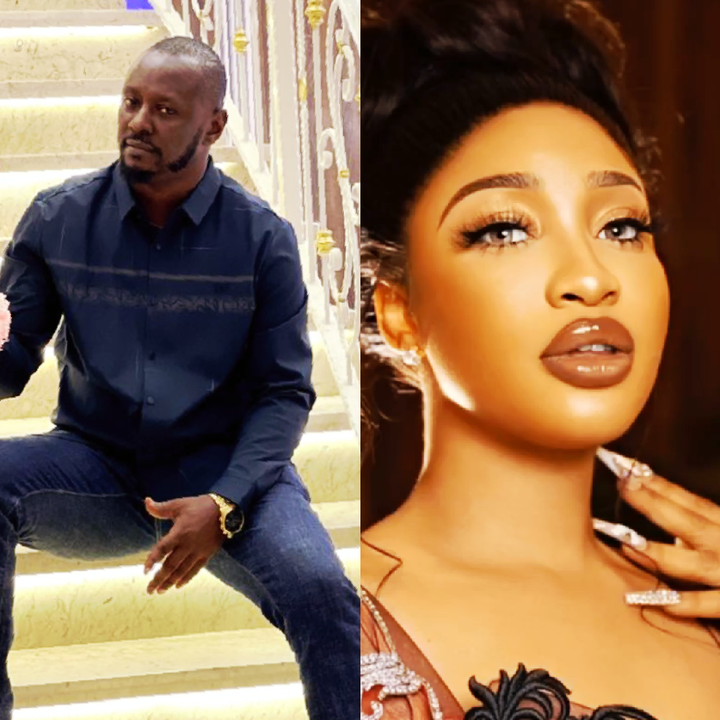 Recently, Prince Kpokpogri made some revelations about Tonto Dikeh and his failed relationship with her. He did this in an exclusive interview with Premium Times on the 19th of October. This came shortly after he got released from police detention. Recall that he got arrested after storming Transcorp Hilton to forcefully collect a Lexus SUV from Tonto Dikeh.

Prince Kpokpogri came into limelight after his messy break-up with Tonto last month. His relationship with Tonto Dikeh had been a short-lived one. According to him, it had lasted only 3 months. Yesterday, he opened up to the Premium Times about Tonto Dikeh and their failed relationship. Below are five things he revealed yesterday.

3. He stated that he didn't have any private video tapes in his possession. According to him, the police had searched but found nothing proving his innocence.

4. He indirectly revealed that he is a single Father: Kpokpogri mentioned that Tonto still has some items she needs to return to him, including the earrings she borrowed from his daughter. This is the first time he's revealing that he has a daughter.

5. He stated that Tonto Dikeh has no car of her own and only drives rented vehicles. 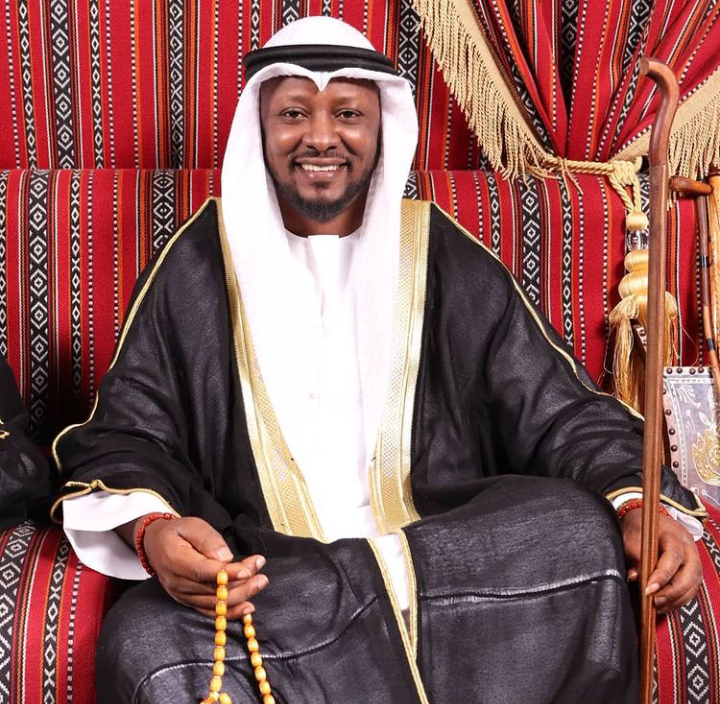 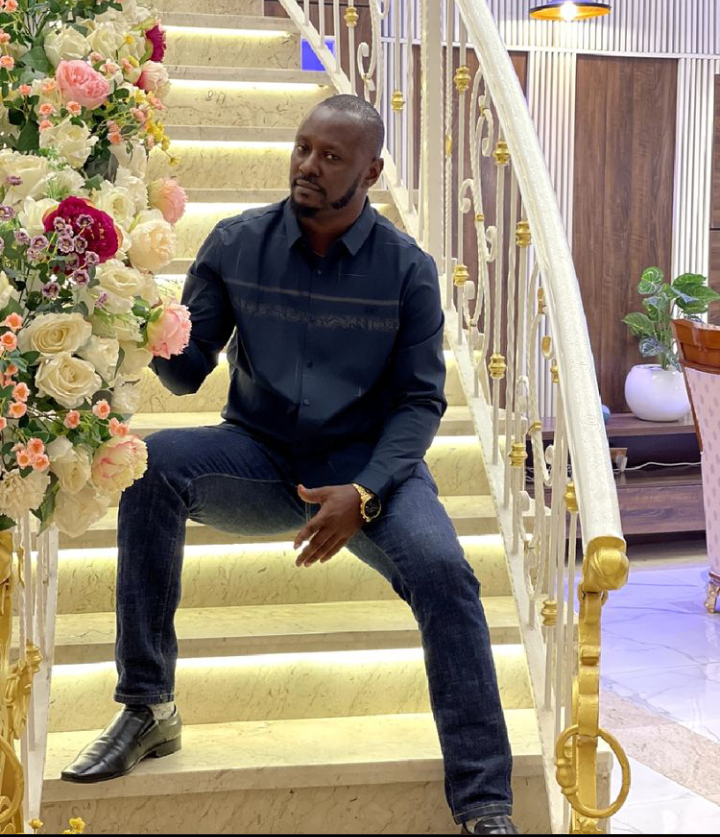 A picture of Tonto Dikeh 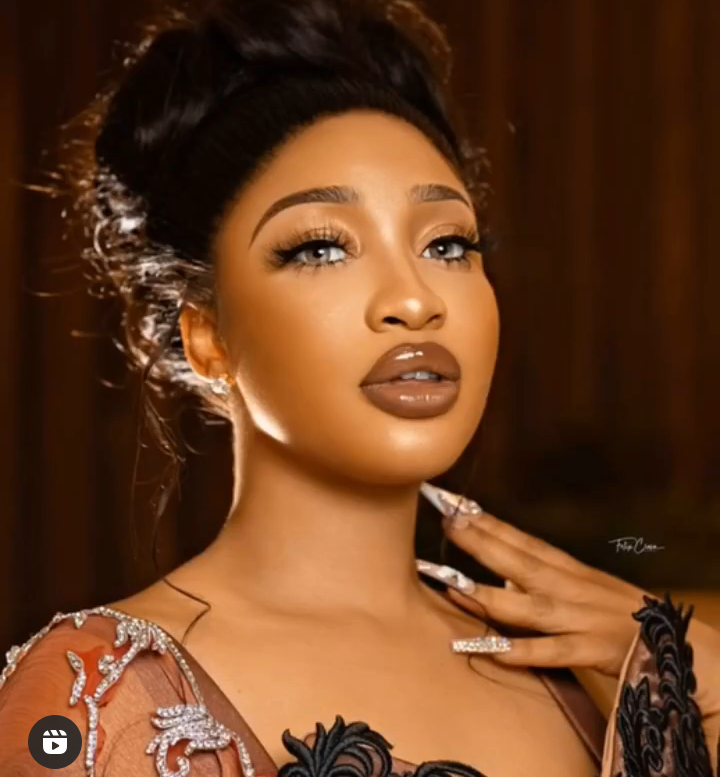 The above information was sourced from the Premium Times news site. See proof below. 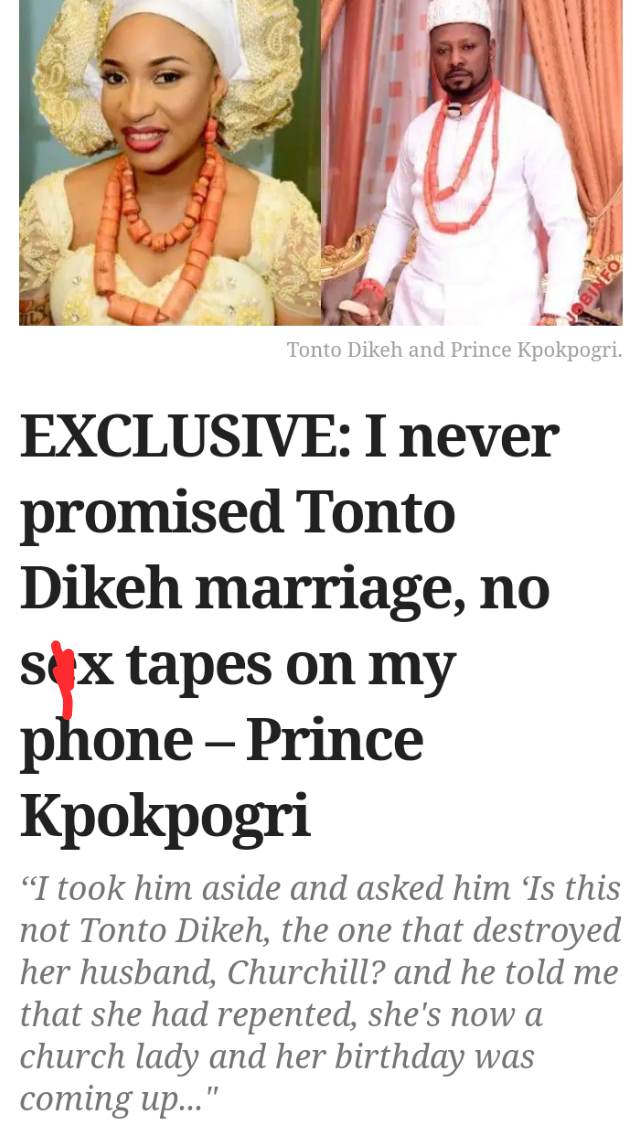 Meanwhile, what do you think of the constant war of words between Tonto Dikeh and her former lover? Hasn't it gone on for too long? Kindly share your thoughts. Thanks.