Meet The Queen Of England That Died A Virgin 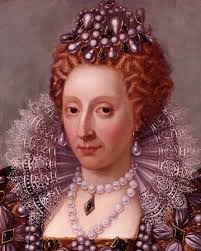 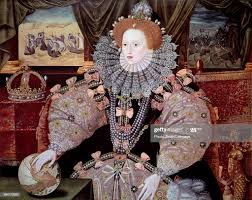 Despite the royal family's duty of procreation for the continuation of the royal line. A Queen of England remained unmarried and was a virgin till her death. The Queen talked about is Queen Elizabeth I.

Queen Elizabeth I (born on September 7, 1533) was the Queen of England and Ireland from the 17th of November, 1558 till her death on the 24th of March, 1603. Due to her life's marital status, she is mostly referred to as Virgin Queen, Gloriana, or the Good Queen Bess. Queen Elizabeth, I was the last monarch that reigned from the house of Tudor.

Queen Elizabeth was the daughter of King Henry VII and Anne Boleyn, his second wife, who was executed two and a half years after Elizabeth's birth. Anne's marriage to Henry VII would later be annulled making Elizabeth an illegitimate daughter.

Elizabeth ascended to the death after the death of her half-sister Queen Mary and half-brother King Edward VI (her predecessor). She heavily depended on a group of trusted advisers led by William Cecil for counsel during her reign.

It was expected that Elizabeth would marry and produce an heir to her kingdom; however, she never did marry despite multiple courtships. She was eventually succeeded by her first cousin twice removed King James of Scotland. She had earlier his (King James) mother Mary, Queen of Scots.

Elizabeth is associated with the English's victory against the Spanish Armada which is one of the greatest military victories in England.

As Elizabeth grew older, she was celebrated for her virginity. A cult centred around her was celebrated in portraits, pageants, and literature. Elizabeth's reign became recognised as the Elizabethan era. The period of her reign is marked by the bloom of English drama led by playwrights like William Shakespeare and the likes.

Elizabeth considered several suitors until she was about fifty. The last courtship she had was with a man 22 years younger than her Francis, Duke of Aujon.

It is exactly unknown why she refused to marry but it is likely she avoided marrying to prevent the loss of power, political instability, and insurrection. Her half-sister Queen Mary the previous queen of England had considerably played into the hand of King Philip II of Spain by marrying him.