By Finaboy (self media writer) | 2 years ago 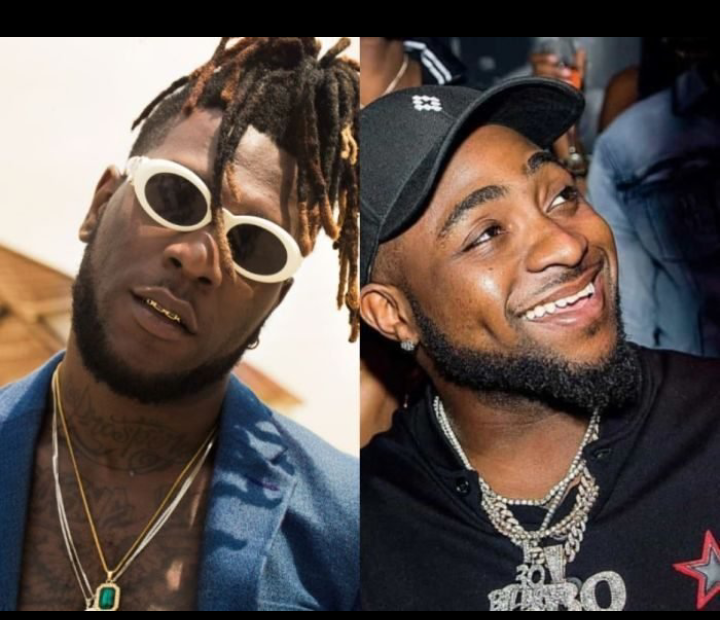 The question that who is "Odogwu among the Nigerian famous singer, producer, Burna boy and Davido had been a very tough question.

But we can know that by viewing, their achievement, net worth, and so on.

Who is Burna boy?

He was born in Damini,Ogulu in Edo state, Nigeria in 1991, he began to make music at the age of 10 years, with his friends, classmate at school, gave him a copy of production software Fruityloops.

In 2017, Burna Boy was signed to Bad Habit/Alantic Records in the United States and Warmer Group internationally.

In 2019, he won Best International Act at the 2019 BET Awards, and was announced as an Apple Music Up Next artist.

African Giant was released in July 2019 which was recorded as his fourth studio album, and it won Album of the Year at the 2019, All Africa Music Awards and was nominated for Best World Music Album at 62nd Grammy awards.

Burna Boy net worth as estimated by Forbes is $17 million.

Davido was born in Atlanta Georgia on November 21, 1992, he was an American/Nigerian singer, songwriter, producer.

He made his first concert "Omo Baba Olowo" which was released on July 17, 2012, his genres is Afro beats hip-hop.

Some others popularly known Nigerian artiste, who are signed in his record label "DMW" are Maryorkun, Peruzzi, Yonda Lil frosh and many others.

In the year 2018, Davido won BET Award for Best International Act, and also he had won up to 18 more awards till date.

Davido net worth is estimated as $16 million dollars.

Please let us be sincere, who is the real "Odogwu" among the two musicians in Nigeria Entertainment.

Content created and supplied by: Finaboy (via Opera News )