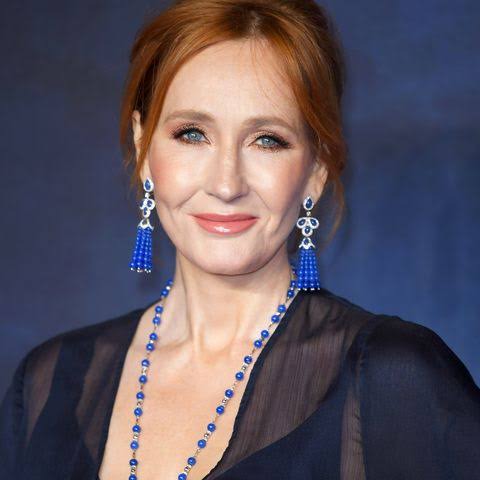 We all have talents and if properly harnessed can open doors of opportunities that will take us to unimaginable heights.

Writing is serious business. And for Joanne Rowling, better known as JK Rowling, it was writing that took her from living on welfare to becoming one of the richest writers to ever live.

In an interview she granted recently, Joanne Rowling shared her struggles at the beginning of her writing career and how she was affected by depression.

Her marriage had ended in a divorce and as a single mother she didn't have enough to meet her financially needs.

She received welfare benefits from the Government and taking stock of her life she concluded she'd been a failure.

However, while waiting to catch a train she conceived the idea to write Harry Potter.

She went to work with the idea and began to write as the story began to take hold of her.

She soon finished the manuscript and began to search for a literary agent that would believe in her project enough to find her a publisher.

It wasn't an easy task but Joanne remained determined.

Finally, her determination paid off, when she finally got a literary agent. The manuscript was sold to a publishing house and Joanne was given about 1,500 pounds.

When Harry Potter was finally released it sold almost faster than any other book that had ever been published.

Joanne Rowling went on to write sequels and till date Harry Potter remains the best selling book series of all time.

The book series were also adapted to movies, which went on to gross hundreds of millions of dollars around the world.

Forbes rates Joanne Rowling as the first writer to become a dollar billionaire from writing, although the author has given a lot of her fortune away to charity.

When Joanne Rowling was asked why Harry Potter became a publishing phenomenon, she humbly answered it was a story that simply appealed to young people around the world.

We can all learn from JK Rowling that success in any field never comes easy. There'll be times of disillusionment but if we believe in our dreams enough we will overcome the obstacles on our way.

We should also endeavour to understand people's needs, whenever we have a product or an idea to sell.

I've read articles where critics condemned The Harry Potter book series, but the truth is, it was what the people wanted.

I salute Joanne Rowling for being an inspiration not just to me but lots of people around the world.