The entertainment industry has witnessed famous celebrities and their famous relatives carry on the talent and legacy, such as Julia and Emma Roberts, the Baldwin brothers, and the Wayans family. However, these famous cousins on the list have individually made a name for themselves; some not even realizing they were related until later on in their career.

Without much ado, let's take a look at the list of popular celebrities who are cousins. 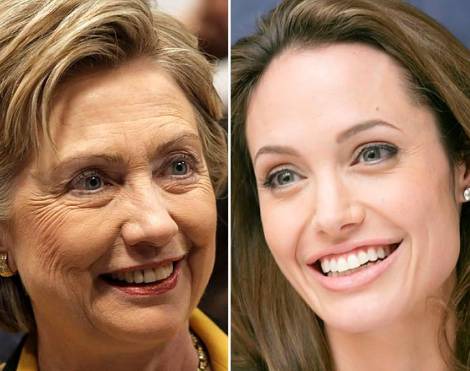 Feminists and girl-power advocates alike can cheer for this one. Who would have known that actress Angelina Jolie and political figure Hillary Clinton were cousins? This is true. According to Washington genealogist William Addams Reitwiesner, the two are ninth cousins, twice removed through Jean Cusson; a Quebec native who died in 1718. But the family tree doesn’t stop there for Clinton. The politician has been linked to being distant cousins of Madonna, Celine Dion, and even Alanis Morissette. It is clear to see that nothing but powerful women run through this family tree. Pop stars Lady Gaga and Madonna are also cousins. I guess their family ties would explain why the two are very similar. According to a specialist from the New England Historic Genealogical Society, it was discovered that the two are ninth cousins, once removed. Their ancestral history shows the two singers are related through a French farming couple who moved to Quebec in the 1600s. There have been constant comparisons of the two stars, some even stating that Gaga ripped off Madonna. Looks like those prior feuds weren’t a matter of Gaga trying to replicate Madonna, but only a matter of her looking up to her big cousin. Another set of celebrity cousins are Brandy, Ray-J, and Snoop Dogg. These three are unmistakably family-oriented. We all found out singer/actress Brandy and little bro rapper Ray-J were related back in UPN’s glory days of Moesha. We also know that Snoop Dogg refers to several industry artists as his nephews. The trio kept quiet about being cousins until Snoop spilled the beans in a 2006 MTV interview; stating that it was never really a big deal to them. Well, I guess now ‘cuz’ has a harmless meaning whenever Ray-J and Brandy refer to their cousin Snoop Dogg. 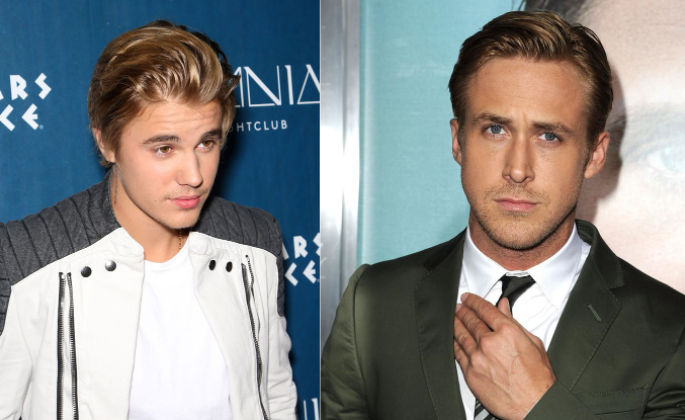 Justin Bieber. The name alone stirs up mixed opinions throughout the world. You either love him or you hate him. However, for actor Ryan Gosling, Grammy award-winning singer Celine Dion, and punk-rocker Avril Lavigne, it looks like they have no choice but to love him, because, well, he’s family now.

All four Canadians have ancestral ties from over 400 years ago. The ‘Biebs’ and Dion are 10th cousins, three times removed through French emigre Jacques Vezina and Marie Boisdon, a French couple born in the early 1600s. Bieber, Gosling, and Lavigne have ties back to Mathurin Roy and Marguerite Bire, a couple born in France back in the 1600s. Now, fans can fall even more in love knowing their crushes Gosling and Bieber are 11th cousins, once removed. Last but not least, Bieber is also the 12th cousin of singer Avril Lavigne. 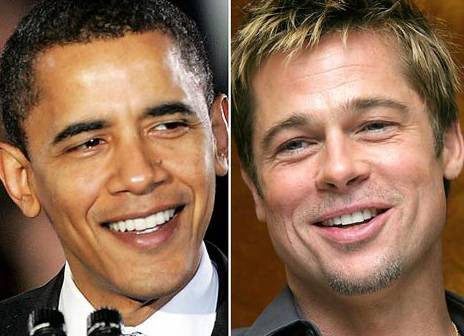 Former U.S. President Barack Obama and Benjamin Button actor Brad Pitt also make the list. Can’t you see the resemblance? According to The New England Historic Genealogical Society, the POTUS and Pitt are ninth cousins through Edwin Hickman; a Virginia native who died in 1769. But Pitt isn’t the only famous figure you’d be surprised he was related to Obama. As if politics weren’t a headache already, it has been studied that Obama is distant cousins with George W. Bush. The two are 10th cousins, once removed, through Samuel Hinkley of Cape Cod from the 1600s. Well, given the poor reputation Bush gained in office, it is no wonder why Obama never mentioned they were cousins.