Five Songs Olamide Will Never Be Forgotten For In Nigeria

By Makinde (self media writer) | 1 year ago

Olamide didn't just start today, many see him dropping hits and think it is easy. Olamide started very young and wild as an upcoming artist. He was able to blend the Yoruba indigenous language perfectly with English and still make sense. Early in his career, many fans already anointed him as the replacement of Dagrin, one of Nigeria best Yoruba indigenous rappers also before the rapper died.

Many people saw Olamide as the anointed one and he surely proved himself as a force to be reckon with in the music industry and as a role model for other Yoruba rappers or artist wishing to join the music industry. He has also played a huge role in the music industry by signing artist either directly or indirectly and grooming them till they became superstars. Many of those artist includes Adekunle Gold, young john, Fireboy, Lil Kesh, chinko ekun, vickoh, pheelz etc Nowadays the easiest and quickest way to enter the music industry is by putting Olamide in your song then automatically his fans will naturally want to listen to you also, especially if you are also good in your music craft, some of these artist include, zlatan ibile, Bella shrmurda, Naira Marley, etc. That is just a quick cheap cheat and only few have known this trick.

One of the reason for Olamide large audience is because he blends perfectly with fans from the street and ghetto and at the same time maintain and earn respect from the Rich folks. He even in one of his song called himself "The voice of the street". Eyan Mayweather which happens to be Olamide Fifth studio Album produced by him and coproduced by pheelz, young john, B banks and Id Cabasa. The song has olamide flaunting about what he has achieved. He also brags about being the king and voice of the street and his musical prowess. This is one of the hardest Indingenous Rap Song that have ever been produced in Nigeria, it can even be kept in the same category with Pon Pon Pon by Dagrin. We give olamide his due accolades for this song. Coming from his 6th studio album "The Glory". This is where the slang "pepper dem" or "pepper dem gang" was brought about. This was the rave and the maddest vibe when this song was dropped, along with his former signed artiste, Davolee. We can never forget this song from olamide. First Of All By Olamide

First of All was the Song that solidify his name in the Music Industry. The song was dropped on 2012 and was different from any other song that was dropped during that period. The song made everyone who heard it, dance to it's tune without question, this song even gave olamide more fans that before. This was another breaking point in his career. 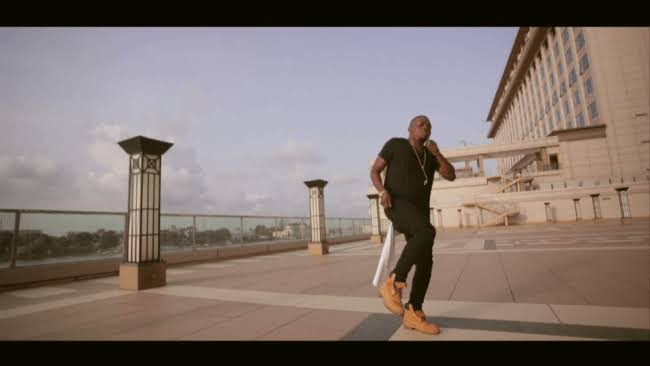 Shakiti bobo was one of the best song Olamide ever dropped, when he was at the peak of his career. One notable thing about this song when it was dropped it 2015, was the dance step that came along with. It had people going crazy and even those that didn't hear the song knew the dance step. This song can never be forgotten in olamide's career and even in Nigeria.