Breaking News: Hon. Shina Peller Has Been Arrested And His Club Quilox Shut Down

By purplewayne (self media writer) | 2 years ago 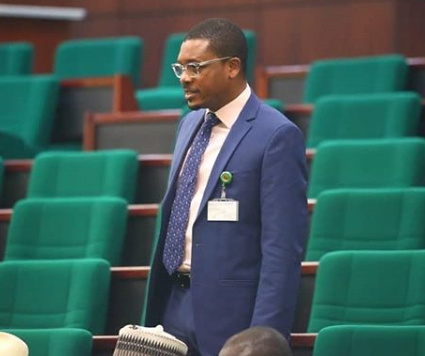 Popular Lagos club owner and House of Representative member, Shina Peller, has reportedly been arrested by the police and his night club, Club Quilox , has been shut down and sealed by the Lagos State Environmental Protection Agency over noise pollution and traffic congestion.

The arrest was as a result of a 36 hours non stop party that was being hosted by Shina Peller and has caused a lot of traffic along Ozumba Mbadiwe road, Victoria Island, Lagos.

According to the statement of Kola Popoola, the press secretary of the Honorable, who claimed that the offence of the lawmaker was unknown to him as his phones were all switched off said, “Peller was at Maroko police station to bail some of Club Quilox’s customers who had allegedly parked on the road during a show by the club.

“Prior to the kickoff of the 36hours non-stop show which usually holds every year at Quilox, Peller had informed the concerned Lagos traffic authorities to avoid unnecessary traffic grid lock.

“On getting to Moroko police station, the police started harassing Peller and even went as far as seizing all his phones for no reason.

“The continuous harassment and unjust detaining of a member of the House of Representative, Peller, by the police calls for urgent attention of the media, and the commissioner of police” he concluded. Hon. Shina Peller & A Guest in the club..

However, contrary to what Kola Popoola had claimed, the Lagos State command has explained the reason for the arrest and detention of House of Representative member, Shina Peller.

He explained that the law maker representin Iseyin/ Itesiwaju/ Kajola/ Iwajowa Federal Constituensy, Oyo State, had been warned many times about the situation but he pays deaf ears. He stated that after some of the customer's cars caused traffic, the police stepped in and towed three of the implicating vehicles. He said, “The Honorable is the owner of that club and his customers are fond of parking on the road and blocking the road. If you want to pass that place, you will have tough times.

“Up till 9am, the club was still on. They refused to remove their vehicles and Lagosians were seriously disturbed. Even Mr. Governor was affected this morning. He had to manoeuver his way through it.

“This Honorable mobilized about 50 thugs to attack Maroko police station to move those out. We had to send reinforcement from neighboring stations before they were able to curtail the situation. That was how he was arrested with five of the thugs, while others escaped. We had to exercise a lot of restraints” he concluded.

In another development, in lieu of the arrest and detention of Honorable Shina Peller, his Club Quilox was sealed and shut down by the Lagos State Environmental Protection Agency for noise pollution and traffic congestion.

The Special Adviser to the Governor on New Media, Jubril Gawat, made this known in a tweet on Monday.

See his tweets below.. What do you make of this development, have the Lagos State government gone too far, or are the police right in arresting an Honorable lawmaker?

Share your thoughts with me and follow me as I keep you posted on this news update. Thank you.

Content created and supplied by: purplewayne (via Opera News )