By Worldnewsreporter (self media writer) | 25 days ago Popular Nigerian dancer, Janemena, has used her new post to reveal that she is officially off the streets. The dancer took to Instagram to share a new picture of herself where she decided to show off her new look, which is highlighted by her new hairdo. She was seen lying down on her bed as she covered herself with a white duvet.

Janemena is someone who loves to show off her new looks on social media and she has done the same this time as well as she shows off her newly made hairdo. She has established herself as one of the most sought-after dancers on Instagram due to her dancing ability, which has helped her gain more fame on social media. 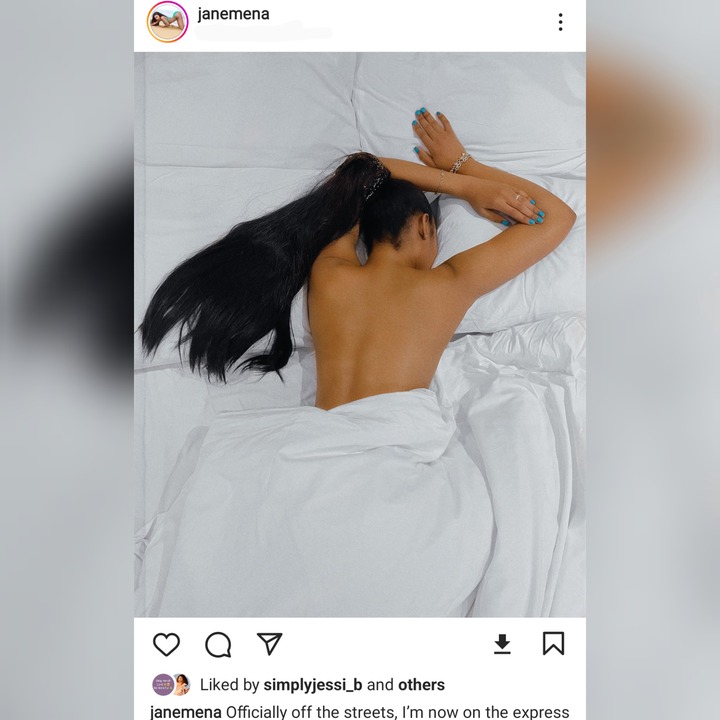 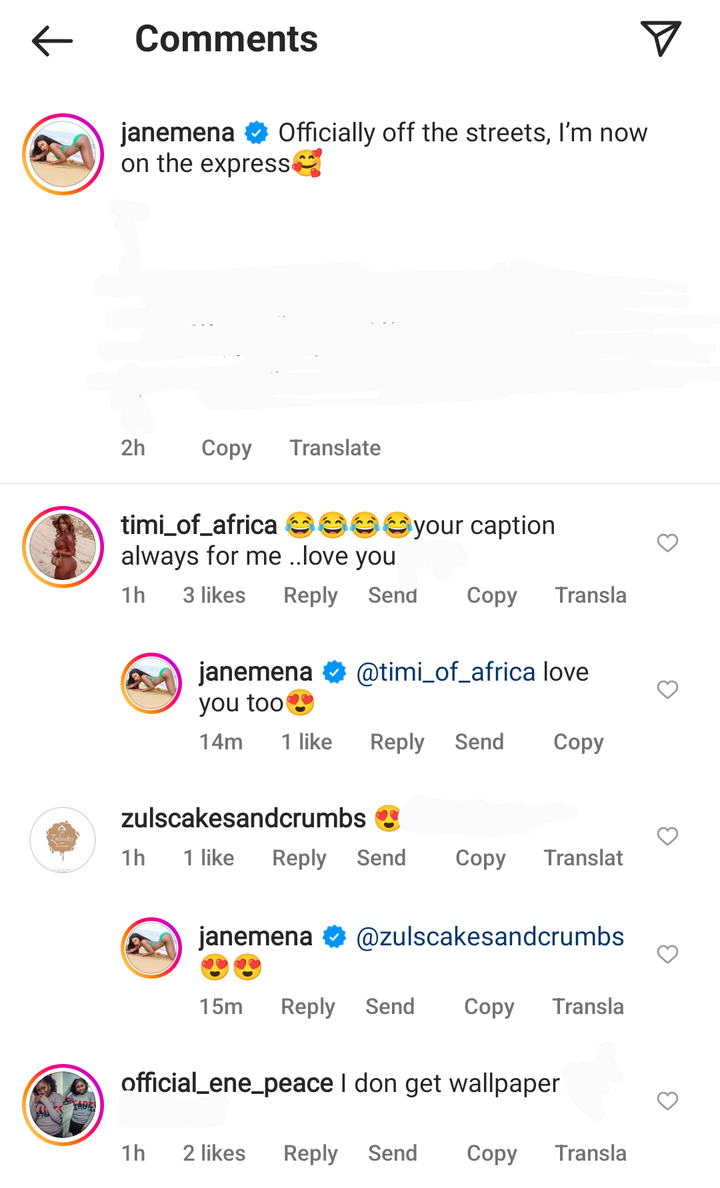 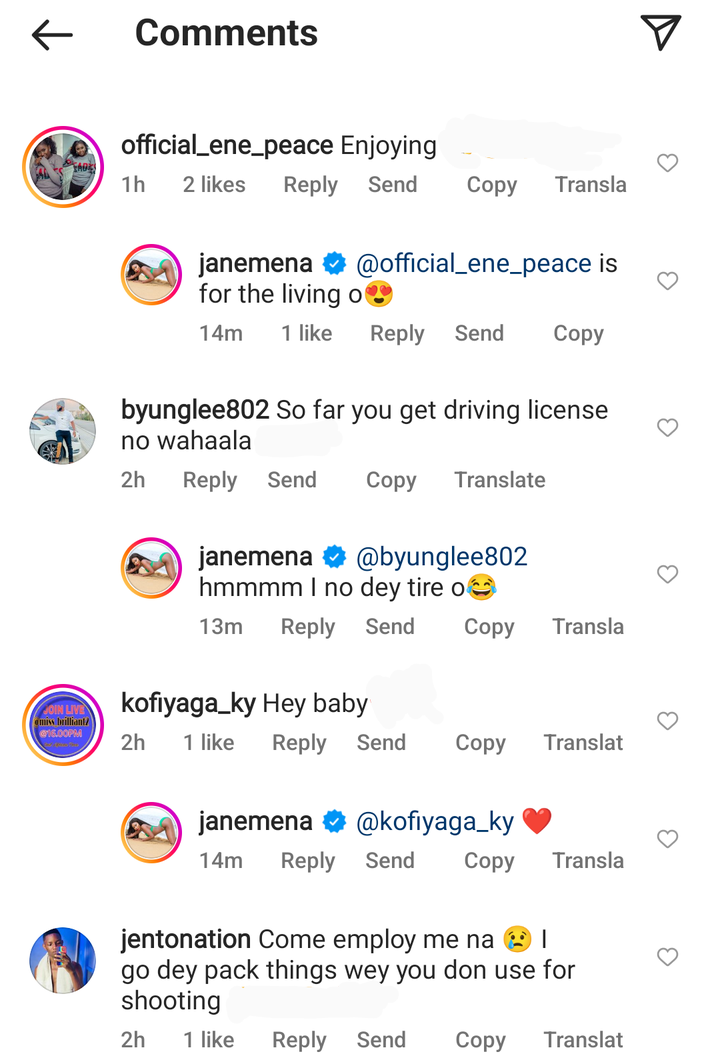 If the comments and reactions on her post are anything to go by, it is safe to say that her followers are impressed with her new hairdo as they expressed their admiration for her new looks.