By Negasonic (self media writer) | 4 months ago

No action movie or even action comedy would be complete without some amazing, death-defying stunts - even if the whole audience knows nobody was ever really in harm's way. But what if they were? The truth is, stuntmen and women are often asked to put their health on the line - so it's only right that movie fans recognize their risks. Here are the 5 most dangerous stunts performed in movies. In the long history of James Bond films, 007 has pulled off some ridiculous escapes. But none is harder to believe than in Live and Let Die when the spy finds himself surrounded by crocodiles and decides to just run across their backs to safety. But one of the crocodiles managed to bite him on the fourth take. As the first R-rated movie to win the Oscar for best picture, The French Connection isn't best known for its stunts. But when the film's chase scene called for star Gene Hackman's character to speed through New York following a train, they didn't overthink it. Without any permits or precautions, the director hopped into the car with a stunt driver and a cameraman wrapped in pillows and tore off. Every close call is for real including that bystander who got a little too close but luckily walked away. 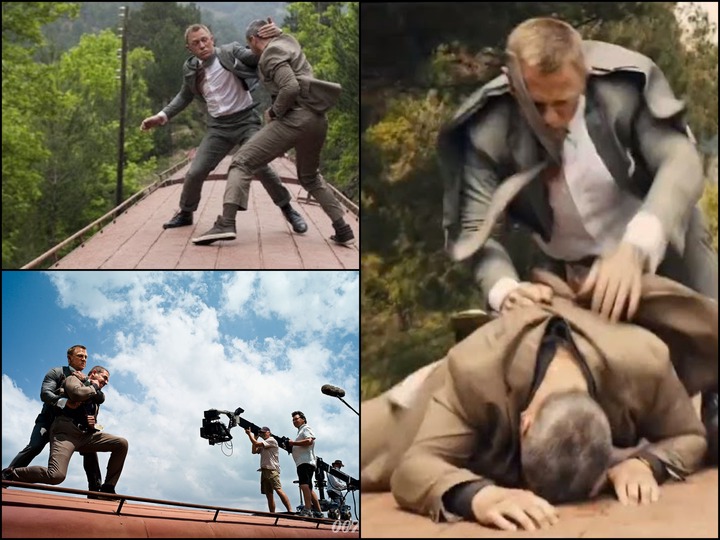 Even though they are a lot of CGI in most of James Bond's modern stunts, Skyfall opening action scene is more real than you realize. The actors were really put on a moving train, scrambled on top of it, and even watched as it was torn to pieces. In Rogue Nation, Tom Cruise committed to the film's opening number attached to a real airplane with a single safety line and wearing special contacts to protect his eyes as it took off and flew to 5,000 feet before landing. At one point he worried a pebble had torn through his skin but it just bounced off harmlessly. The Lethal Weapon series is known for its explosions, but one is more than it seems. In the first sequel, a woman goes for a swim only to have her dive interrupted by a hidden bomb. It looks like the stunt went off fine. But in reality, it actually detonated a moment too soon, leaving the stunt woman not only caught off guard but propelled off the diving board by the fiery blast. This explains why she simply freezes in mid-air, having narrowly missed a serious injury.