By Ogiis (self meida writer) | 1 months 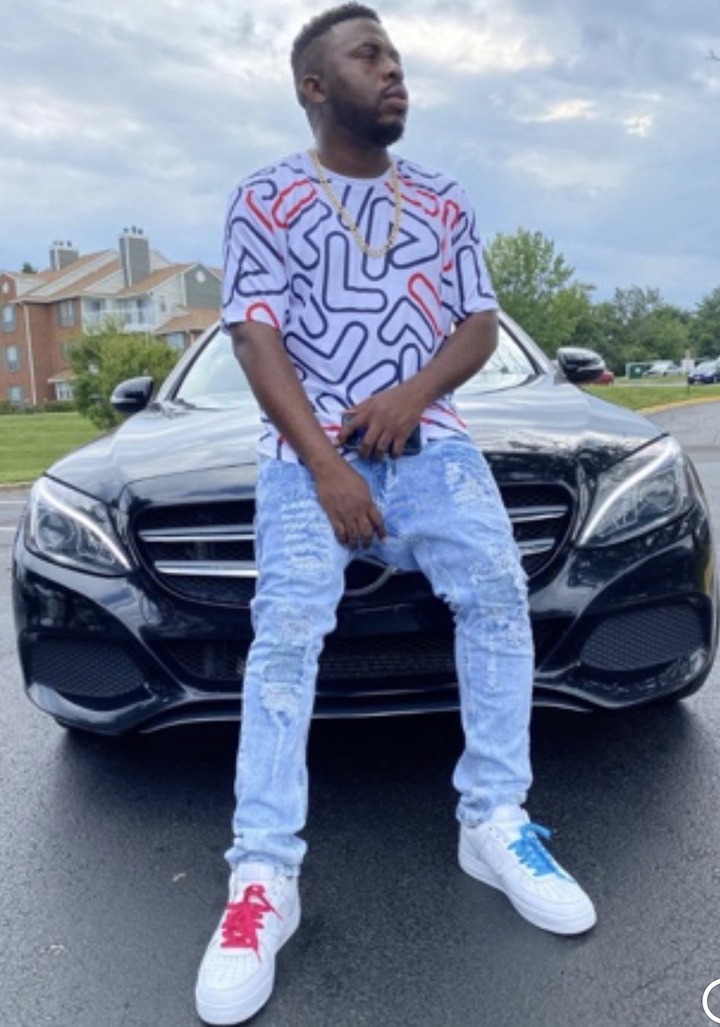 The artist who got angry after Simi corrected him publicly on a post which he made on Instagram took to his twitter handle to use erica as an example on his tweet which was directed to Simi.

It all started from a tweet made by samklef, in the tweet he said "Everyone can't wait to see tems A**. Me too, I'm waiting".

Hours after which he made the tweet, Simi took to her own twitter handle to address the issue and it escalated from there.

Samklef further went on to call out Simi. He called her different sorts of name and even referred to the singer as "Fake".

He also went on to share a video via his official Instagram handle to tell Simi never to disrespect him on social media. 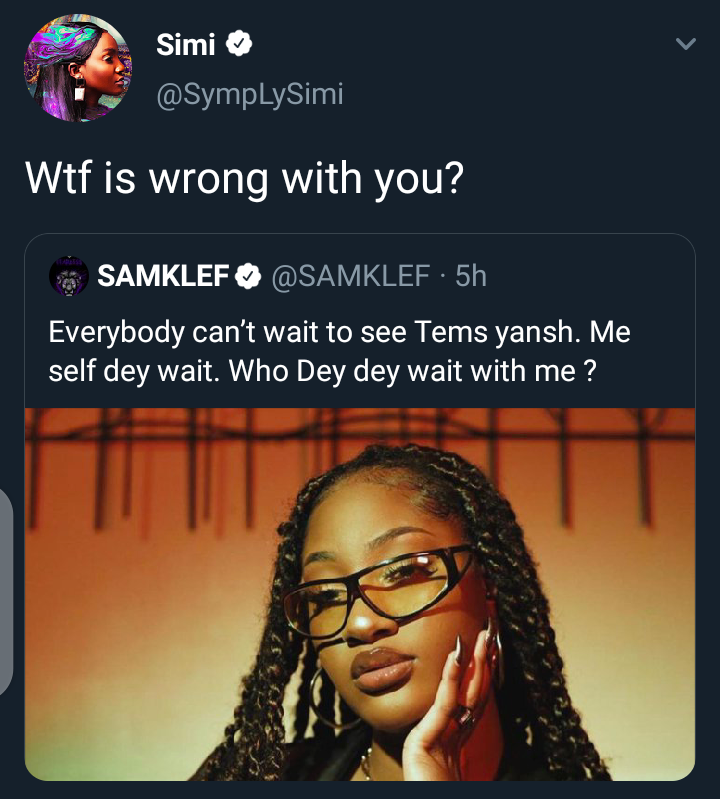 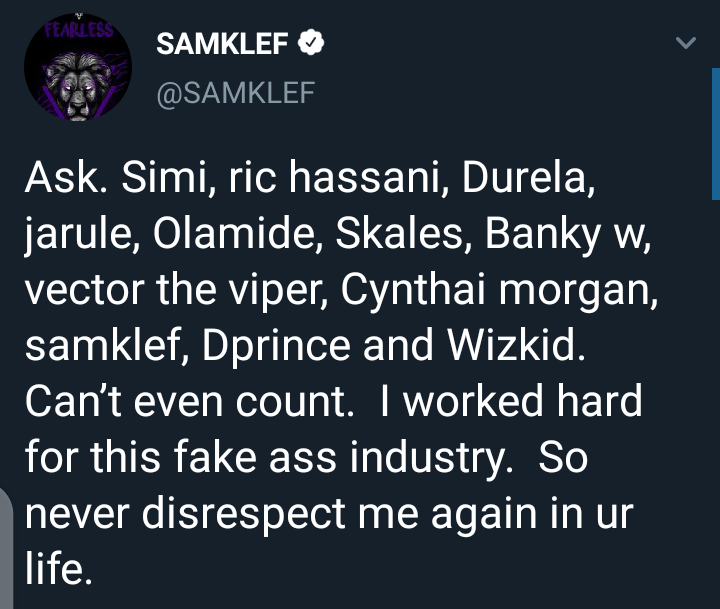 In trying to make an example, he used extra big brother naija reality star, Erica Nlewedim. He said "She had an affair on national TV and is still living a normal life".

In his own words "Erica had sex on national TV and everybody spoke about it. She is living a normal life. Its in the past". 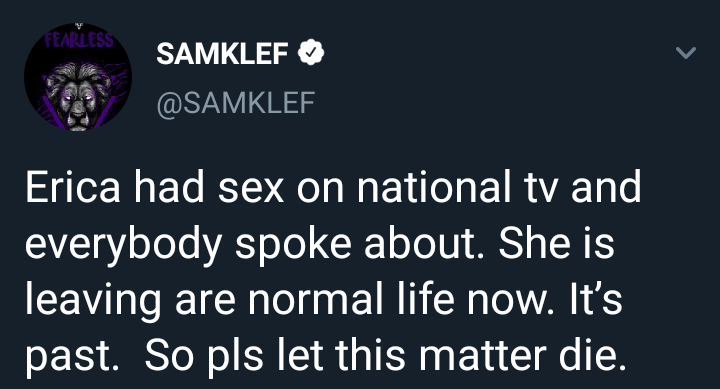 Erica, who wanted no part in the fight he already had with simi took to her own twitter handle to address the issue.

In her own words "Excuse me!!!, i dont know you so please keep my name out of your sewage mouth. You hudt had to imsert me in your drama today! I will not be associated with you!!". 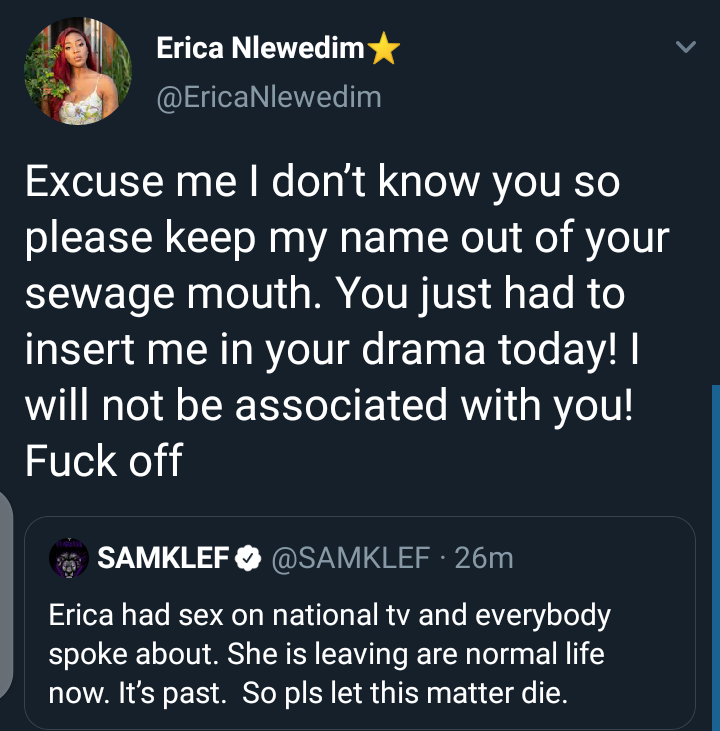 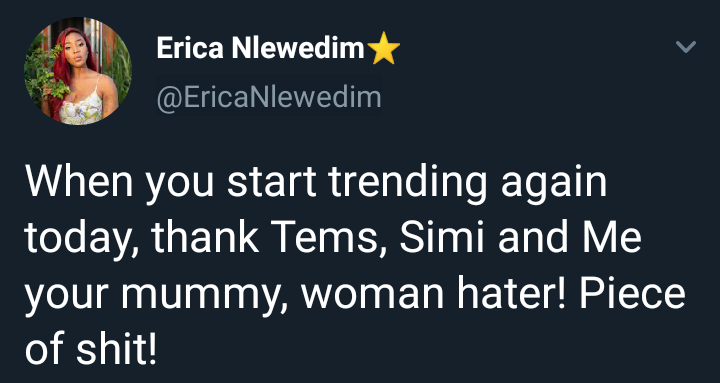 Ladies: Check out These Ankara styles you should add to your Wardrobe.

Opinion: No One Should Blame Pastor Odumeje For The Death Of Ada Jesus

I Thought Lekki Bridge Was Beautiful, Until I Saw Photos Of The Shanghai Nanpu Bridge

Five Romantic "Good Night" Sms You Can Send To Your Soulmate

Night Powerful Short Prayers You Should Say Before Going To Sleep

22 Hilarious Pictures To Make You Laugh

Who is Ada Jesus: Biography of the Nigerian Comedian who died from Kidney disease