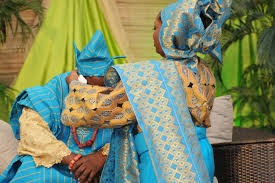 It is not known to most non-Yoruba speakers that the real Yoruba word for woman is ‘aya’ and ‘Iyawo’ widely used.

In the early years of the Yoruba people, the word Iyawo had no place in the Yoruba language until an event resulted in its use.

Long ago, in the land of Jorubishta, a beautiful princess and daughter of the first king of the city of Iwo, named Wuraola, was trying to find a patient, tolerant and well-mannered man. 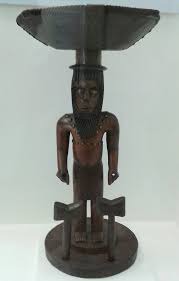 And good-looking men like Sango, Ogun and others went to Iwo to ask for Wuraola's hand, but not with a woman, but with an uncontrollable rage. Wurola was rude to everyone. In fact, he insulted and cursed his defendants, who allowed them to leave the day they arrived in Ivo because they could not stand their misbehavior.

Beautiful Orunmila went to Iwo to win Wuraola's hand at the wedding. But before leaving, he consulted with the Higher Olimumare through Ifa. Olodumare said Orunmilaya had to be patient with Wuraola and endure his behavior, no matter how bad, in order to succeed in his desire to marry Wuraola.

When Orunmila arrived at the palace of King Iwo, she was greeted by Wuraola with a voice and a look of envy. Anxiously, Orunmila smiled and greeted him with sweet and sweet words and presented gifts to the king.

Orunmila Iwoda had remained seven days on earth that could not be described as anything but hell. Wuraola did not eat Orunmila fluid. Orunmila'dan insulted his kindness, but was silent and smiled at him. He smiled as he used the opon (prophecy board) game as a board and took his bag (or ominijek) from it. Although Orunmila was angry, he did not tell her with Olodumar's instructions or left Ivo.

On the sixth day of Orunmila's stay in Ivo, King Ivo decided to marry Wuraola's daughter, deciding that she was a patient, kind, and tolerant man. In the meantime, Wuraola was scheduled to test her appropriate behavior to get a man with her bad behavior, good manners and temperament. She was a loving, caring and well-behaved lady. Orunmila was happy to hear Olodumare's instructions and returned to town with Wuraola on the seventh day.

Orunmila was welcomed by the townspeople for his achievements. When asked about his wife, Wuraola, he replied, "Iya ti mo je ni Iwo." Thus women became known as Iya-Iwo (suffering in Iwo) and now Iyawo.