BTS tops the billboard hot 100 for the sixth week in a row, setting a new record.

By Pearlreal (self meida writer) | 2 months 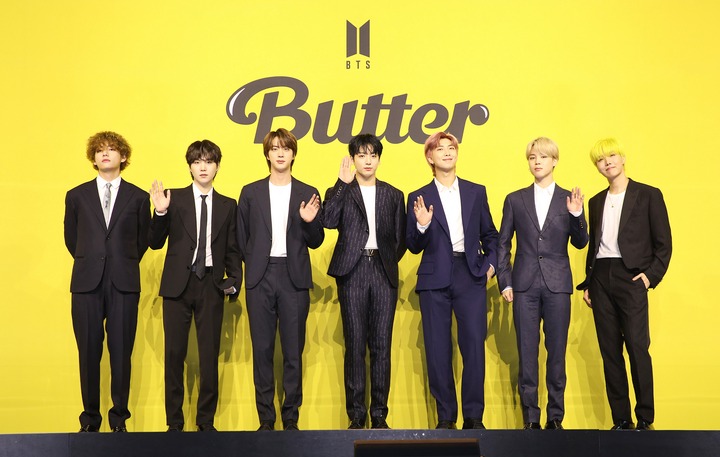 ""Butter" is officially No. 1 on this week's #Hot100 chart for a sixth consecutive week," Billboard said Tuesday (U.S. time) on its Twitter account.

"Butter" is the BTS song that has spent the most time at the top of the Hot 100, at six weeks. The seven-piece act now has 11 Billboard Hot 100 No. 1 singles, with "Butter" topping the chart six times, "Dynamite" three times, and "Life Goes On" and "Savage Love (Laxed - Siren Beat)" one apiece. 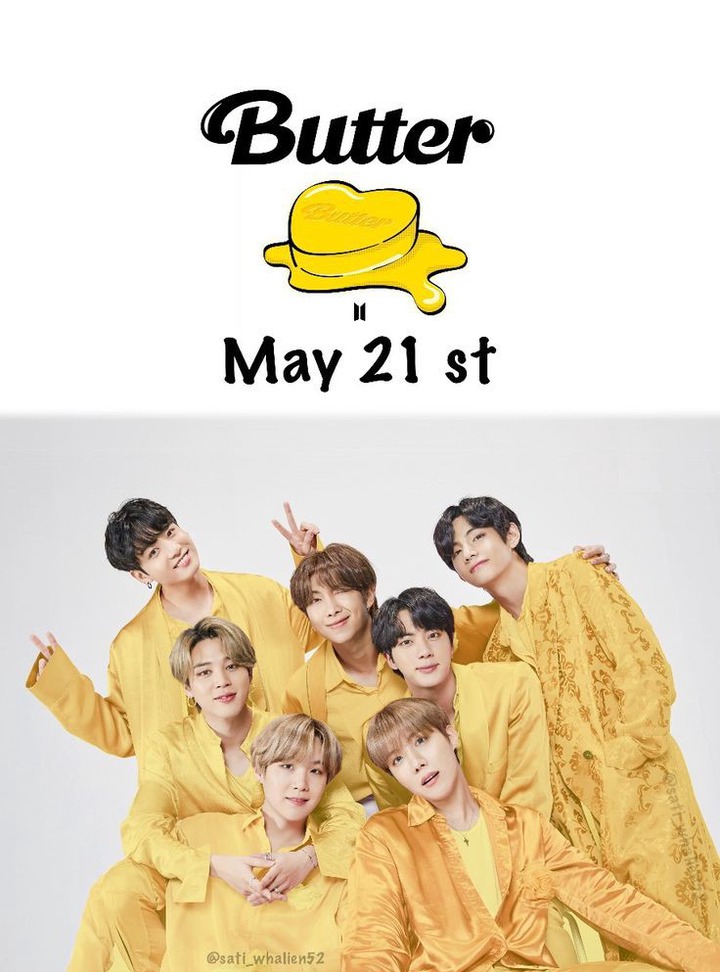 On a regional level, BTS made history last month by becoming the first Asian musician to hold the top spot for four weeks in a row.Kyu Sakamoto, a Japanese musician, had previously held the title with his 1963 song "Sukiyaki." 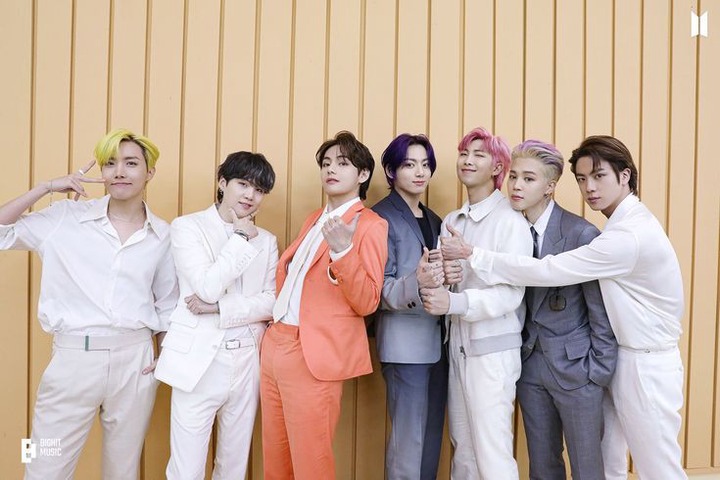 The achievement is the latest in BTS' string of world records.

After being the first Korean act to debut at No. 1 on the Billboard Hot 100 with "Dynamite" in 2020, BTS has been adding to their list of achievements. The group's first English-language single was also nominated for a Grammy.

Later that year, the primary track from its album "BE," "Life Goes On," became the first song primarily sung in Korean to debut at the top of the main singles list. 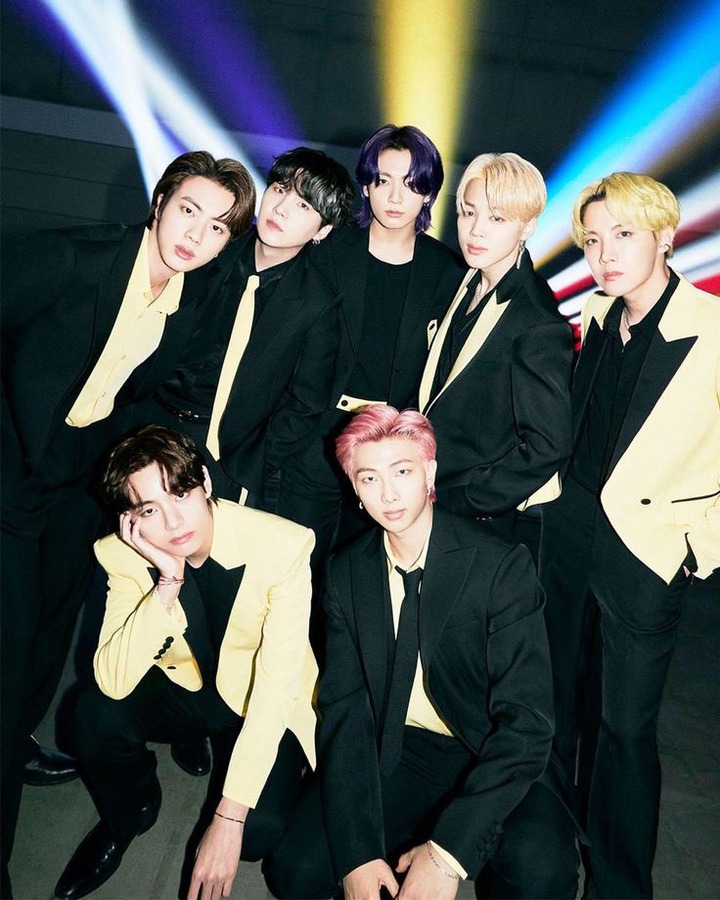 When the group's total No. 1 tracks on the Billboard Hot 100 are counted, "Butter" ranks fourth on the main singles list.

In addition to "Dynamite" and "Life Goes On," the trio was included in Jawsh 687 and Jason Derulo's remix of "Savage Love (Laxed - Siren Beat)," which reached No. 1 in October of last year.

The group anticipated that "Butter," which was released on May 21, would provide positive energy during the global coronavirus pandemic.

A day after its release, it topped iTunes top songs lists in over 100 countries, as well as music charts in South Korea and Japan.

On its first day of release, "Butter" received 20.9 million streams on YouTube and Spotify, the world's two largest platforms, breaking Spotify's record for most streams in a single day.

BTS has released three remix versions of "Butter," dubbed "Hotter," "Sweeter," and "Cooler" respectively, all of which are based on the song's lyrics: "Hotter? Sweeter! Cooler? Butter!" 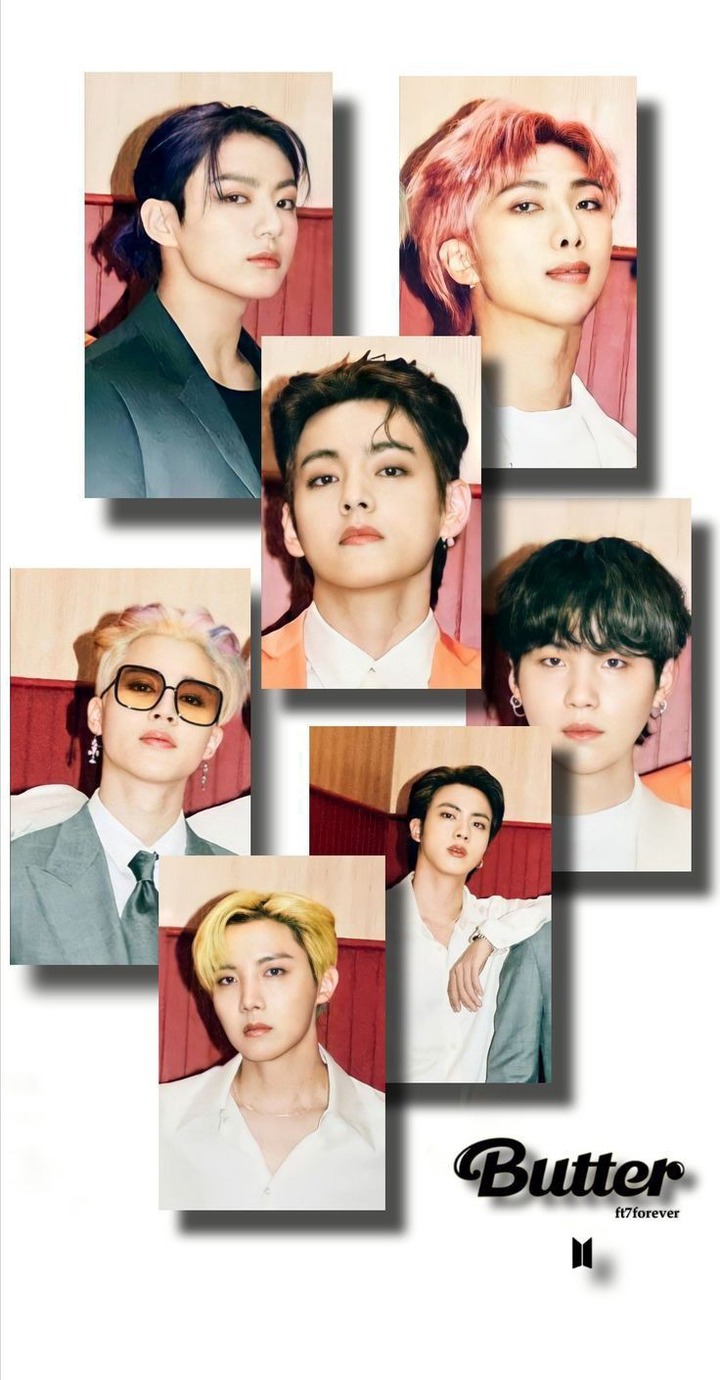 According to Billboard, the most recent data contains figures for the song's original and instrumental versions, as well as remix versions. It also takes into account sales of a 7-inch vinyl and cassette version, which were scheduled to be included in last week's figures but were delayed owing to shipment schedules.

BTS expressed gratitude to their fans for the significant chart success.

"Together with #BTS Butter, we're making history," the group tweeted on their official account. "Huge thanks to #BTSARMY," he said, referring to the powerful fandom's name.

According to Big Track Music, BTS will release a physical album for their Billboard-topping hit Army on Friday, the day the moniker Army was established eight years ago.

The chart-topping single "Permission to Dance," a collaboration with British singer-songwriter Ed Sheeran, will be included on the upcoming album. 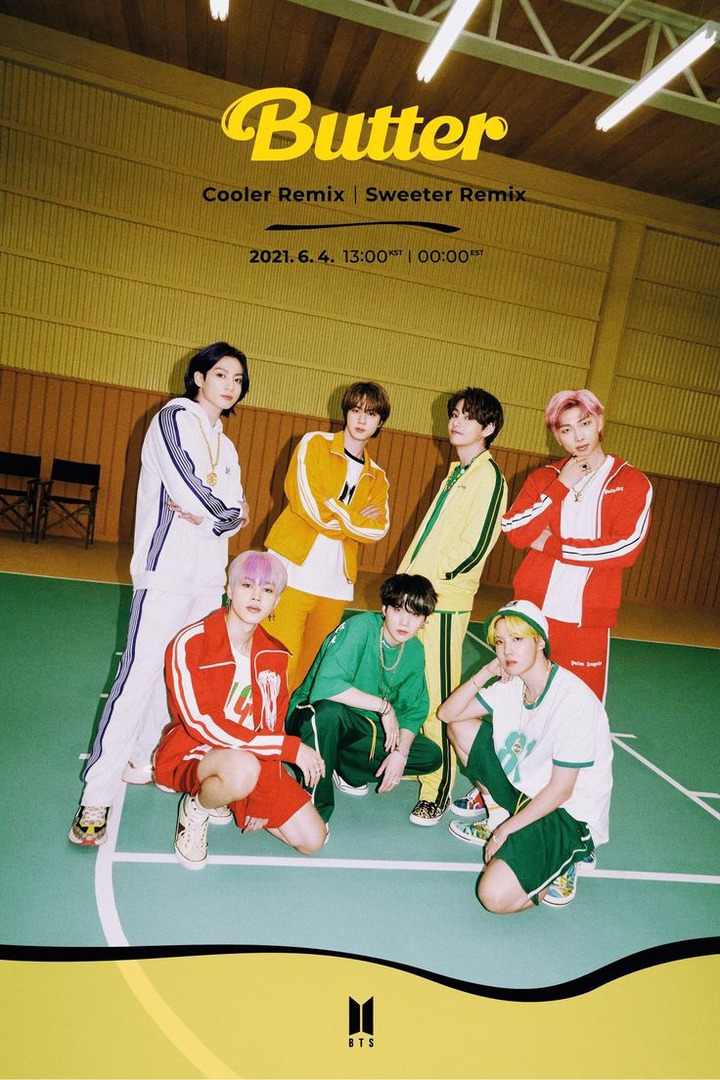 Sheeran's collaboration with the seven-piece act is his second, following "Make It Right" on the 2020 album "Map of the Soul: 7."

Content created and supplied by: Pearlreal (via Opera News )

6 Ways to save money everyday

15 Things You Shouldn't Have at Home After You Turn 30

Women, Here Are 4 Signs He Only Wants S£x

"I Want To Work", Regina Daniels Says As She Flaunts More Outfits From Her Fashion Brand (Photos)