By AniIkechukwuemmaneul (self media writer) | 7 months ago 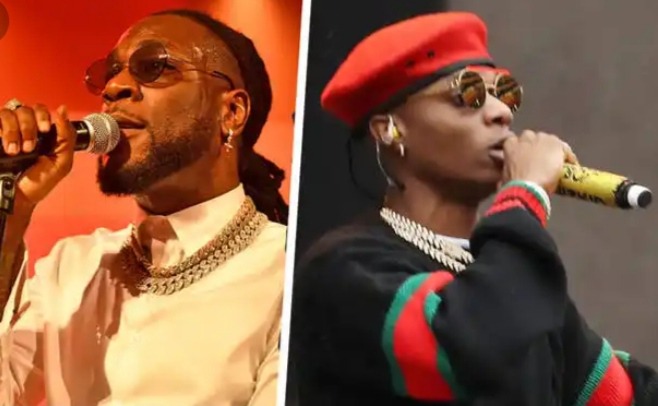 Wizkid and Burna Boy have been nominated for the 2021 Bet Awards, which has created quite a stir on social media.

BET revealed on their official Instagram page on Thursday, May 27 that Grammy-winning singers Ayodeji Ibrahim Balogun, better known as Wizkid, and Damini Ogulu, better known as Burna Boy, have each received a nomination for the 2021 BET Awards.

Along with several other international artists, Burna Boy and Wizkid are nominated for "Best International Act."

This new situation has sparked outrage on social media, as some of its users, who may or may not be fans of the nominated performers, have taken advantage of the occasion to go after the head of the multi-award winner.

Contrary to the belief and statement of the DMW boss and followers, they believe Wizkid and Burna Boy are the true rulers of the music industry.

They pointed out that the duo has recently received international exposure, as well as accolades and nominations, whereas the 30BG leader has just been performing local collaborations.

Although it may appear that the majority of social media users are unaware, Davido was the first African musician to win the BET "Best International Act" award in 2018.

In 2014, he received the prize for "Best International Act: Africa."

This hasn't stopped fans from nominating Wizkid and Burna Boy for Bet Awards in order to mock Davido.

He claimed to be bigger than everyone.

“Wow y davido always left out in an international award but wizkid and burna constantly be there,” adebayo281 tweeted.

“What about the other guy?” said iamromzypana.

“If not them, who do you want to be?” said itsbrainstorm. ”

Others, on the other hand, have pointed out that Burna Boy isn't a Nigerian musician and so shouldn't be referred to as such.

The self-proclaimed African Giant, whose recent Grammy triumph drew a standing ovation from Nigerians, has revealed that he is not a Nigerian musician.

He revealed this in response to a tweet humorously addressing his detractors, stating that he will be leaving Twitter NG shortly.

“Me wey no even be Nigerian artist,” the tweet adds.

Content created and supplied by: AniIkechukwuemmaneul (via Opera News )