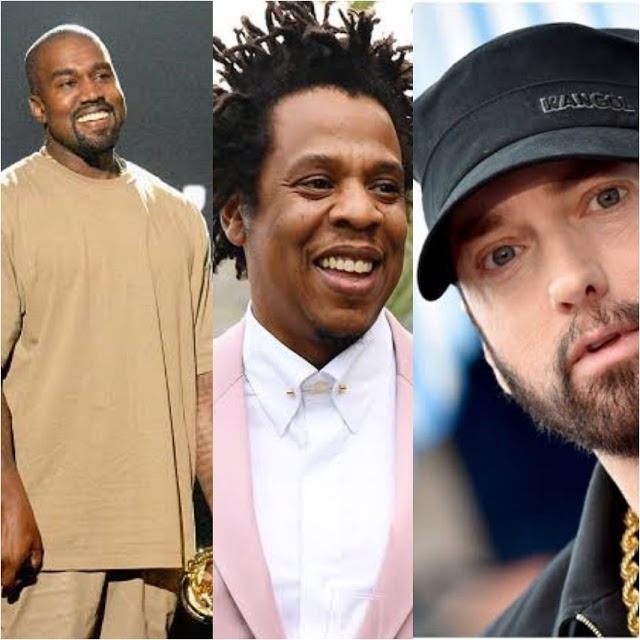 Who are the richest rappers?

These are the ones considered to be the greatest of all time. There is a lot of money that has been made in Hip Hop. Big names in the industry owns lots of luxurious stuffs such as private jets, fancy cars and even the likes of Jay Z and Kanye West purchasing private islands.

Famous rappers are worth millions and billions of dollars. They have sold millions of records worldwide and can't believe how much they make from concerts and tours. This article is on the Top 10 richest rappers in the world. 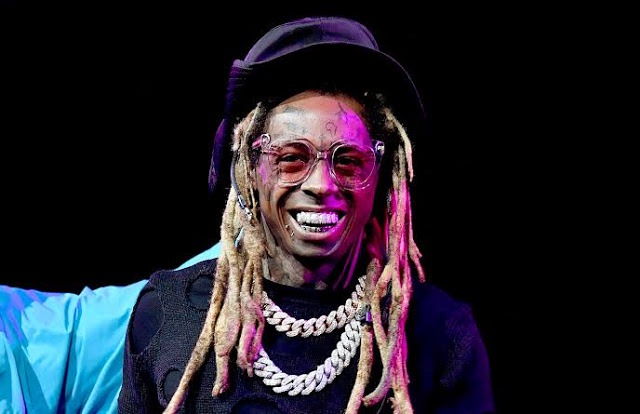 Lil Wayne is the tenth richest rapper in the world as of 2020. The rapper is of New Orleans background .Wayne released his solo debut album when he was just 17 years old. That album had been certified platinum by the RIAA.

Tha Carter which was Lil Wayne's fourth album sold 878,000 copies only in the United States and the follow up Tha Carter II sold 238,000 copies in just its first week of release and later sold 2 million copies worldwide.

Lil Wayne has sold more than 15 million albums and 37 million digital tracks in the US. He is the CEO of his own label, Young Money Entertainment. Wayne is a five times Grammy Awards winner.

As of 2020, Lil Wayne's net worth is estimated at $150 million. He has one of the the most entries on the Billboard Hot 100 with 109 songs after surpassing Elvis Presley. 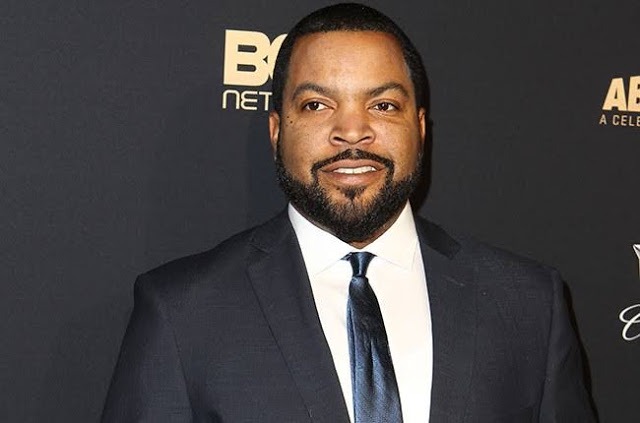 Ice Cube is one of the most powerful people in Hollywood. He was on N.W.A's 1998 album Straight Out of Campton leading out gangsta rap.

His two solo albums Amerikkka's Most Wanted in 1990 and Death Certificate in 1991. The two albums were certified platinum. He plays a lot of roles in comedy and gangster movies as well.

He has achieved more success in acting than most would say for Hip Hop. He is one of the biggest names in the game and has an estimated net worth of $160 million. 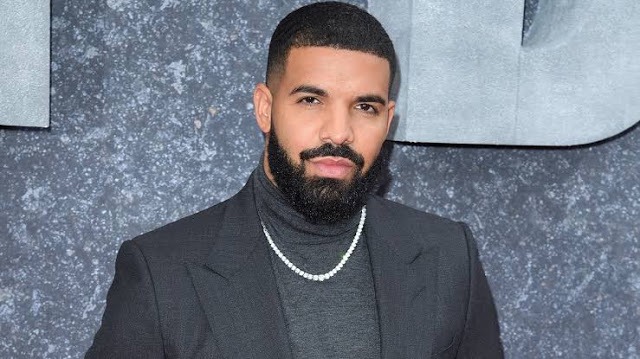 The Canadian rapper is eighth on the list. Drake in 2007 released his debut mixtape Room for Improvement. "Comeback Season" and "So Far Gone" were follow up music projects. He signed for Young Money Entertainment in 2009 when it was still an imprint under Cash Money records.

He released his debut album "Thank Me Later" in 2010 and it debuted at number one on the US Billboard 200. Drake is the founder of the OVO Sound record label in 2012 with his producer and friend Shebib James.

All his albums have been a very wide success. His mixtape "If You Are Reading This it's Too Late" in 2015 earned a platinum certification in the US. "Views" his fourth album stayed for 13 non-consecutive weeks on top of billboard 200. 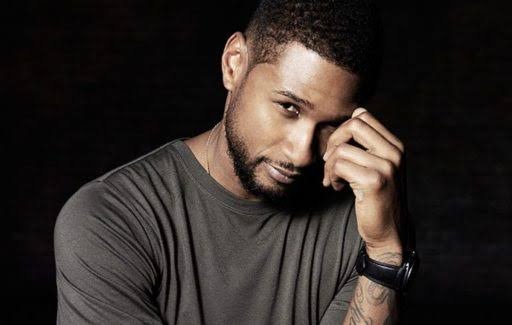 Usher is an American singer, songwriter, actor and dancer. At the age of 12 his mother put him in local singing competitions before he was scouted by LaFace Records.

He rose to fame in the late 1990s. The single "Nice & Slow" off his 1997 album My Way was number one on Billboard Hot 100. Usher's third album 8701 in 2001 got him his first two Grammy Awards after selling eight million copies worldwide.

In 2004, "Confessions" established Usher as one of the bestselling musical artists of the 2000s decade selling 20 million records worldwide. The album spawned four consecutive billboard Hot 100 number one singles.

He is one of the bestselling music artists of all time having sold over 23.8 million albums and 38.2 million digital tracks in the US including over 100 million records worldwide. As of 2020, Usher's net worth is estimated at $180 million. Master P is among the richest rappers in the world. He is the founder of the record label No Limit Records which was relaunched as New No Limit Records through Universal Records and Koch Records but currently bears the name No Limit Forever Records.

Master P gained fame in the 1990s with the success of his Hip Hop music group TRU as well as his fifth solo rap album Ice Cream Man. His single "Make Em Say Uhh!" went platinum and gained further breakthrough for him.

He is also a former basketball player and has his own basketball league, Global Mixed Gender Basketball (GMGB). Miller has also starred in many movies since embarking on a career in acting. Eminem is often regarded as one of the the greatest rappers of all-time. He signed with Dr Dre's Aftermath Entertainment after his debut 1996 album Infinite and The Slim Shady EP in 1997.

Huge worldwide recognition came from his "The Marshall Mathers LP" and "The Eminem Show" in 2000 and 2002. They were both nominated for Grammy Awards for Album of the Year. His album "Recovery" was the bestselling album worldwide of 2010 and his second after the "Eminem Show".

He appeared in the musical drama film 8 Mile which was his debut. Eminem made cameo appearances in the movies Wash, Funny People and the Interview.

As of 2020, Eminem's net worth is estimated at $230 million. He has sold more than 220 million records. He is also a fifteen times Grammy Awards winner. 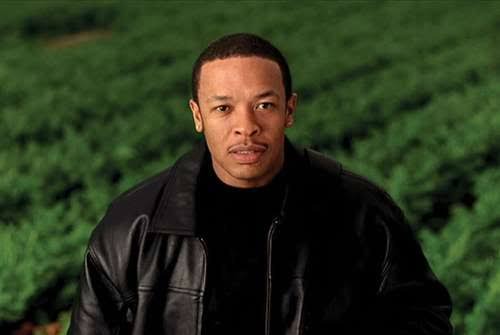 Dr Dre owns the Aftermath Entertainment and the CEO of Beats Electronics. He started out as a member of the world class Wreckin'Cru in 1985 but found fame with the gangsta rap group N.W.A.

His debut solo album The Chronic in 1992 which he released under Death Row Records made him one of the bestselling American artists of 1993. He left Death Row Records and established Aftermath Entertainment in 1996.

Dr Dre in 2008 released Beats by Dre which was later acquired by Apple for $3 billion in March 2014. The deal made Dr Dre the richest man in Hip Hop at then.

He has won six Grammy Awards. Dr Dre is one of the most influential figures in Hip Hop and was ranked number 56 on Rolling Stone's 100 Greatest Artists of all time. As of 2020, Dr Dre's net worth is estimated at $800 million. Also known as Puff Daddy is an American rapper, singer, songwriter, record producer, entrepreneur and actor. Combs was with Uptown Records as a talent director before establishing Bad Boy Entertainment in 1993.

No Way Out was his debut album in 1997 and till date has been certified seven times platinum. His follow up albums proved very successful as well.

He formed the musical group Dirty Money in 2009 and released Last Train to Paris which was critically and commercially successful.

The three times Grammy Awards winner has a clothing line which he established in 1998. In 2003, Ronald Burkle invested $100 million. Other ventures include two restaurants called Justin's, Enyce clothing line and has a major stake in Revolt TV. As of 2020, Sean Combs net worth is estimated at $885 million. 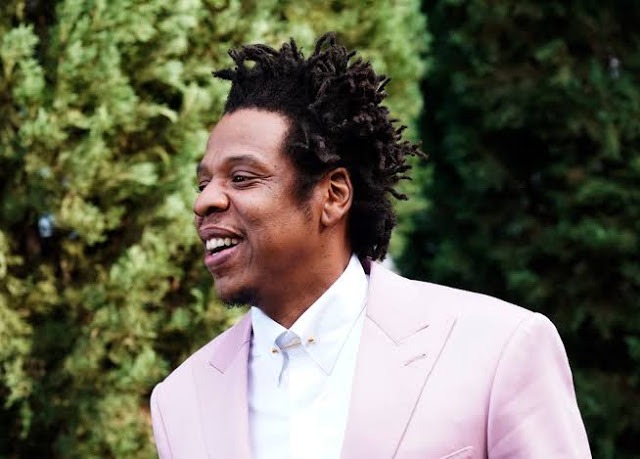 The rapper sold CDs out of his car before he established the independent record label Roc-A-Fella in 1995. His debut album "Reasonable Doubt" gained him critical success and his gone far since then to become one of the greatest and richest rappers in the world.

Jay Z has gone ahead to release more 12 albums which gained wide success. He became the first hip-hop billionaire as of June 2019. He founded Roc Nations, a popular entertainment company in 2008.

The rapper has sold more than 50 million albums and 75 million singles. Jay Z has won the Grammy Awards for 22 times being one of the most awarded artists of all-time.

As of 2020, Jay Z's net worth is estimated at $1 billion. He invested $200 million in Armand de Brignac champagne for a 100% stake. Jay Z is also one of the richest black people in the world. Kanye West is the richest rapper in the world. He first got breakthrough as a producer for artists under Jay Z's Roc-A-Fella. Kanye gained further recognition for his awesome production for Jay Z's 2001 album "The Blueprint" which is one of the greatest Hip Hop albums of all-time.

"The College Dropout" is Kanye's debut album. The album found him fame as a rapper and shortly after its success he created the record label Good Music. Kanye has worked together with Jay Z and Kid Cudi to release collaborative albums.

Kanye West's net worth is estimated at $1.3 billion. His success in fashion is a major source for such a huge net worth especially his Yeezy collaboration with sportswear company Adidas.