Hollywood’s Most Expensive Films Ever Made

Films have been a huge part of the entertainment industry for decades and people still love going to the theater to watch films that they look forward to seeing. The Hollywood industry is known for having the greatest films, but these films wouldn’t be possible if it wasn’t for the production budget. Not every film costs the same, the films that are most likely to have a big budget, are those who are in the fantasy and science fiction genre. However, they wouldn’t exactly spend so much money to make a specific film if they don’t expect a huge return of investment. So here are some of the most expensive films in Hollywood history, that were totally worth watching.

PIRATES OF THE CARIBBEAN: ON STRANGER TIDES – $370 MILLION 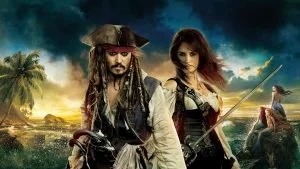 First up is none other than the fourth installment of Disney’s Pirates of the Caribbean. Johnny Deep is known for nailing each role given to him, from being the Mad Hatter in Alice in Wonderland to being Edward Scissorhands and Willy Wonka, but then again, he is more known for playing the pirate, Capt. Jack Sparrow, which is probably one of the reasons why they made it a series of films, with the last one came out in 2017.

Every film in the series was worth more than $100 million, not just because of the ensemble cast, but most especially because of the CGI or the computer generated imagery, like the scene where there has to be mermaids involved.

Another expensive film from Hollywood is BATMAN V SUPERMAN: Dawn of Justice. This was actually such a bold move made by DC and Warner Bros because just a few years after they introduced the new Superman in the film Man of Steel, they immediately made a film which ensembles superheroes like Batman and Wonder Woman to join Superman. Their competition, Marvel, have spent years building up and introduces their superheroes in several films before they did Avengers. Still, it was a success, so that two-hundred and twenty million was indeed worth it for the producers.

The Harry Potter franchise consisted of eight films and was made for ten years. Warner Bros. of course, made sure that they this franchise will have an amazing cast, production design, costumes, and of course special effects, hence the budget was huge.

It was all worth it though, people from all over the world loved the franchise, but the most expensive of them all was the sixth one, the Harry Potter and the Half-Blood Prince. The production, including their director, David Yates, admitted to have a bit of pressure filming this because it was considered to be the last film where Harry and his friends will be considered as normal teenagers who go to school and does homework and other teenage stuff, since the next two films was basically just them fighting for their lives as well as for the entire wizarding world. The film was a success as usual, especially with the film’s amazing cinematography, so the budget was actually pretty worth it.

Last but definitely not the least, is an animated film which is actually a little shocking to have such a budget, but according to Disney, it actually took six years for them to make this film. One of the reasons why it got so expensive was that the development of the film was actually stopped twice before the final version was released, hence it took them six years.

The storyboarding, writing, and designing different versions of this animated flick was actually one of the reasons why it got so big. It is actually known to be the most expensive animated film ever made.