Fiction: Son chooses friends over his own Father. What happened next is quite hilarious. 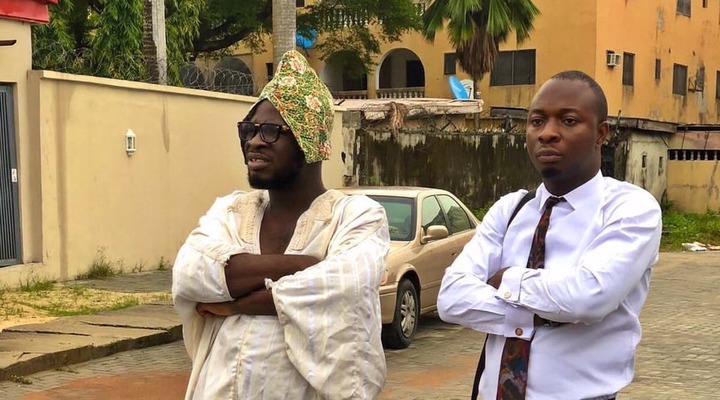 Your dad owns an old grey coloured toyota camry 2003 model with a few white patches here and there as a result of constant 'body work'.

The car is long overdue for a change but your dad is more interested in sponsoring you up to master's level than in he is in 'frivolous' spendings.

It's Saturday and you have a wedding downtown to attend with your dad. you wake up, steam the car as you give it an in-and-out wash.

You're done within fifteen minutes so you rush to get yourself ready.

The car is clean and ready, your dad is dressed and set, but you're contemplating on whether to wear your yoruba-demon-standard white agbada.

Or whether to go with it to the wedding before putting it on cos you fear the seat of your dad's rickety camry will mess up your white.

Just then Taofik your friend from the university arrives your compound with his father's 2018 Mercedes Benz GLK 350. he's not alone as two other of your guys - Kehinde and Segun - are with him.

You all laugh and greet yourselves just like you do in the university. they ask you to join them in the Benz cos the squad is incomplete without you.

You should have told them you're with your dad but you don't want to sound like a daddy's boy as the car is enough embarrassment already.

You think of your crush, Kemi who most definitely would be at the wedding. you want to arrive in grand style like AY, Ramcey Noah and Falz did in the movie Merry Men.

Your dad shows up just then and you ask him if you could join your friends to the occasion. you really want to. it's written all over your face.

Your dad tells you you're an adult and so you're free to do as you please after all you're responsible for yourself and your actions. you prostrate and thank him and then wait for him to leave.

Ten minutes later you occupy the front passanger seat and you and your friends are on your way to the wedding but from a distance you see your dad parked on the road pouring water into the radiator.

The car is overheating as usual and you're embarrassed as your friends make one or two demeaning and derogatory comments about the incident.

You wanted them to drop you so you help your dad but Taofik is behind the wheels not you so he sped off and they all wallow in streams of laughter.

Just before you get to the venue, the car is stopped by officers of the Special Anti Robbery Squad (SARS) and you all are asked to pullover and step out to be searched.

The car is thoroughly searched. your friends and their phones are searched. and you are being searched too.

It was then you knew Taofik was into Internet fraud as pictures of different white women was found on his phone as well as several payment receipts made from the US, the UK, Thailand and China.

Kehinde had weed, lighter and a pack of brown rizzla with him while packs of Rophynol and Tramadol were found in the car's pigeonhole.

You and Segun are free of implicating materials but the Officers insist you follow them to the station.

From where you were made to kneel with your white agbada you sight your dad coming with his kabu-kabu camry. the Lord must be on your side so you plead with an officer to help stop 'that car' as it's your father's.

Your dad is stopped. he came down and you cry to him explaining what had happened. he looks at you and says; "less than 45 minutes ago I told you you're responsible for yourself and your actions when you decided to walk with chickens. sort yourself out son".

He turns to leave and impulsively you make to follow him but a resounding slap hits the right side of your face and you fall to the dusty harmattan floor with your white agbada, crying.

Did the dad overreact? What do you think? Share your thoughts.