By Temi_loluwa (self media writer) | 9 months ago 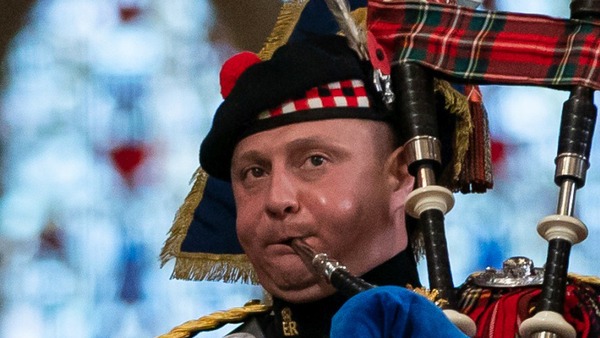 The Queen of England is perhaps one of the most important people in the world, and a such, she doesn't need an alarm clock, because she has her personal piper to wake her up. According to reports, Every morning at 9.a.m. The Queen's personal piper stands outside wherever she is, usually under her window, and plays for 15 minutes. The piper is said to travel with the Queen, to all her of her royal residences, anywhere it is. However, it is noted that he doesn't travel with her to Sandrigham, due to limited lodging space.

The duties of the Piper isn't exactly limited to waking up the Queen, according to Royal central, he also performs the duty of playing the pipes during dinner and coordinates the additional pipers, who play in royal events and state banquets. The Queen's personal piper has also been noted to play at funerals and funeral processions. The then royal piper, Jim Mother well, played during the procession of Princess Margaret's coffin after her death in 2002. The procession and the playing was done from Kensington Place, together with the head piper from Royal Highland Force. Also, when the Queen Elizabeth's mother, popularly called the Queen Mother died a year after, he performed one of her favorite tunes, "The Dark Island," as her coffin was laid down at the Royal Chapel of All saints at Windsor Great Park at Windsor Castle bound for her funeral in London. 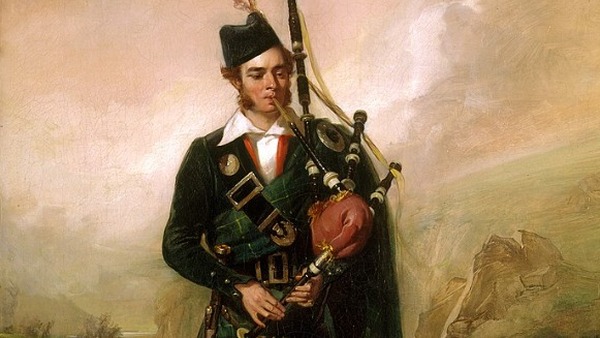 The role of the Queen's piper also called Piper to the Sovereign was first established by Queen Victoria in 1843. Her decision to establish the role was influenced after her visit Taymouth Castle, home of the Marquess of Breadalbane. She was inspired by what she saw and the orderliness she enjoyed and she decided to create the royal position. "We have heard nothing but bagpipes since we have been in the beautiful Highlands and I have become so fond of it that I mean to have a Piper, who can if you like it, pipe every night at Frogmore," she says in Ruth Binney's book Royal Family Life.

The first personal piper to the Queen was Scottish Piper Angus Mackay, and according to Bagpipe News, he remained in her service until 1854.

Ever since the time of Queen Victoria, there has been a position of a Royal Piper with the Sovereign, though the title and position was put on hold during the Second world War which lasted from 1941-1945. However, the Color sergeant David Rodgers became the first member of the Irish Guard to hold this prestigious position which had earlier been filled by a Scottish Piper. Since it's inception, 16 different pipers have filled the position.