One of the P-Square brothers, Paul Okoye is in an ecstatic mood as him and his beautiful wife celebrate their 7th wedding anniversary as he decided to share photos of himself and his wife, Anita as fans including Celebrities have reacted including his elder brother, Jude Okoye.

The talented singer shared the throw back photos of himself and his wife on their wedding day on his Instagram page and wrote;

"Happy wedding anniversary to us." 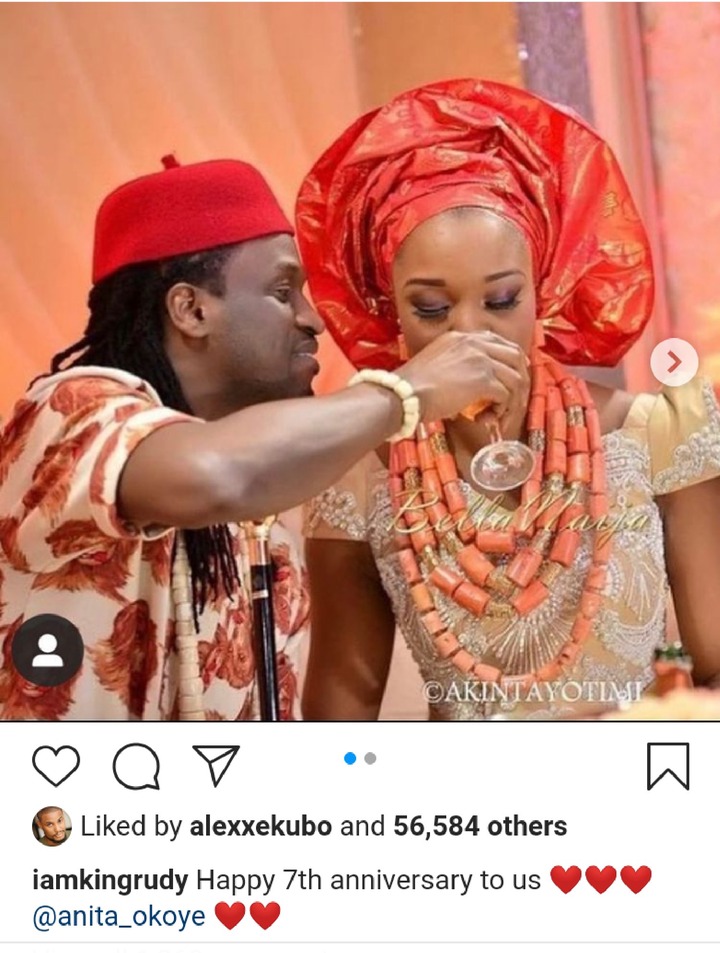 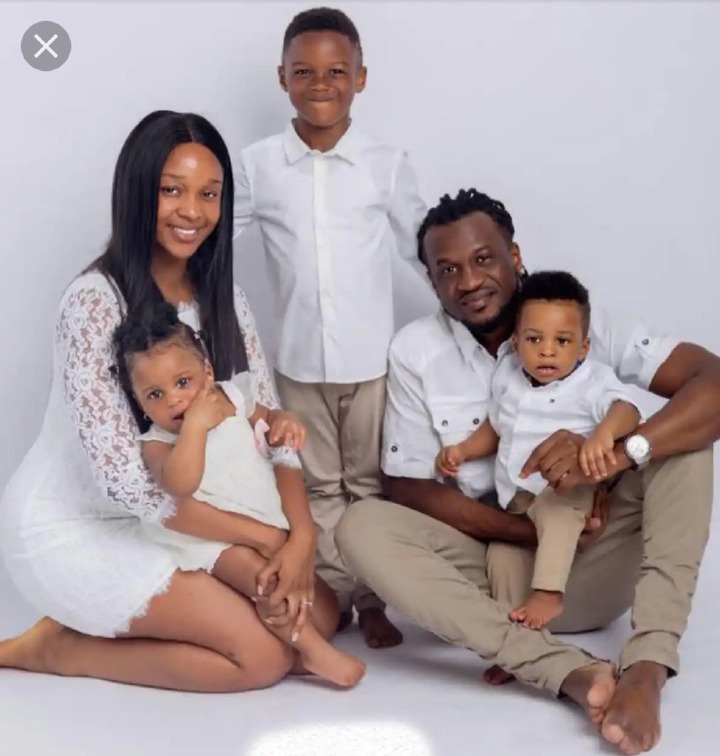 Paul Okoye,39, popularly known as Rudeboy and his wife have really come a long way as couple as they celebrate 7 years together. Rudeboy decided to share throw back photos of himself and his wife when they had their traditional wedding, as fans have reacted including his celebrity friends. It is indeed a good thing to find your better half and build a home with the person. This is exactly how Paul Okoye feels right now as he celebrate 7 good years with his darling wife.

The Anambra State born singer who had his secondary education in Jos, plateau State, has really done well for himself since he broke tie with his brother Peter Okoye which led to the disbandment of P-SQUARE. He released his debut solo tracks ‘Fire Fire’ and ‘Nkenji Keke’ in 2017. In 2019 his song "Reason With Me" had the highest views on Youtube in Africa. He is a boss of his own as he founded his own record label Fire Department Inc In 2019

Paul became a complete and happy man when he married his sweet heart, Anita in 2014 whom he met when he was studying at the University of Abuja. Before they decided to tie the knot, the couple had their son Andre in Atlanta, Georgia in the United States. They later welcomed a set of twin later .

Honestly, 7 years in matrimony is worth celebrating and I must say a big congratulate to the lovely couple.

Below are the photos Paul Okoye shared on his Instagram page; 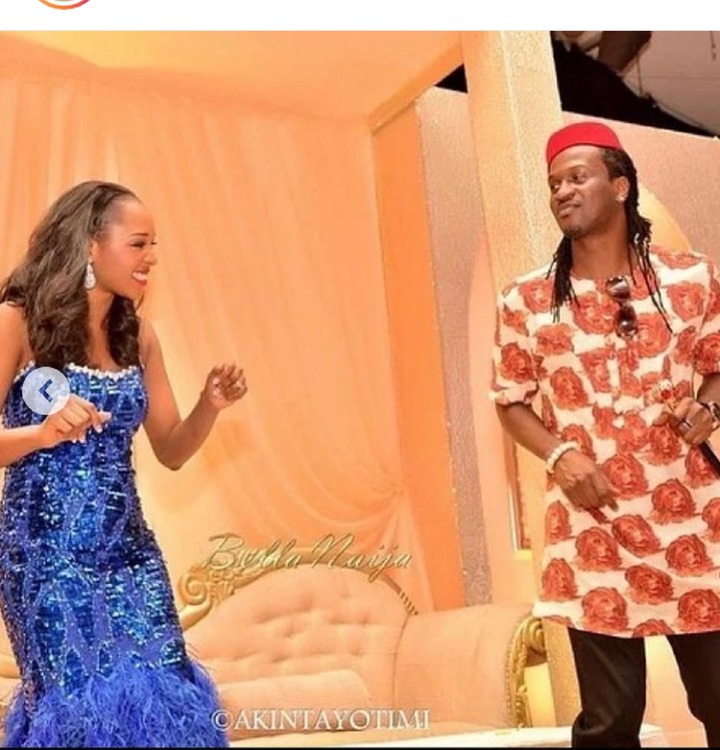 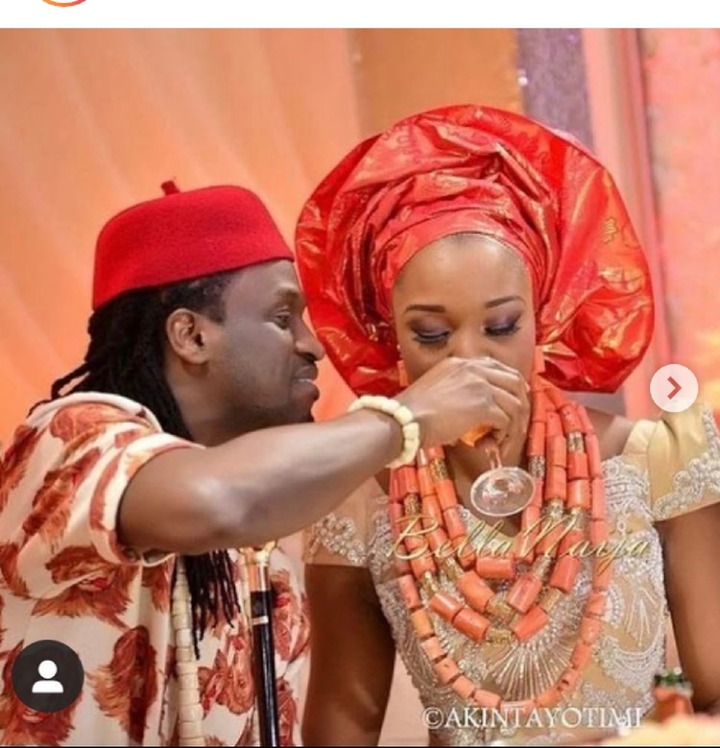 Immediately he shared the photos, his fans including his celebrity friends reacted. 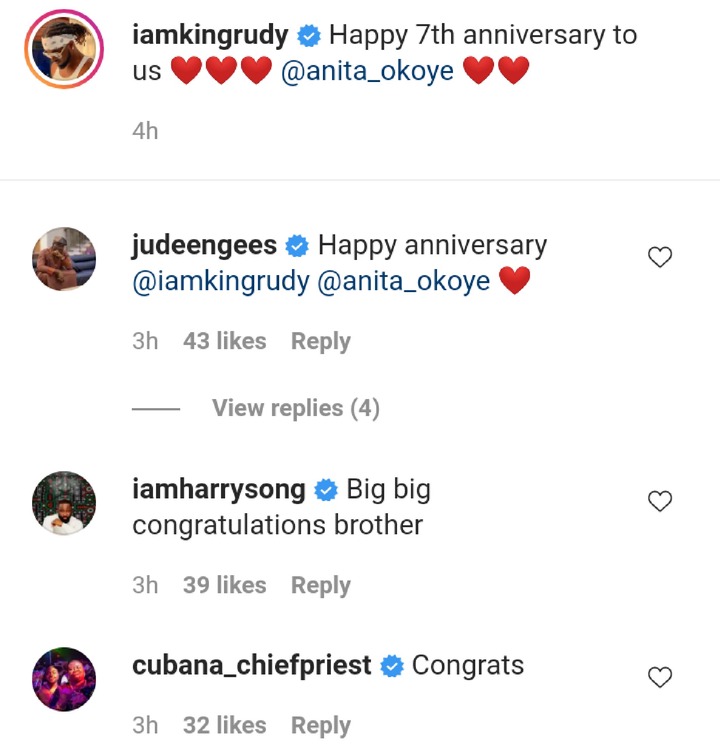 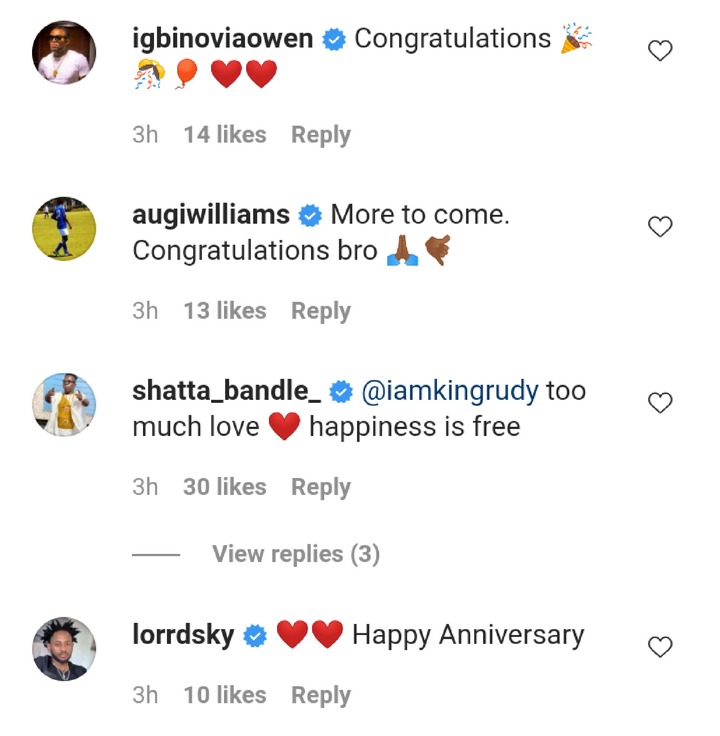 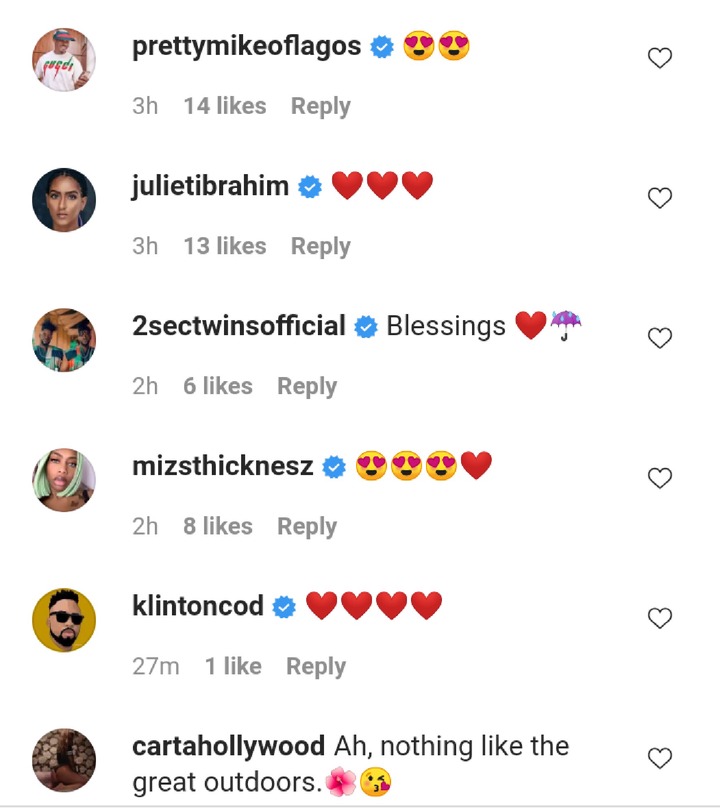 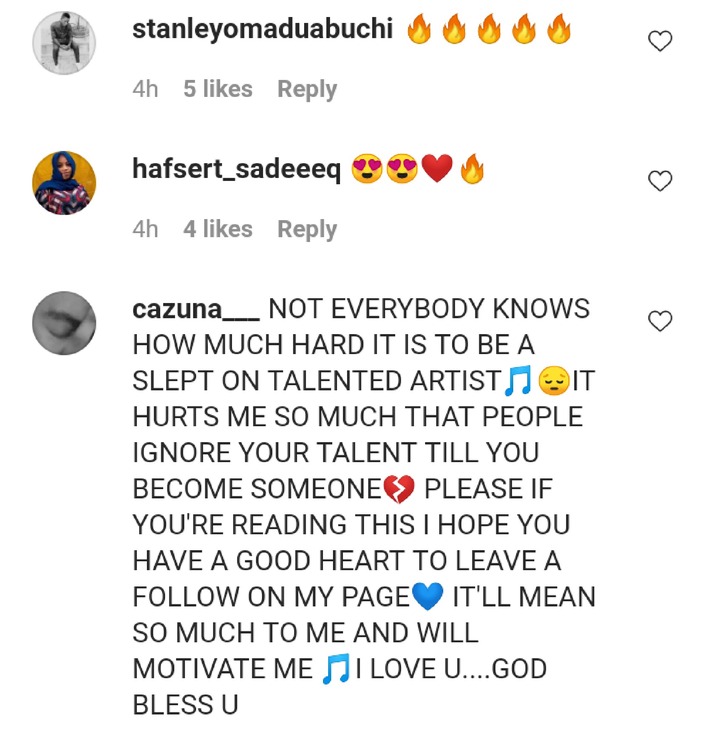 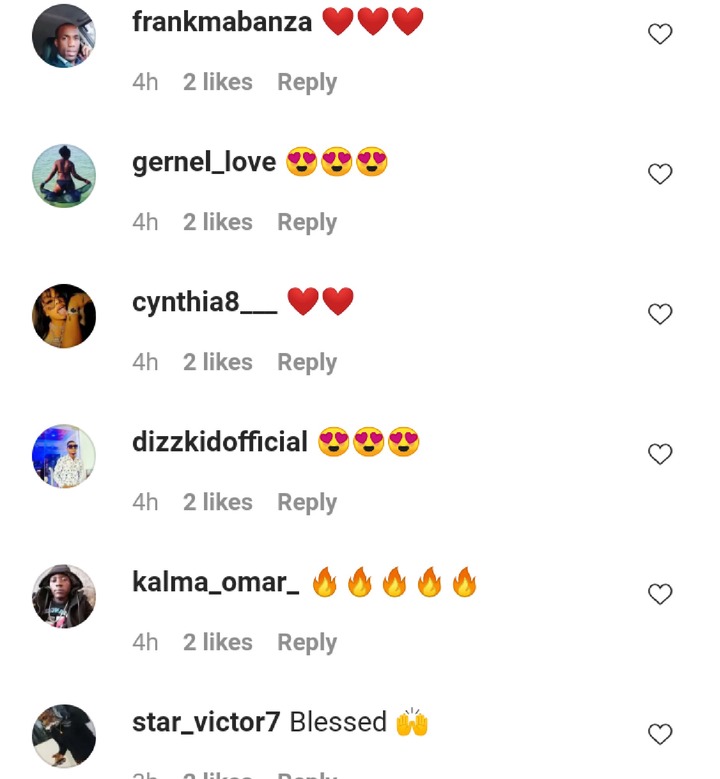 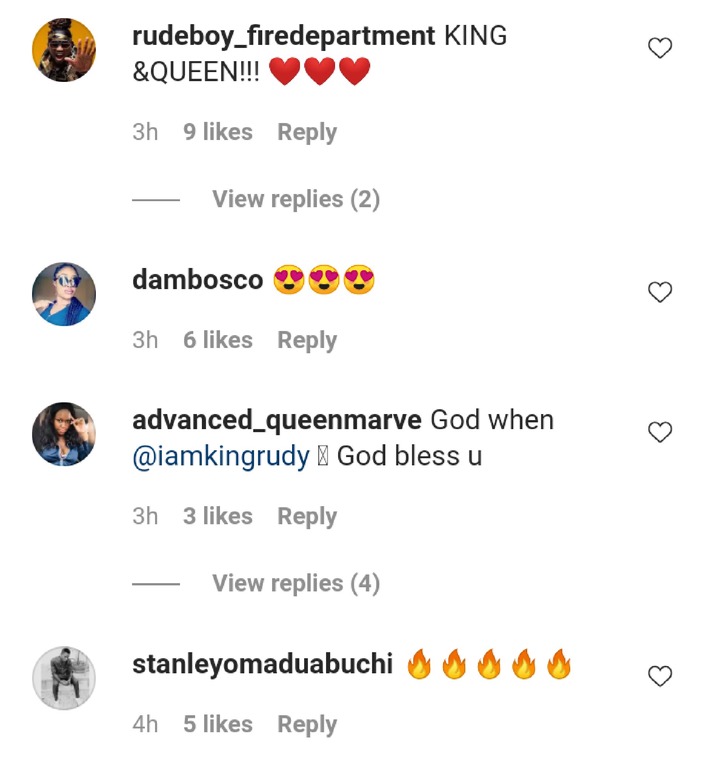 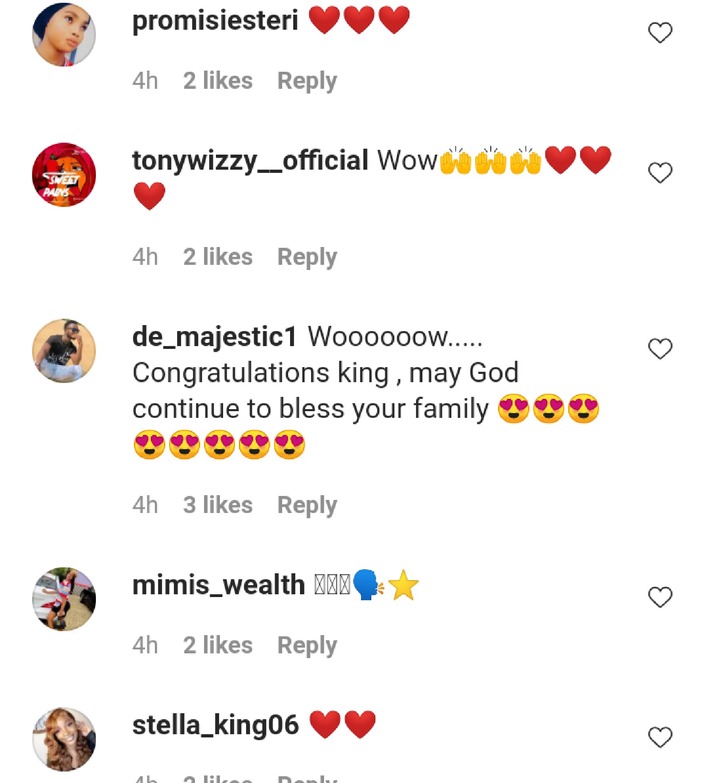