By McDonaldI (self media writer) | 1 year ago

Veteran actor, Victor Osuagwu in a hilarious video has stated that after the burial ceremony of Obi Cubana's mother, his late mother has been appearing to him in his dreams requesting for him to rebury her in a more befitting way. In the short video which was sited on the official Instagram page of Linda Ikeji blog, the comic star stated that he is worried because after the burial ceremony of Mrs Ezinne Uche Iyiegbu, Obi Cubana's mother, his own late mother has not allowed him to rest as she continually appears to him in his dreams, persuading him to organize a reburial for her, as the case may be. Victor Osuagwu made this funny statement while driving in his car. Jokingly lamenting about the situation that he has found himself, Victor Osuagwu exonerated himself by saying that he is not as rich as Obi Cubana, and he is just a comedian who doesn't possess billions like the socialite. 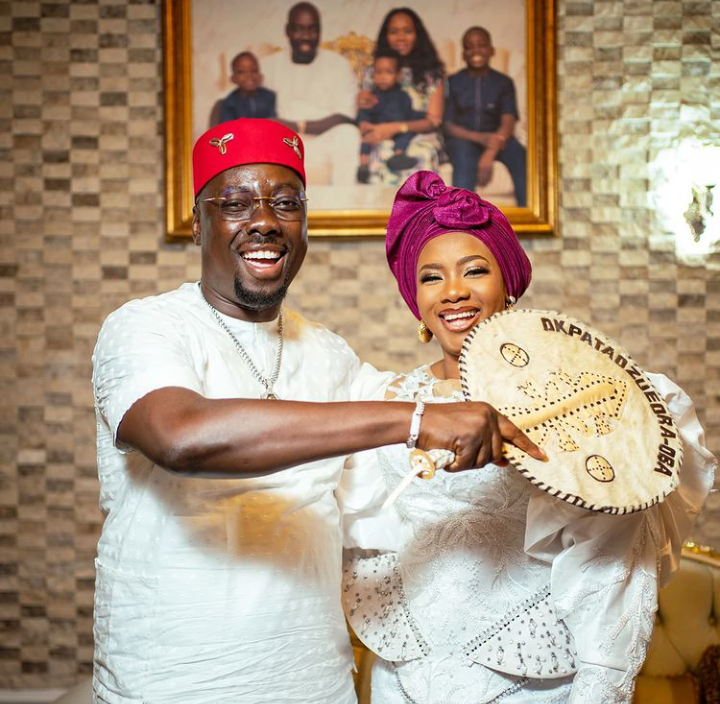 Victor Osuagwu further stated that he doesn't have a fleet of hotels like Obi Cubana has and therefore cautioned her to leave him alone. The comedian who didn't relent in his drama further asserted that he is doing what his mother sent him to the world to do and that is to come and do 'nzuzu'(misbehave) and that's basically what he has been doing and why would she come to disturb him in his dreams to demand for a reburial? He added that his mother should give him a break and leave him alone because he is not ready for such a thing now.

Victor Osuagwu who is known for his rare comic skills in this video of his has apparently reacted to the burial ceremony of Obi Cubana's mother which turned into a carnival and saw a lot of affluence and riches being displayed. Obi Cubana has continued to send shivers down the spine of everyone, even though the burial ceremony was concluded days ago. The lavish party which took place has left everyone wondering how Cubana was able to put up such a show at a burial ceremony which is supposed to be a place of mourning. Victor Osuagwu as an Igbo man and renowned comedian has just stylishly passed his message in the short video clip. Obi Cubana recently has over 1.3 million followers on Instagram, this is someone who didn't have up to 1 million followers before his mother's burial. But now, the massive growth in his followership is evident.

What can you say about Victor Osuagwu's hilarious video? Do you think he should rebury his mother as well?