Jyoti Amge: Check Out What This Actress Has Achieved Despite Being The Shortest Woman In The World

By Wonderboy24 (self media writer) | 10 months ago

One of the many wonders of our world today, is majorly focused on the human race; but here, we are going to take a look at a particularly shocking human; 'The shortest woman in the world'. 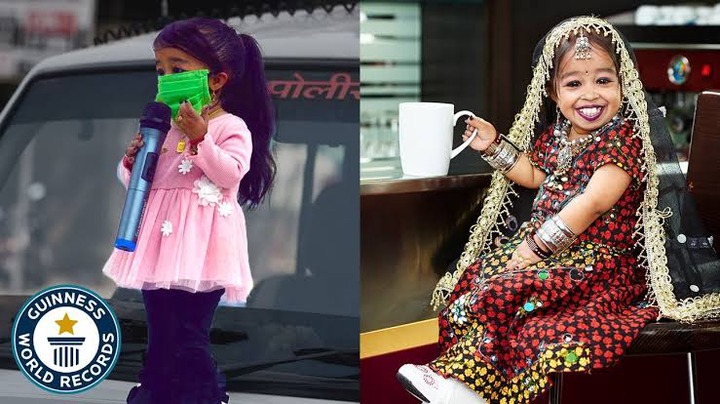 Jyoti Kisange Amge, who born on 16 December 1993, is an Indian actress notable for being the world's shortest living woman according to Guiness World Records.

Following Amge's 18th birthday on 16 December 2011, she was officially declared the world's shortest woman by Guinness World Records with a height of 62.8 centimetres (2 ft 0.6 in). 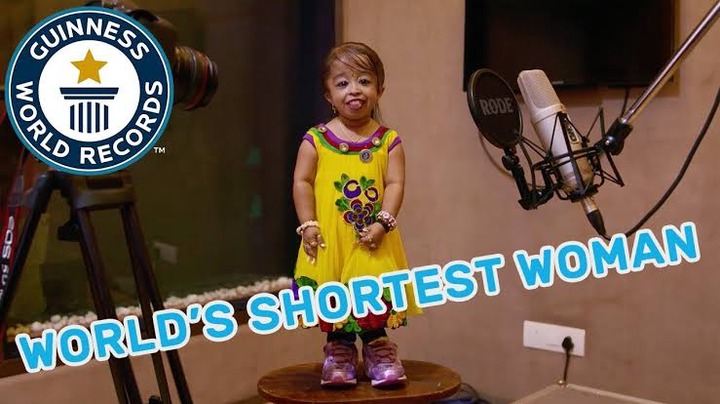 Her restricted height is due to a genetic disorder called Primordial Dwarfism. 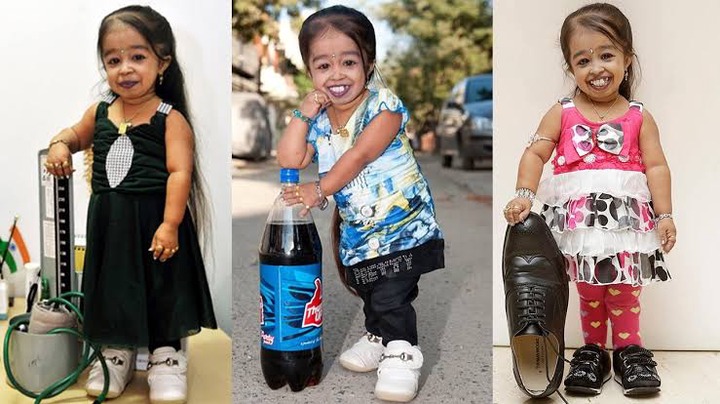 Amge was featured in the 2009 documentary entitled Body shock: Two foot Tall teen. She was also a guest participant on Bigg Boss 6, an Indian television show. On 13 August 2014, she was cast in the fourth season of American horror story: Freak show; as Ma Petite 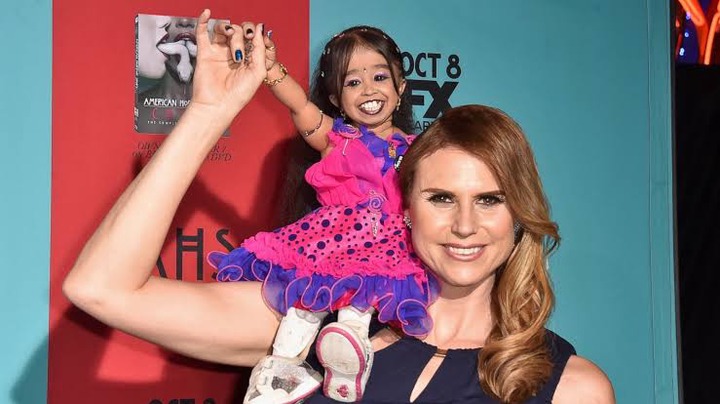 In 2012, she met the world's shortest man, Chandra Bahadur Dangi of Nepal, The pair posed together for the 57th edition of the Guiness World Records. 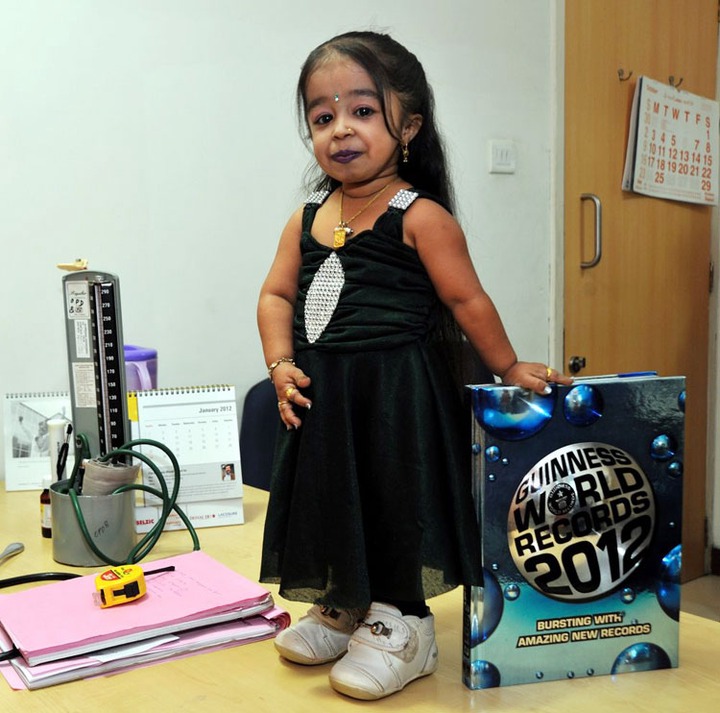 Kindly Tap the 'FOLLOW' button to get more interesting articles