"Don't Be Unintelligent Around Me" - Erica Blasts Critics

By Dbeloved (self meida writer) | 1 months

Knowledge is power and it is like a light that sends darkness away. Can two people walk together except they agreed with each other?. Erica is no longer comfortable with some ignorant people around her who criticize her actions instead of getting to know more about what she stands for. So she wants them to stay off her lane henceforth.

After she has been criticized for not dressing, acting, or behaving like some popular influencers on social media networks. The BBNaija season five reality star Erica Ngozi Nlewedim can no longer tolerate people who do not understand the difference between a professional actor and a social media influencer. So she has taken to her Twitter page to lambast those who do not seek knowledge but criticized her actions.

Erica is an actress by profession even before she auditioned for the BBNaija reality show in the year 2020. Based on her profile, after she graduated from Covenant University she proceeded to pursue a degree in acting from the MET Films School in London. That makes her a trained and professional actress not an actress by mistake.

Comparing her with some "I wanna be" actress is an insult to her personality. She is trained to interpret roles and not just to smile at the camera to promote sales. Acting is her passion which she intends to dedicate her time and strength.

The queen of the Elites is not in a good mood as she sends a warning message to her critics on her Twitter handle. She wrote: "Intelligent people know there is a difference between professional actors, commercial models or professional Youtubers or influencers. Don't be unintelligent around me". She continued to " If you don't like what you see FOH". 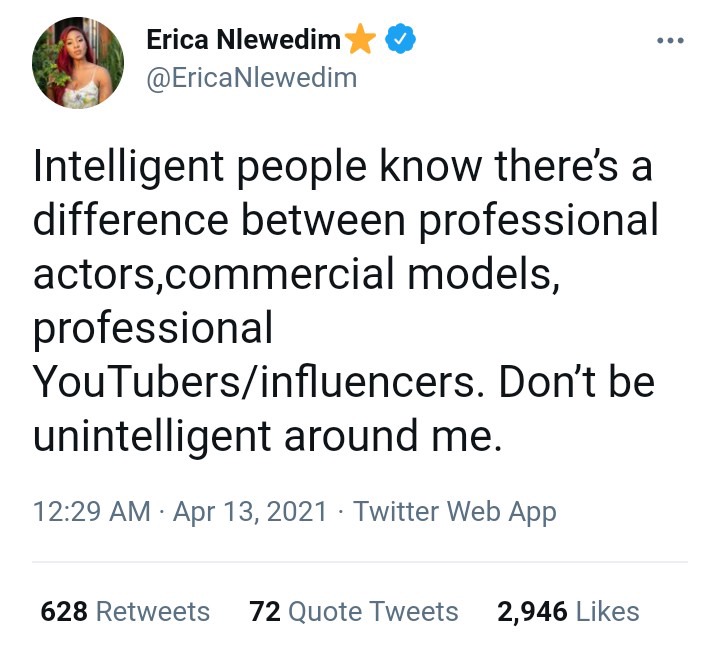 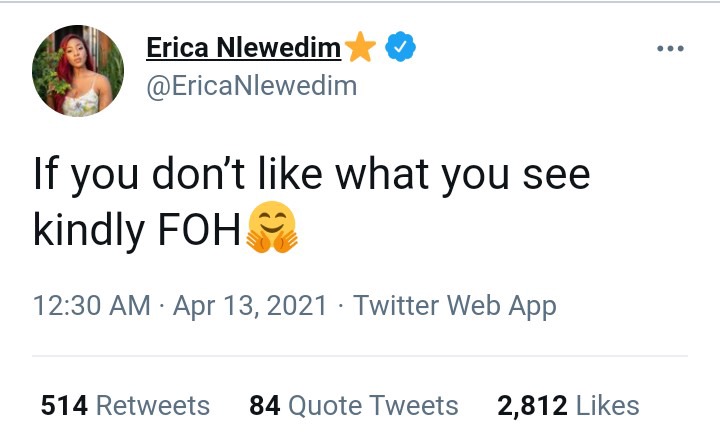 Communication is not complete without feedback. Mixed reactions trailed her tweets. Read what her fans respond to her tweets.

Wilson tweeted "Kindly wait till you get there. Even Chadwick Buzman of the blessed memory never reminded us about being professional and so on. You must first make your bones in the movie industry... Have a catalog of featured blockbusters". 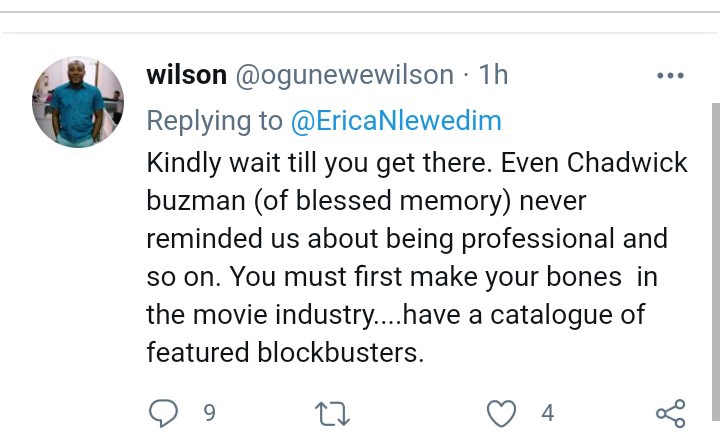 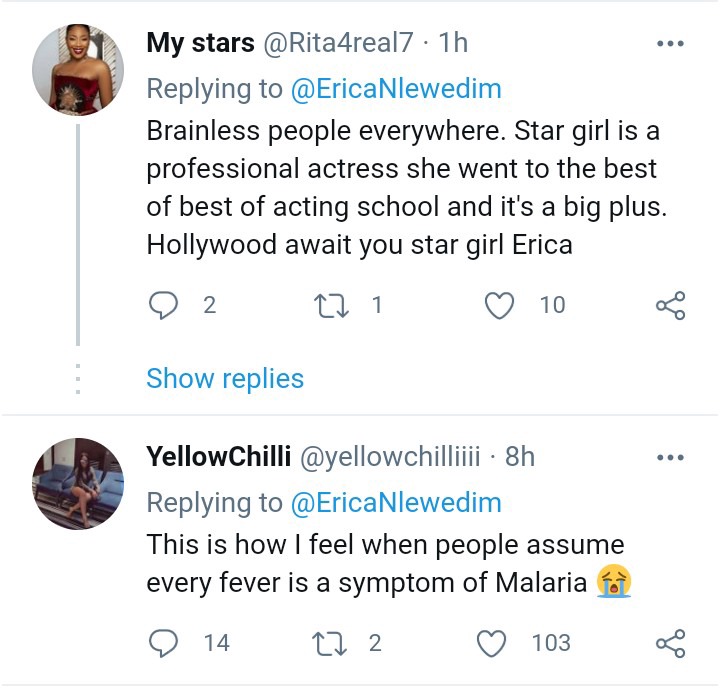 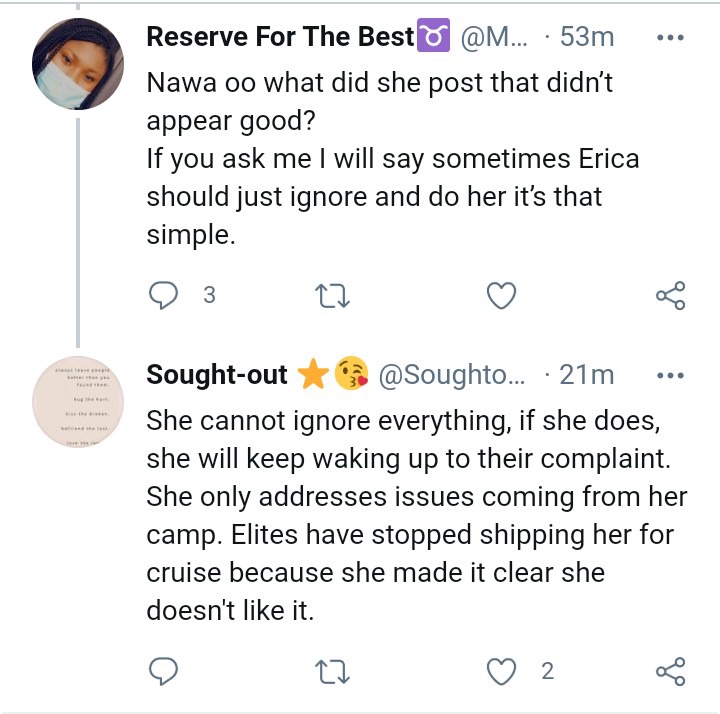 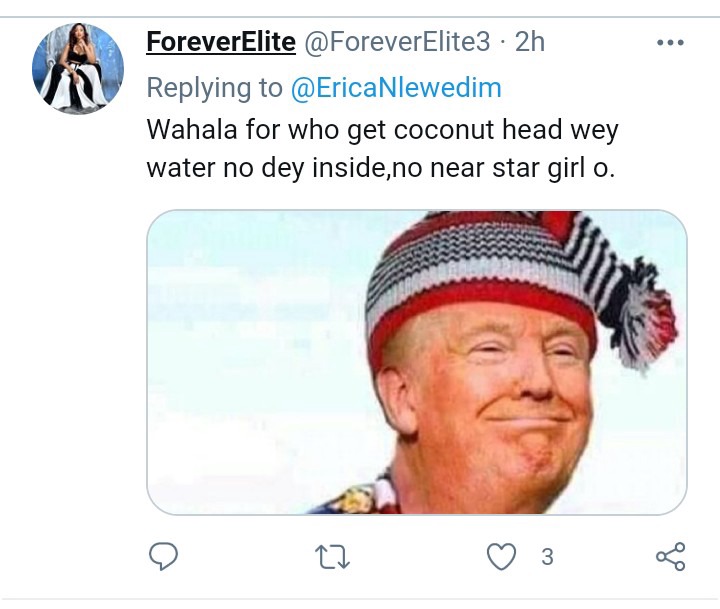 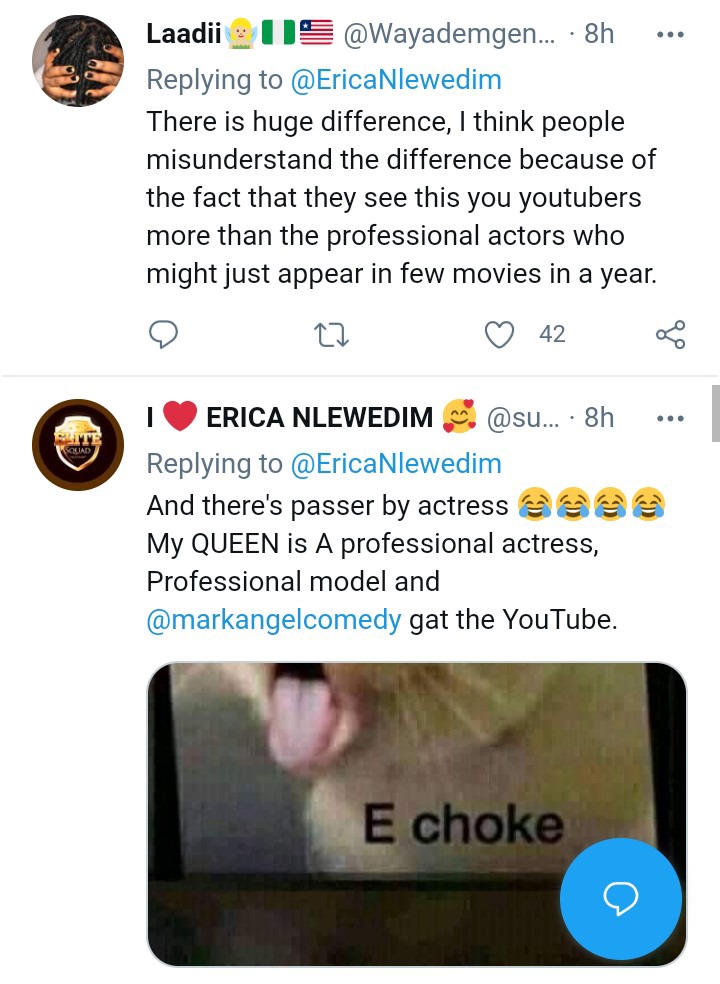 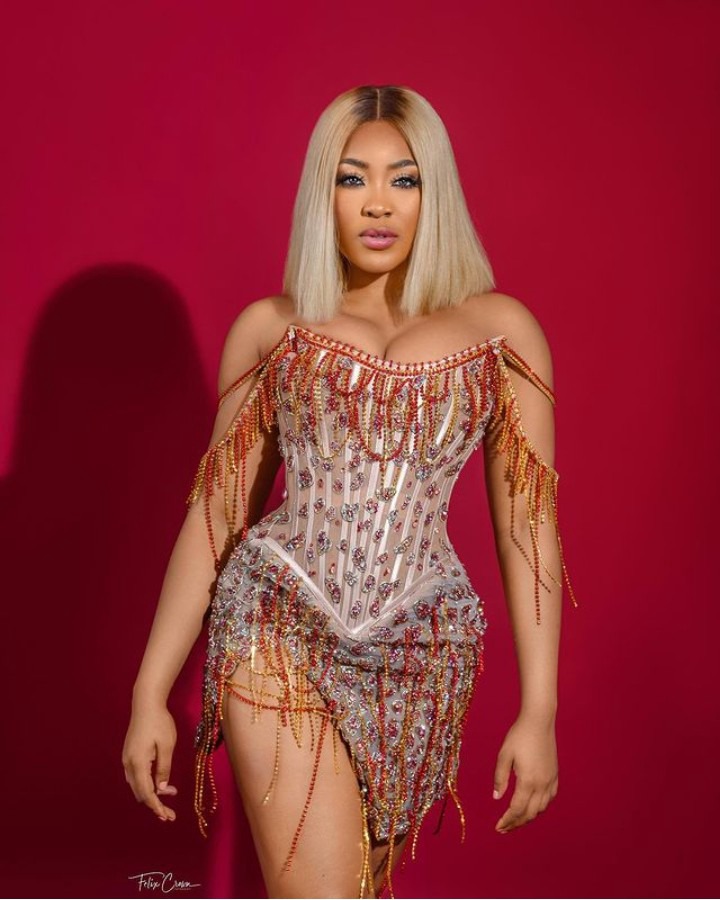 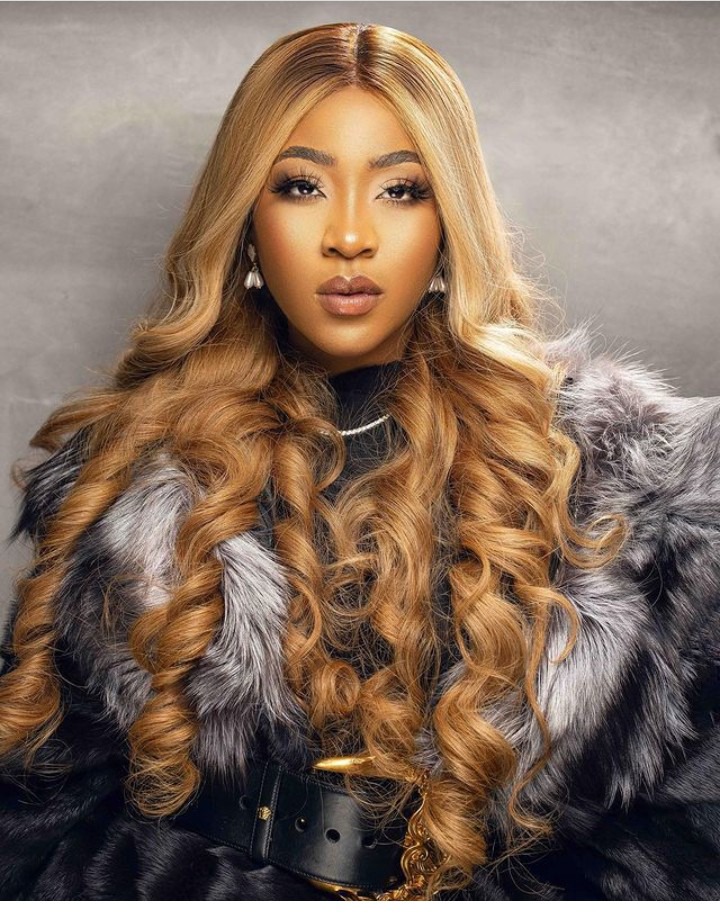