By Benblue (self media writer) | 4 months ago

The case of the R&b singer is the case of the mighty has fallen, just as his musical career ends in shame. The sexual allegations made against him began in the 90's and ranges till this time. 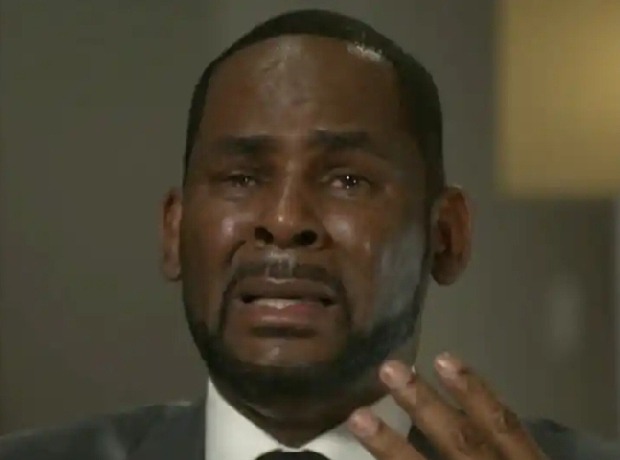 Over the course of more than five weeks, nearly a dozen R. Kelly victims testified in a New York courtroom, detailing the heinous abuse and mistreatment they endured at the hands of the famous singer.

Many of the 11 women and men, some of whom cannot be identified publicly, have admitted to having sex with R. Kelly when they were underage. They characterized him as dominating, furious, and violent, and he insisted on being addressed as "daddy." 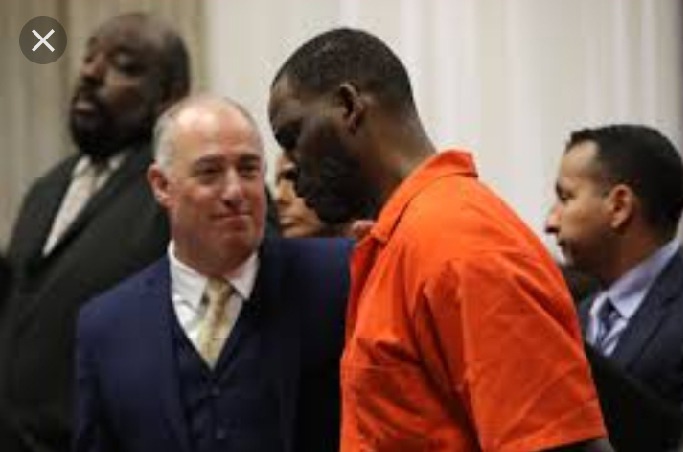 Other women claim they were compelled to create blackmail letters, including phony admissions that may be used against them later.

After decades of avoiding criminal responsibility for numerous allegations of misconduct with young women and children, R. Kelly, the R&B superstar known for his anthem "I Believe I Can Fly," was convicted Monday in a sex trafficking trial. Despite the fact that he pleaded not guilty to all charges. On the second day of deliberations, a jury of seven men and five women found Kelly guilty of racketeering.

The charges were based on the claim that the singer's entourage of managers and aides were running a criminal organization by assisting him in meeting girls and keeping them compliant and silent. During the trial, several accusers testified in graphic detail about how Kelly subjected them to bizarre and sadistic whims when they were minors.

Kelly's sexual misconduct trial, in which he faces charges of racketeering and sex trafficking, reopened Monday in federal court in Brooklyn, New York, after the case was turned over to jurors following weeks of testimony.

Kelly was convicted guilty of racketeering and sex trafficking offenses on September 27. On May 4, he will be sentenced.

What the victims said

One witness, designated in Kelly's indictment as Jane Doe No 5, claimed that he mistreated her frequently over the course of a five-year relationship that began in 2015 when she was a 17-year-old aspiring singer.

The witness, now 23, also testified that she caught herpes from the artist after having intercourse with him when she was 17 years old. She claimed he had failed to inform her that he had a sexually transmitted disease, as required by law.

"This man purposely gave me something he knew he had," she said. "He could have controlled the situation." Kelly's physician later testified that the singer had been prescribed herpes medication since 2007.

When she confronted him, he became "agitated and told me I could have gotten that from anyone. I told him I had only been intimate with him". When it became impossible for her to have sex due to pain, he complained that her body was "broken".

Another woman, Faith, later testified that Kelly had infected her with herpes, and a third woman, Kate, said that Kelly offered her a $200,000 payment after she contracted the virus from him. 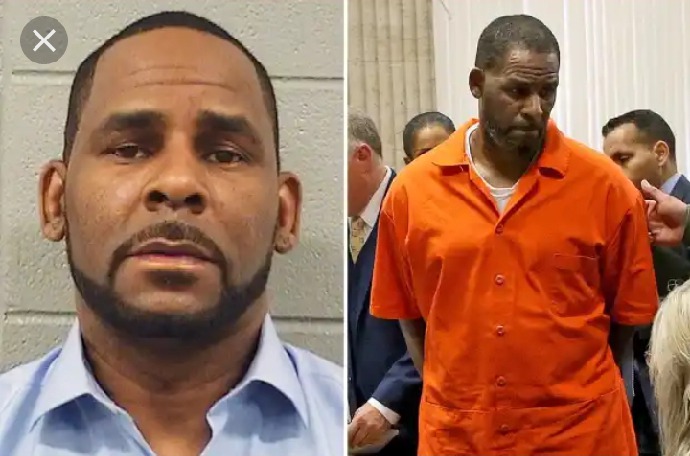 Kelly, according to Jane, tried to micromanage every part of her daily life and would "chastise" her for any perceived disobedience. He would sometimes spank her hard enough to leave bruises and cause her "skin to tear."

"I would get chastised nearly every two or three days," the woman said in court.

Kelly hit Jane with a size 12 Air Force 1 shoe after discovering she had texted a friend about him, according to Jane. "He hit me all over," she said. "I was running from him and fighting back."

Jane also alleged that after he impregnated her, Kelly coerced her into having an unplanned abortion. Finally, one of his assistants transported her to the clinic.

Kelly allegedly forced Jane to shoot humiliating videos of herself as punishment, including one in which she had to spread feces on her face, according to Jane.

She went on to say that he threatened to make her do it again because she "wasn't into it enough."

Another woman, Anna, claimed Kelly forced her to record recordings of herself "being sexual and seductive with bodily fluids."

Jerhonda Johnson Pace, the first witness, told the jury that R. Kelly knew she was underage in 2009 when they had intercourse in Chicago, where the consent age is 17. 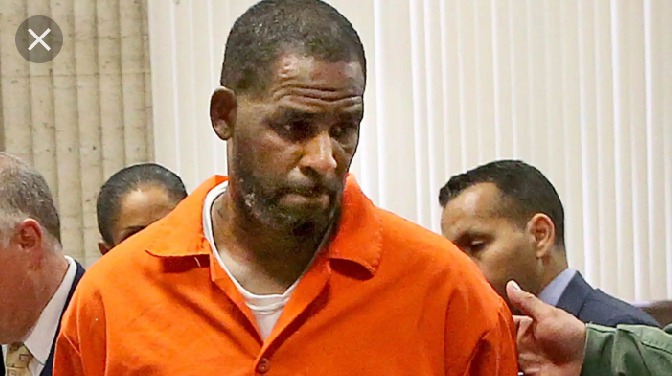 On the first day of the trial, she, now 28, testified that she initially told Kelly she was 19, but revealed her true age on the day they had intercourse for the first time.

"He asked me to pull my hair up in pigtails and dress like a Girl Scout," she told the court later, adding that he recorded their sexual encounters on film.

Ms Pace also stated that she had to get permission to use the restroom. "If I was on his good side," she added, he would provide permission in minutes, but if she was "on his bad side," she would have to wait up to three days.

She further said that she was expected to acknowledge the singer anytime he entered a room and that she was smacked and spat on if she did not do so quickly enough.

During cross-examination, defense attorneys forced her to disclose that she made around $25,000 from a self-published book about her experiences with Kelly. She stated that she had not been compensated for any media appearances'

Two men testified about the mistreatment they experienced while working in the singer's entourage.

One witness, who went by the alias Louis, testified that he first met Kelly in 2006, while working the night shift at a McDonald's in Chicago.

Kelly gave him his phone number and asked him to his house, claiming he could play in his recording studio, he told the court. Kelly asked him what he was "willing to do for music" at one point.

The singer allegedly "crawled down on his knees and proceeded to give me oral sex" while he was underage on one occasion after asking Louis if he had ever "had any fantasies" involving males.

Later on, "he told me to keep between him and me", adding, "we family now, we brothers".

Another man, who went by the name Alex, said he initially met Kelly in high school and began dating him when he was 20 years old.

Kelly allegedly kissed him violently once and told him to "just be open-minded," according to him.

He characterized the ladies he slept with as "zombieish," and claimed that he was prevented from speaking to them outside of intercourse or knowing their names.

Despite the fact that they were not related, Kelly called him "nephew," he said.

One lady, who gave her name as Addie, said that the artist assaulted her backstage after a show in Miami.

After the show, two men "who looked like bouncers" approached Addie and her buddy and invited them backstage, she added.

Kelly emptied the room and viciously raped her once she arrived, she claimed.

"At this point, I was in complete shock," she told the court. "I just went blank."

Her companion wanted to call the cops after that, but Addie was afraid that if she did, she would be blacklisted in the entertainment industry.

"I didn't even know if they would believe me," she said. "I didn't want to be victim-shamed."

Kelly's marriage to minor singer Aaliyah had just been two days when she was attacked.

Other witnesses mentioned Kelly's relationship with Aaliyah when discussing Aaliyah. One of the last witnesses testified that he sexually molested Aaliyah when she was 13 or 14 years old, in the early 1990s. 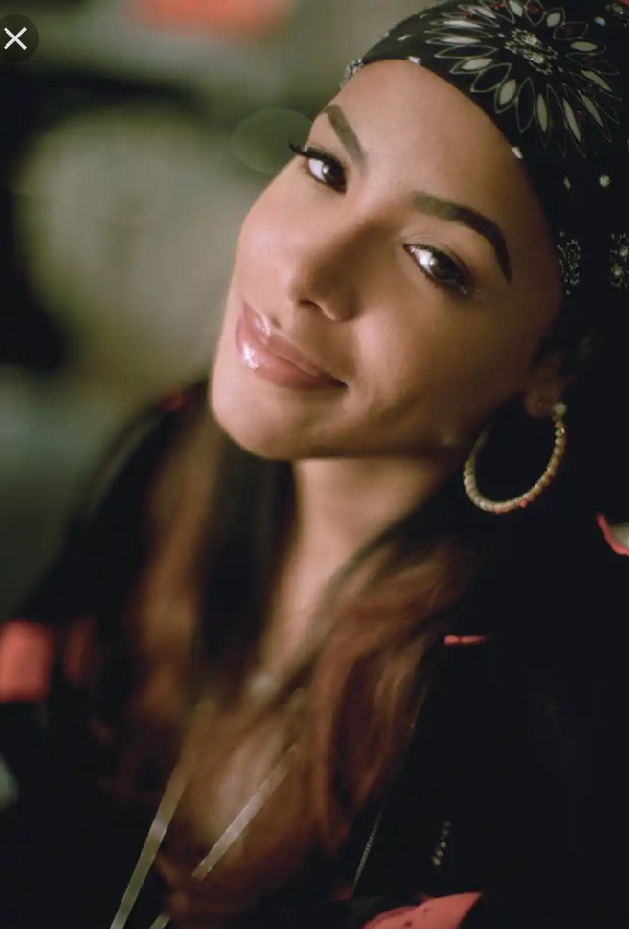 Jurors were also told about a phony marriage created to protect Kelly after he feared he had impregnated Aaliyah. According to witnesses, they married in matching jogging suits on a document that incorrectly stated her age as 18; he was 27 at the time.

Aaliyah , whose full name was Aaliyah Dana Haughton, worked with Kelly on her debut album, "Age Ain't Nothing But A Number," which was released in 1994. She died in a plane crash in 2001 when she was 22 years old.

R. Kelly's former tour manager testified that in 1994, he bribed a government employee to get a phony ID for then-15-year-old Aaliyah so the singers could marry.

Mr. Smith was testifying after receiving immunity from prosecution.

Mr Kelly is charged with sexual assault, racketeering, and bribery. He has vehemently disputed the allegations.

Mr Smith said Mr Kelly's "associates" took the decision to obtain the paperwork after Aaliyah revealed she was pregnant at the singer's trial on Friday in Brooklyn, New York.

When he questioned the proposal, he argued that the adolescent, whose full name was Aaliyah Dana Haughton, was "too young", he was asked "whose side I was on".

He told the court that he "went to the welfare office, and I walked in, and I said: 'Hey, want to make some money?'"

The bribe was allegedly paid on August 30, 1994, just one day before the marriage license was issued, according to court documents.

Aaliyah's age was indicated as 18 on the certificate, which was leaked at the time. A few months later, the marriage was declared null and void.

Aaliyah died in an aircraft crash in 2001 when she was 22 years old. R. Kelly produced and wrote her debut album, 'Age Ain't Nothing But a Number.'