By Kikantnews (self media writer) | 1 year ago

Every once in a while a movie comes along that requires the actors to undergo a complete transformation in order to alter their appearance. When this situation arises along comes the makeup department to create an often memorable and sometimes unforgettable character. 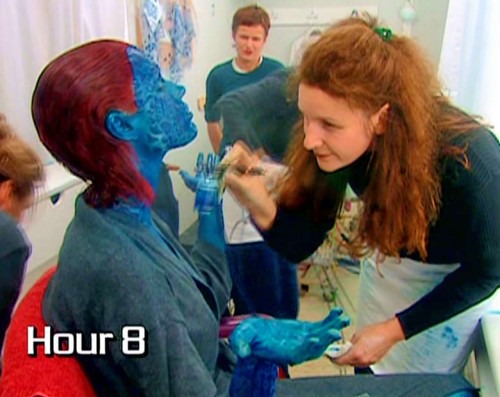 These movie stars must endure hours and hours of makeup applications which can include adding prosthetic body parts, changing one’s race, gender or species and also changing the actor’s age. 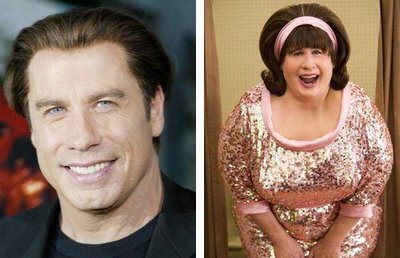 In the movie Hairspray, Travolta takes the role of “Edna”, a character he envisioned to be Sophia Loren…if she were to gain 200 lbs.

The role required Travolta to undergo five hours of extensive make up and prosthetics to complete his transformation. He even wore high heels in a number of scenes. 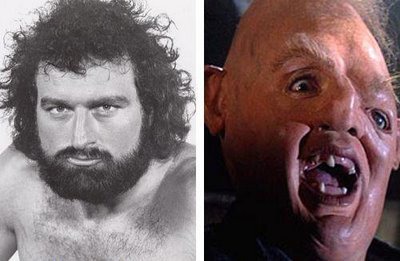 The make up was quite groundbreaking at the time and it took a total of five hours for the transformation. 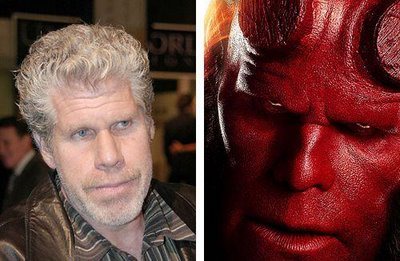 Ron Pearlman is well known for having donned makeup and prosthetics for the role as Vincent in the 1980s Beauty and the Beast TV series and was back in the makeup chair for Hellboy.

Most of his red body suit was made of red latex, and the costume itself took 4 hours per application.

The normally small-chested Blair portrayed a stripper named Ursula Udders in the 2004 film A Dirty Shame. 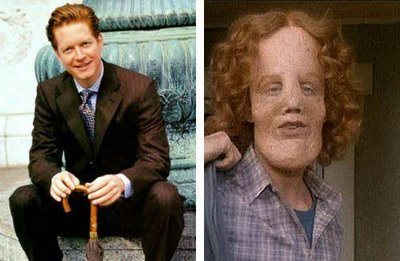 Stoltz appeared in the 1985 drama which was based on the real life of Roy L. “Rocky” Dennis.

The mask was created by using three separate pieces of foam latex applied to the face and then blended with makeup. Stoltz also wore dentures to simulate Rocky’s deformed teeth. 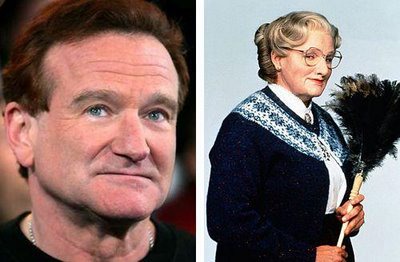 Robin Williams portrayed Mrs Doubtfire in this 1993 comedy and his transformation was brilliant and so believable.

Williams’ underwent eight separate stages of makeup and a whole lot of blush for this role. 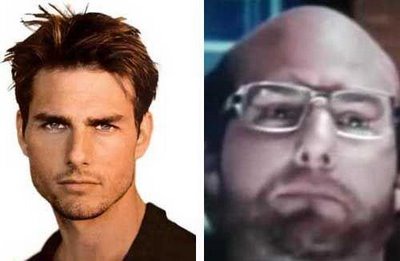 Tom Cruise’s performance in Tropic Thunder surprised moviegoers (including myself) with his greedy and ruthless Hollywood producer character – Les Grossman.

Murphy enlisted the work of Rick Baker to help create a multitude of other characters for the movie Norbit. The most outrageous of these, was “Rasputia Latimore”, an outrageously sex-crazed and obese woman. 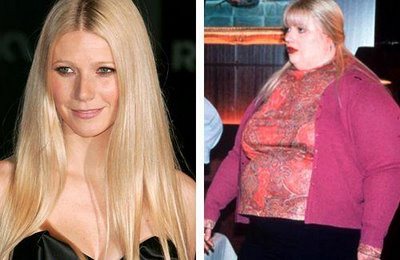 Gwenyth Paltrow plays the love interest of Hal (Jack Black) in this 2001 comedy in which she plays a very fat and heavy woman.

The application of her body suit and accompanying make-up took four hours each time but we did also get to see her in her true beautiful form a few times as well. 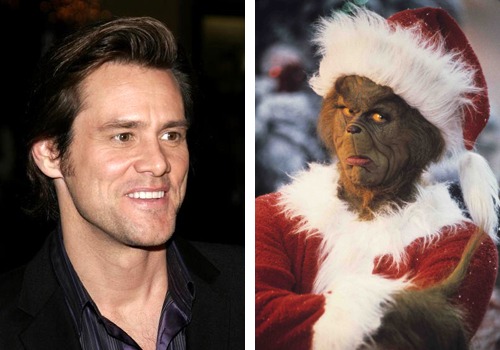 After filming The Mask, Carrey swore off future films involving intense make-up, but claims he was unable to pass on this role. Reportedly, the makeup and costume donned by Carrey for this film took between 3-8 hours to complete. This unique transformation seems as if it could not have been executed successfully, had it been anyone but Carrey.

If you can think of any other movies that featured great makeup transformations let us know in the comments section below.