By MrLinkis (self media writer) | 4 months ago

Montero Lamar Hill (born April 9, 1999), known by his stage name Lil Nas X, is an American rapper and singer-songwriter. He rose to prominence with the release of his country rap single "Old Town Road", which first achieved viral popularity in early 2019 before climbing music charts internationally and becoming diamond certified by November of that same year. 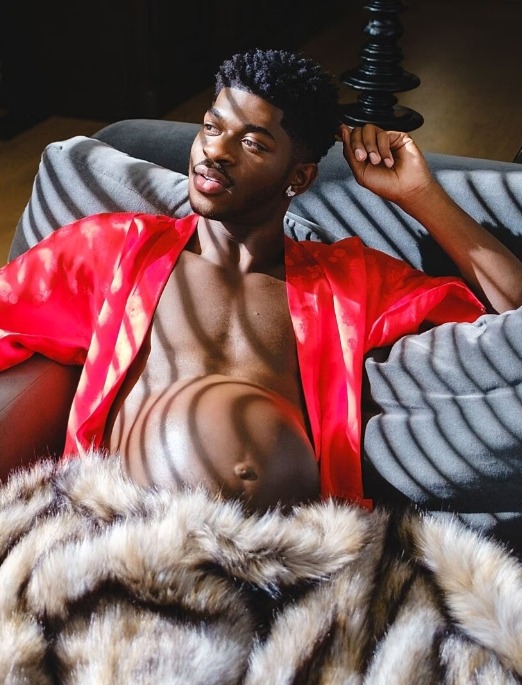 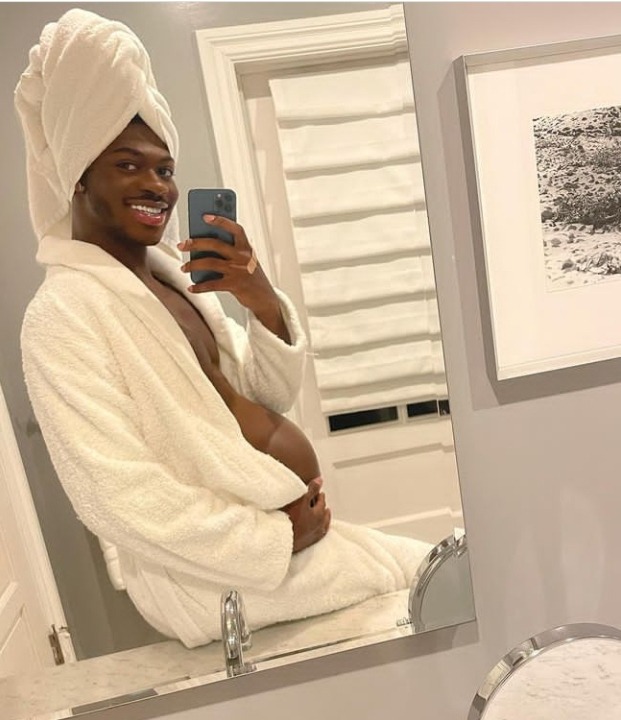 In early June 2019, Lil Nas X came out to his sister and father, and he felt "the universe was signaling him to do so" despite his uncertainty whether his fans would stick by him or not. On June 30, 2019, the last day of Pride Month, Lil Nas X came out publicly as gay, tweeting: "some of y'all already know, some of y'all don't care, some of y'all not gone fwm no more. but before this month ends I want y'all to listen closely to c7osure." 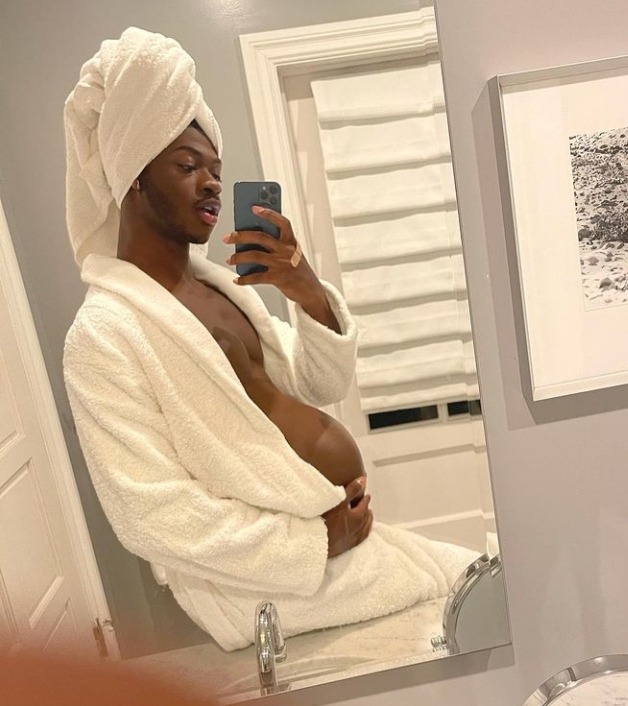 The tweet confirmed earlier suspicions when he first indicated this in his track "c7osure". Rolling Stone noted the song "touches on themes such as coming clean, growing up and embracing one's self". 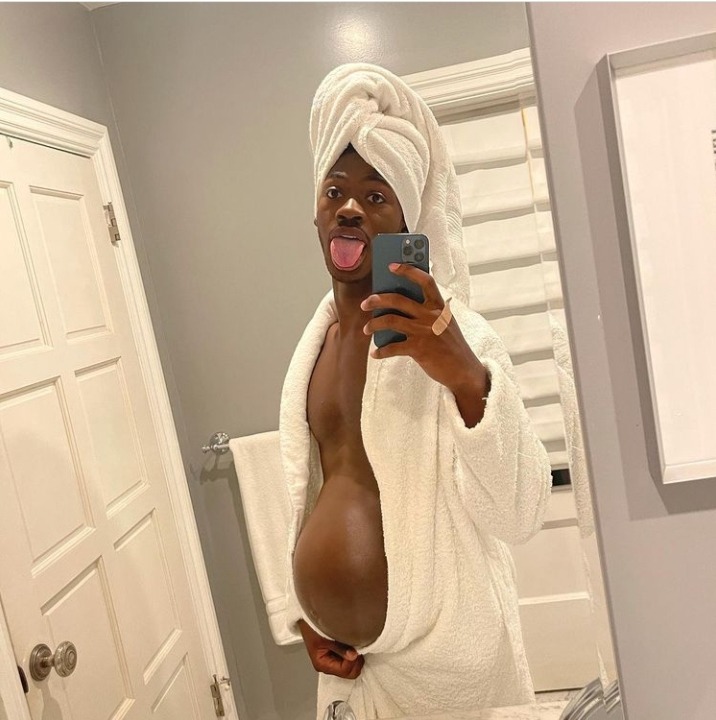 Recently Lil Nas X posted photos of him been pregnant on social media, saying "This is my baby," referring to his forthcoming debut album Montero, which is set for release on September 17th 2021. In celebration of the imminent delivery of his "baby" on Sept. 17, the musician, did an over-the-top pregnancy photo shoot. 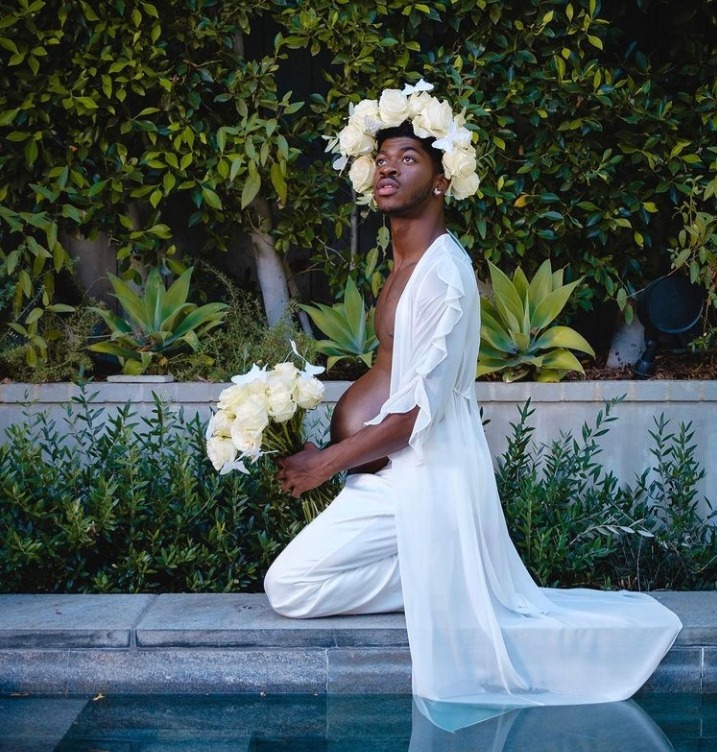 Lil Nas X tells PEOPLE exclusively that he came up with the idea to do the shoot after listening to Megan Thee Stallion's verse on his new song "Dolla Sign Slime" for the first time. 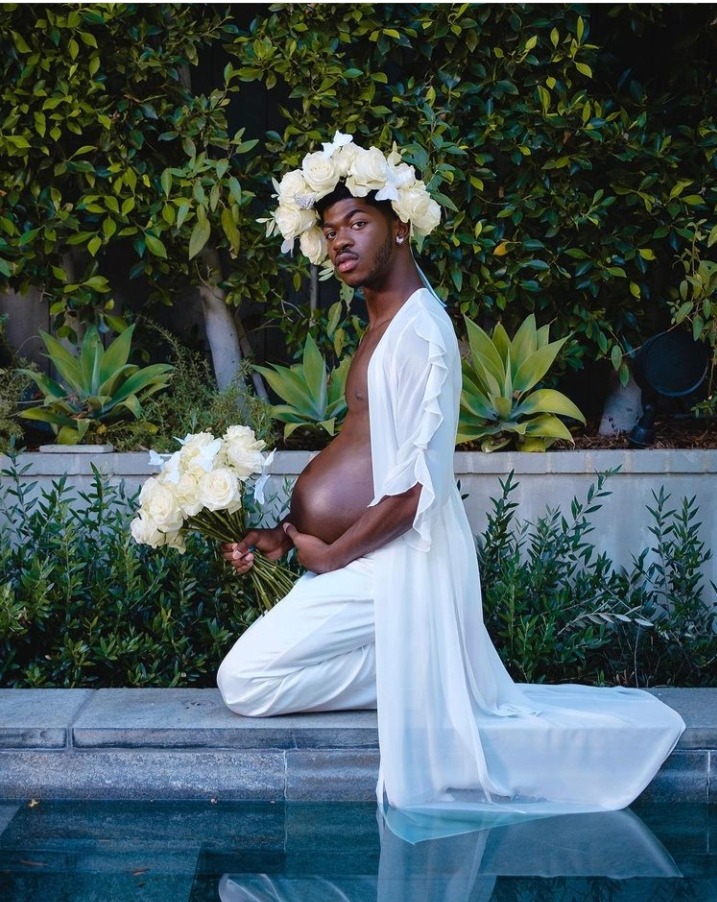 "I was like, 'You know what? That's actually brilliant,'" he continues. "So now we have this entire thing coming out, and it's going to be amazing."

After Lil Nas X and his stylist decided to go on this idea, it has gone viral on the internet with so many reactions on social media.