Today's Headlines: I Can't Lead Afenifere At Age Of 95 - Fasoranti, I Feel Like Crying Each Time I See My Son - Tonto Dikeh

By MiracleInks (self meida writer) | 1 months 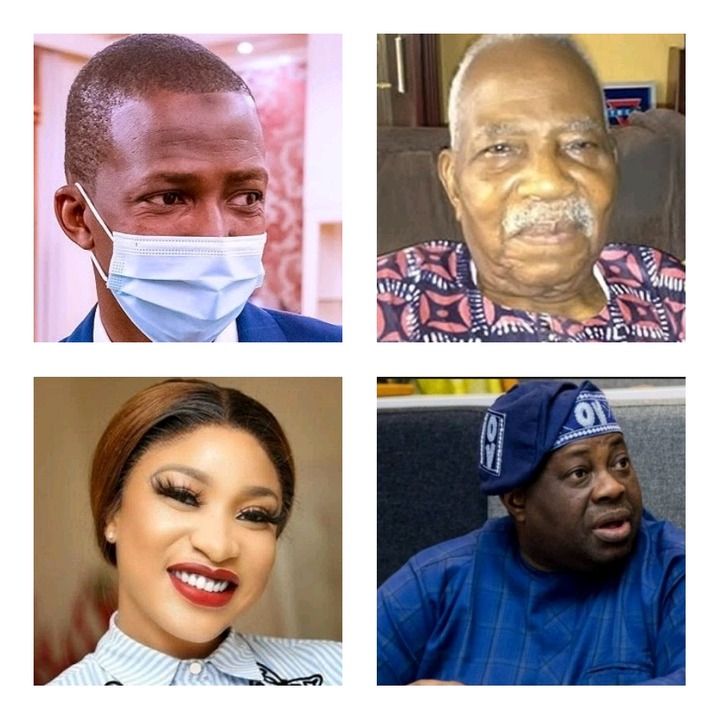 The chairman of the Economic and Financial Crimes Commission identified as Abdulrasheed Bawa has made it known on Tuesday, March 16, that all bankers must submit their asset from June. He said the decision was in line with the provisions of the bank, Employees Declaration of Asset Act. 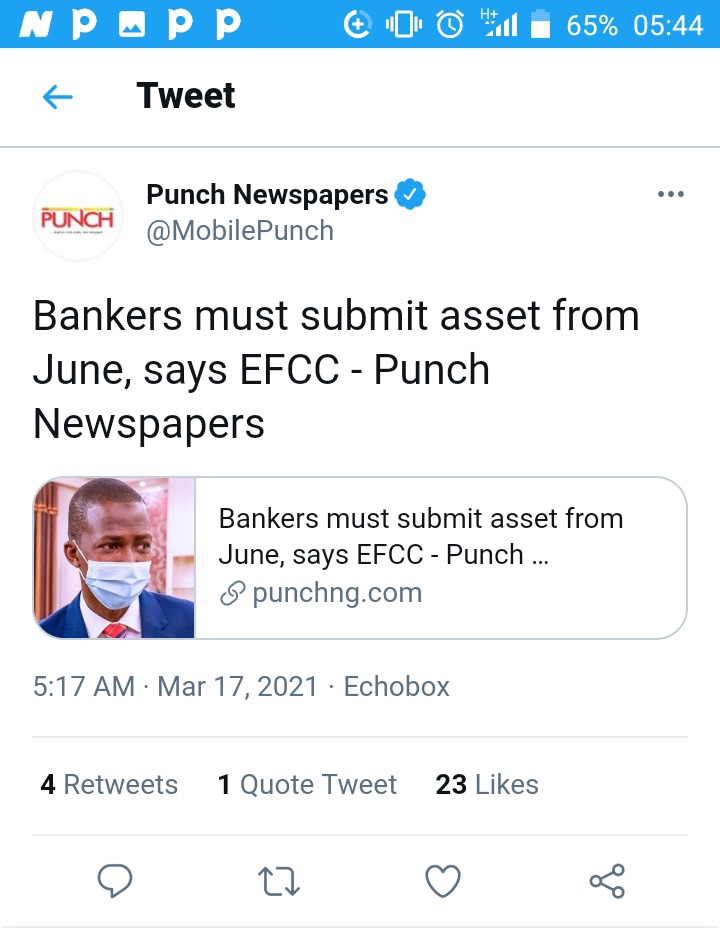 Bawa disclosed this in an interview with State House correspondents after a meeting he had with the President Muhammadu Buhari.

The EFCC boss, Bawa, said he is working hard towards creating a new commission that would be different in the way it handles cases.

2) I Feel Like Crying Each Time I See My Son.

A popular Nollywood actress identified as Tonto Dikeh has expressed her views on abuse marriage saying she won't encourage anyone to stay in an abuse marriage.

Tonto Dikeh said she would rather have her child grow up to be a good man than have a father. 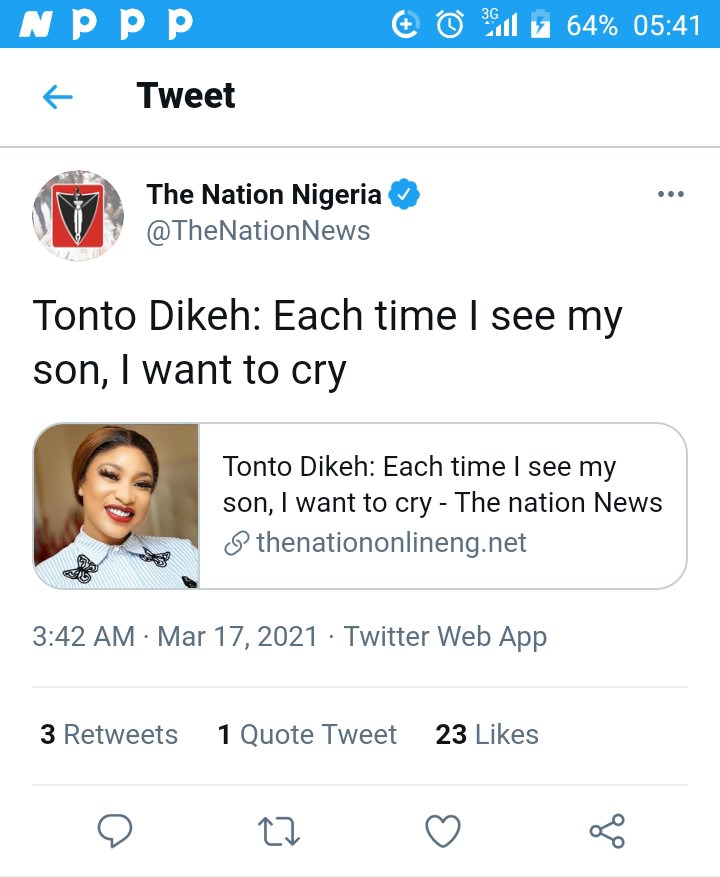 She made this statement in an Instagram interview with Ubi Franklin. She said; "for me, nothing from the fact that I do own a foundation, and I do get to take care of a lot of domestic violence cases also children of domestic violence, and also being a victim myself, I wouldn't dictate for anybody to say this is the right way or wrong way to do it.

"Every time I look at my son, every time I even want to cry because everything I do he does. The way I get irritated, that is the way he gets irritated. I'm like this guy is a mirror to me, so he is mirroring me. So if I had stayed in an abusive relationship, he will say it's okay mummy stay. So if I'm beating my girlfriend, she should stay because mummy stayed so why are you leaving?. This is my ideology, another woman will say I want to stay so my child can have a father. No I would rather have my child grow up to be a good man that have a father".

3) Dele Momodu Reacts As EFFC Told All Bankers To Declare Their Assets.

Media mogul, Dele Momodu, dismissed the Economic and Financial Crimes Commission, EFCC, appeal for all bankers and other Nigerian financial system operators to report their assets but June 1, 2021.

EFCC chairman, Abdulrasheed Bawa gave the order on Tuesday after a meeting with President Muhammadu Buhari. 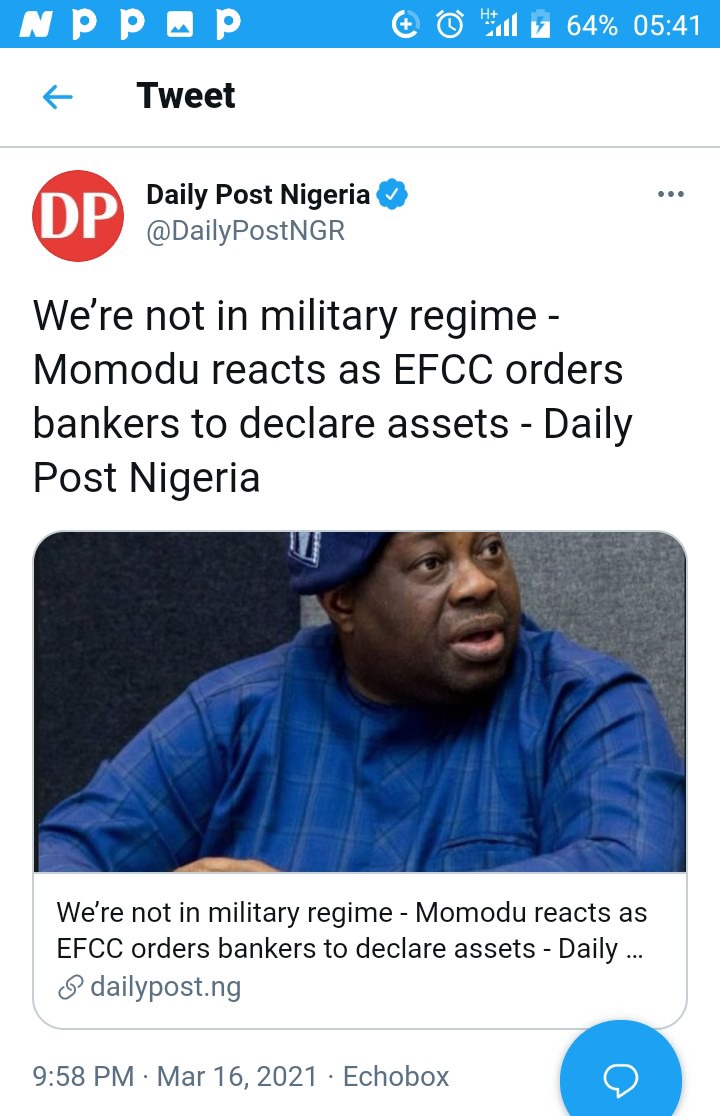 The EFFC boss revealed that the move had become necessary to block loopholes exploited by unscrupulous industry players to determine the Nigerian economy through money laundering and illicit financial flows.

According to Bawa, section 1 of bank employees, ETC. (Declaration of assets). The 1986 law requires every employees of any bank to fully disclose their assets upon hiring and annually in subsequent years.

The penalty of breaking law, as set out in Article 7(2), includes a ten-year prison sentence for bankers.

While reacting to the decision by EFCC, Dele Momodu urged the anti-corruption agency to start reporting the assets of government agencies and politicians, not banks.

According to Dele Momodu, Nigeria is not a military regime and the banks belongs to the private sector.

Leader of the Yoruba socio-cultural group, Afenifere, Chief Reuben Fasoranti, has stepped down.

The 95 year old eminent Yoruba leader cited old age among his reasons for stepping aside as leader of the group he led since 2008. 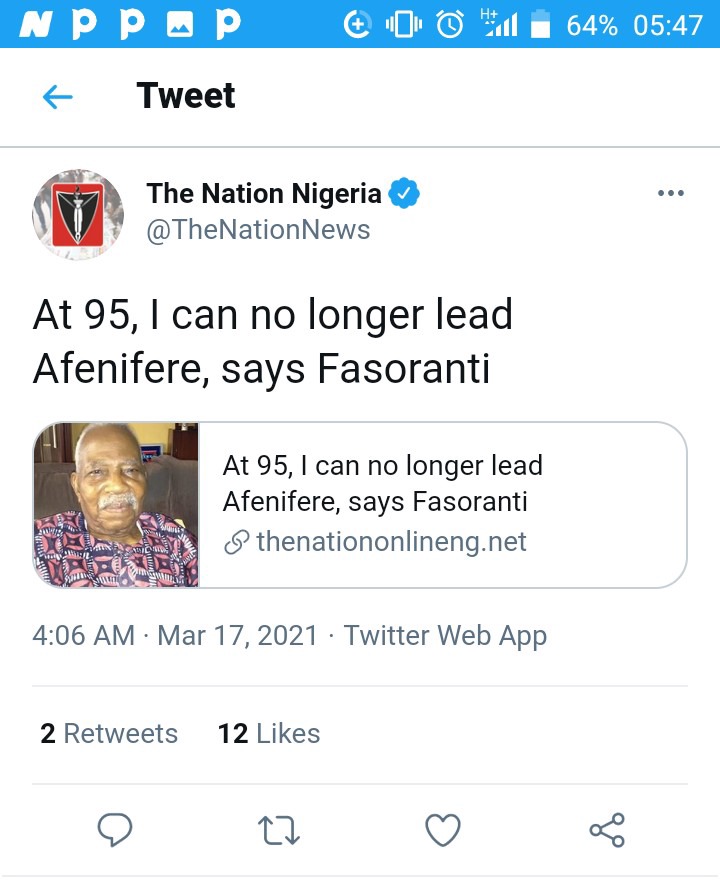 Chief Reuben Fasoranti said the reason why he stepped down is because Afenifere now needs more than ever before to have an improved organization with a more effective approach to issues. And only a more agile and active leadership can achieve this. At 95, I am hardly able to provide such, and so, it is time for me to step down.

Content created and supplied by: MiracleInks (via Opera News )

Wherever you are this Sunday Morning, Declare these powerful prayer points

Pantami rejects being affiliated to terror groups, Check out what he said