By FocusUpdate (self media writer) | 1 year ago

The popular Nigerian female Disk Jockey, DJ Cuppy has finally released a new song from her upcoming debut album. The song is titled 'Jollof on the Jet". As we all know, the DJ has been emphasising on this her song for a long time now. She even started a challenge for the song before it got released.

Cuppy announced the release of her new song via a video she posted on her official Instagram page. The video which was posted few minutes ago gained the attention of many Instagram users who reacted via their likes and comments. Below are some screenshots from the video. 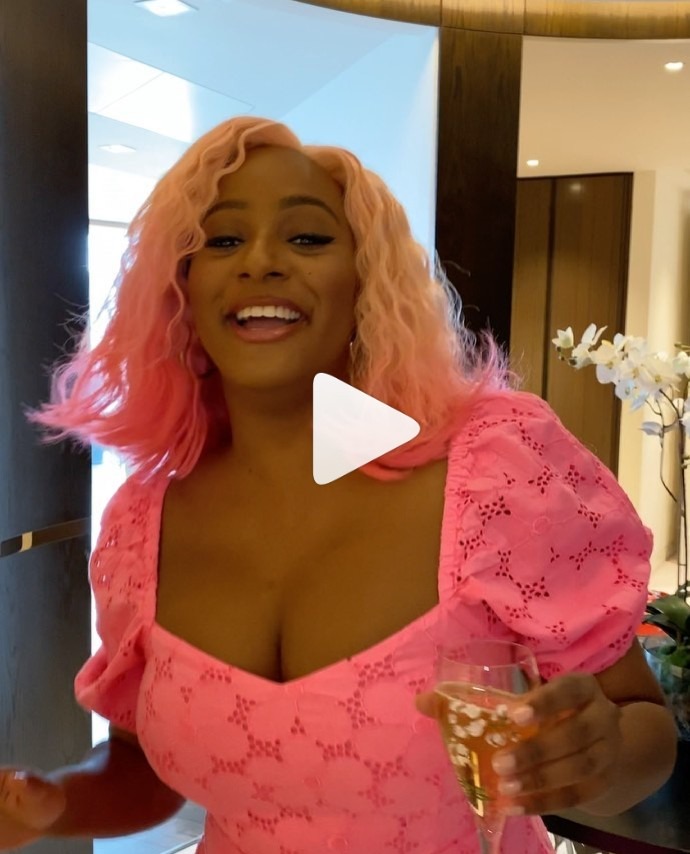 Watching the video, the DJ is seen flaunting her beauty as she's dressed in a pink gown. On the video the DJ told her fans that her debut single, "Jollof on the Jet" is finally out and they should start streaming it.

She captioned the post, "Finally! #JollofOnTheJet is out now! Thanks to my label @wearePlatoon. Need you to stream it all day. #ToCuppyThisTune".

As earlier said, Cuppy's post got a lot of reactions from many Instagram users especially her fans. The video got thousands of views in just few minutes it was posted. There were also lots of likes and comments on it.

Following the title of the song, a male Instagram user with his username as "mhista_focus" told Cuppy to name her next dong "Fried Beans on the Train". "Pls another one should be fried beans on the train". So you guys can start streaming Cuppy's new song. The song was over hyped. Hope it worth it, because the DJ really emphasized too much on the song before it was released.

Anyways, what do guys think should be the title of Cuppy's next song?

As for me, I suggest "Pounded Egged in the Pool".

What do you suggest?

Content created and supplied by: FocusUpdate (via Opera News )

7 Players Arsenal Should Have Never Sold