By Shadowmancer (self media writer) | 20 days ago

Following the footstep of Dwayne “The Rock” Johnson, John Cena, unarguably the greatest and most popular professional wrestler of his generation, has successfully transitioned from sports entertainment to the world of cinema. Cena has been involved in a wide variety of movies throughout his career so far spanning different genres from animation to comedy or action. Check out top 10 of them. 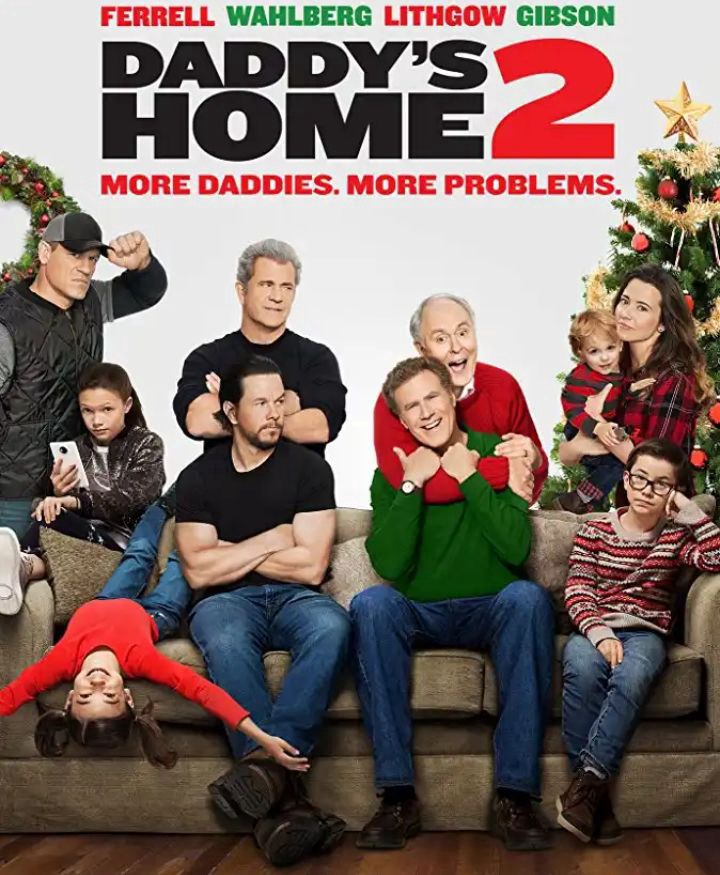 Daddy's Home 2 is a brilliant comedy that features a whole host of fantastic actors. This was one of John Cena's first major comedy movies and it allowed him to showcase what he was able to bring to the world of Hollywood.

Father and stepfather Dusty and Brad join forces to make Christmastime perfect for the children. Their newfound partnership soon gets put to the test when Dusty's old-school, macho dad and Brad's gentle father arrive to turn the holiday upside down. After a sudden change in plans, the four men decide to take the kids to a luxury resort for a fun-filled getaway that turns into a hilariously chaotic adventure. This movie took place before John Cena broke out into the world of Hollywood, but it truly acted as a starting point for him. This is a WWE Studios movie, and the company often brought in plenty of WWE Superstars to allow them to act.

Hoping that his estranged brother (John Cena) will train him, a scrawny teenager (Devon Graye) joins his high-school wrestling team. 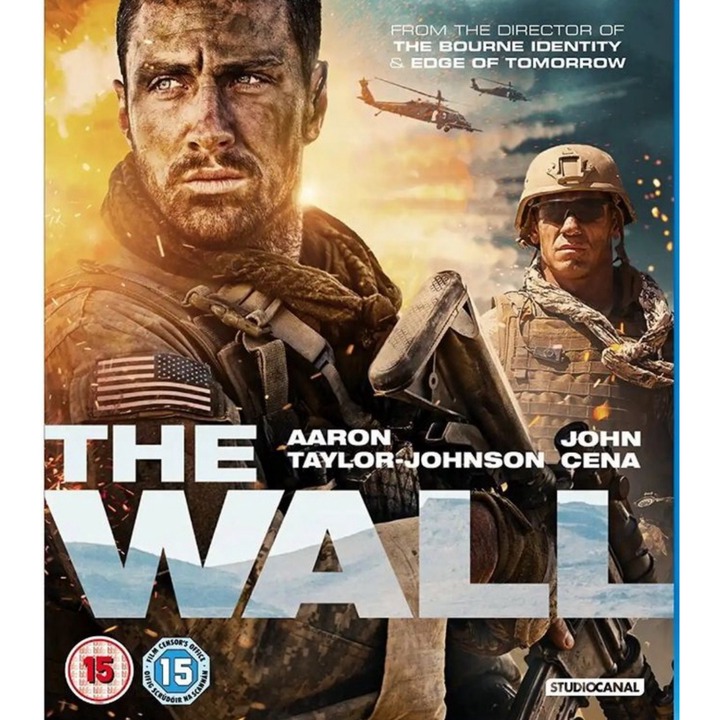 The story is all about two soldiers, one of which is played by Cena as they end up being trapped by a sniper.

U.S. soldiers Allan "Ize" Isaac and Shane Matthews answer a distress call in the desert of postwar Iraq. Suddenly, gunshots erupt, leaving Shane badly injured and Allan with a bullet in his leg. Forced to take cover behind a crumbling stone wall, Isaac now finds himself in a fight for survival against an unseen sniper who has all of the advantages. 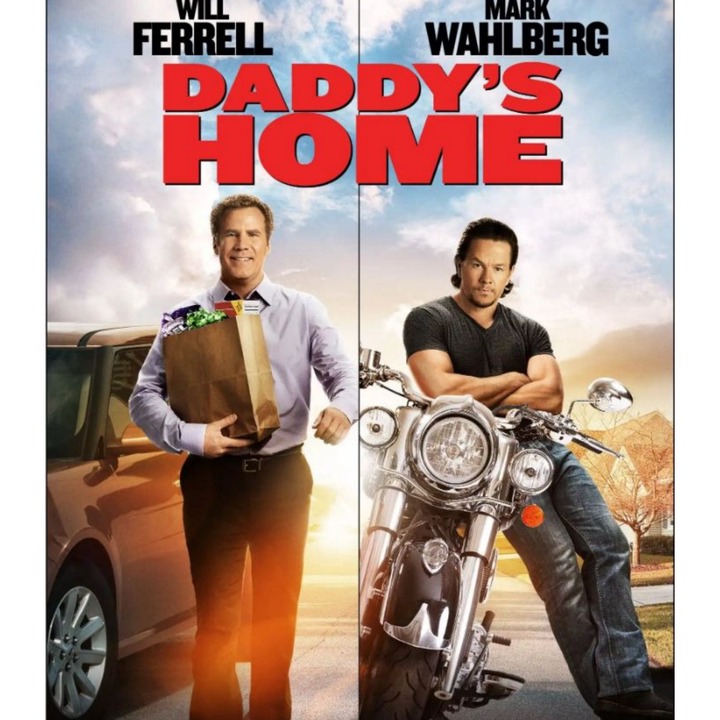 John Cena only makes a cameo appearance in this movie as it is mainly done to set up the sequel in which he is one of the lead roles. He is simply shown as a tease at the end of the story as the biological father ends up putting Dusty into a panic.

Brad Whitaker (Will Ferrell) is a kindhearted radio executive who wants to be the best possible stepfather to his wife's (Linda Cardellini) two children. When her freewheeling ex-husband, Dusty (Mark Wahlberg), breezes back into town, Brad's feeling of insecurity quickly develops into an inferiority complex. As Dusty demonstrates his flair for athletics, home repair and bad-boy charisma, Whitaker finds himself in a no-holds-barred battle to one-up his rival and win the approval of his family. 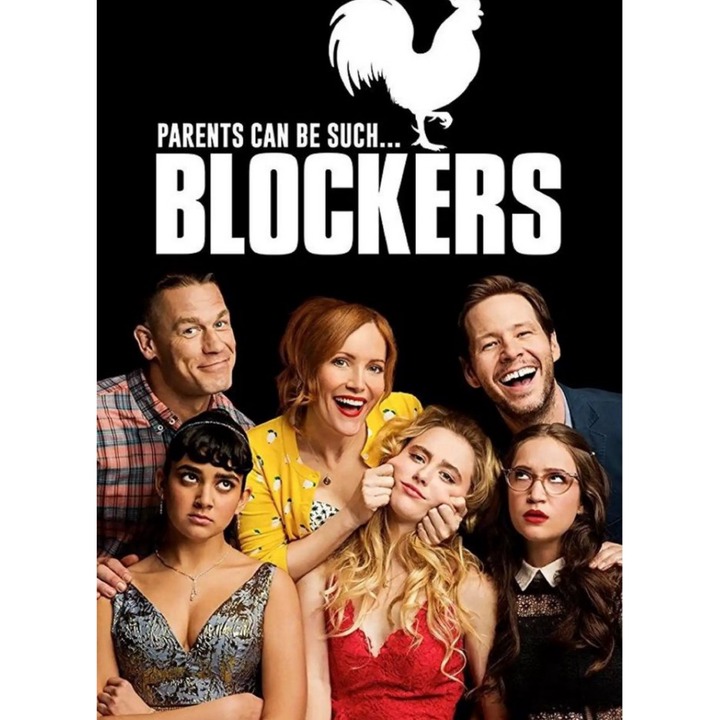 John Cena play a protective parent in this movie, and the journey that he and other parents go on to stop their daughters is filled with amazing comedy.

Julie, Kayla and Sam are three high school seniors who make a pact to lose their virginity on prom night. Lisa, Mitchell and Hunter are three overprotective parents who flip out when they find out about their daughters' plans. They soon join forces for a wild and chaotic quest to stop the girls from sealing the deal -- no matter what the cost. 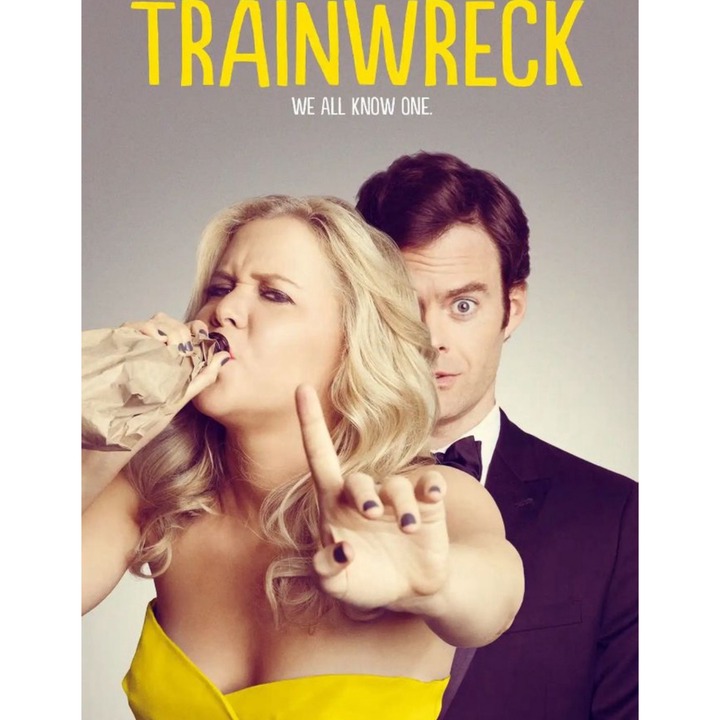 John Cena isn't one of the main characters in Trainwreck, but he is a hilarious part of the movie, as he gets to showcase his comedic ability.

Ever since her father drilled into her head that monogamy isn't realistic, magazine writer Amy (Amy Schumer) has made promiscuity her credo. As much as she enjoys an uninhibited life free of commitment, Amy is really in a rut. While writing a profile about charming and successful sports doctor Aaron Conners (Bill Hader), she finds herself actually falling in love for the first time -- and what's more, Aaron seems to like her too. Amy starts to wonder if it's time to clean up her act. 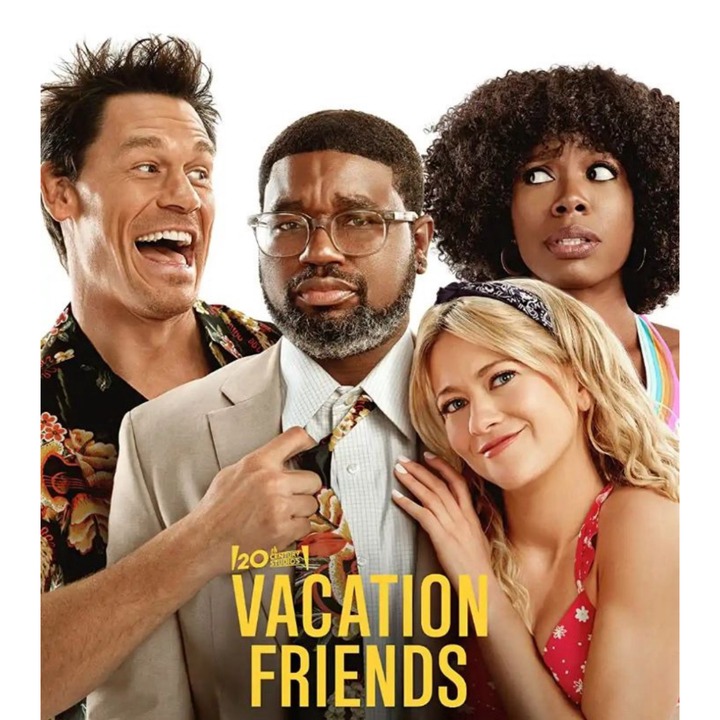 This was another great comedy movie that John Cena was involved in where he played the character of Ron. The movie sees him and his partner meet another couple on holiday, with the four becoming good friends

Marcus and Emily enjoy an unusual week without inhibitions when they meet new friends on vacation, but they are horrified when Ron and Kyla show up uninvited to their wedding. 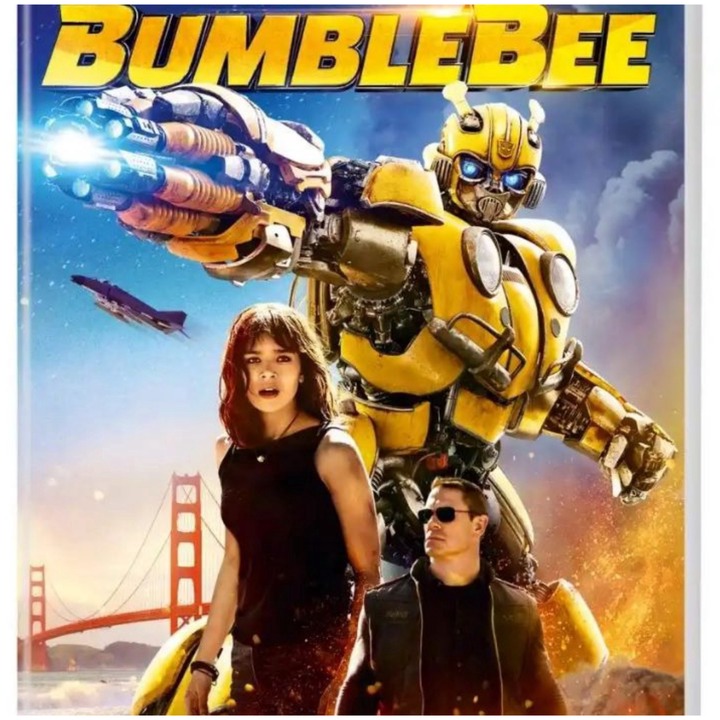 Bumblebee was one of many movies within the Transformers franchise and John Cena got the chance to be involved.

On the run in the year 1987, Bumblebee the Autobot seeks refuge in a junkyard in a small California beach town. Charlie, on the brink of turning 18 years old and trying to find her place in the world, soon discovers the battle-scarred and broken Bumblebee. When Charlie revives him, she quickly learns that this is no ordinary yellow Volkswagen. 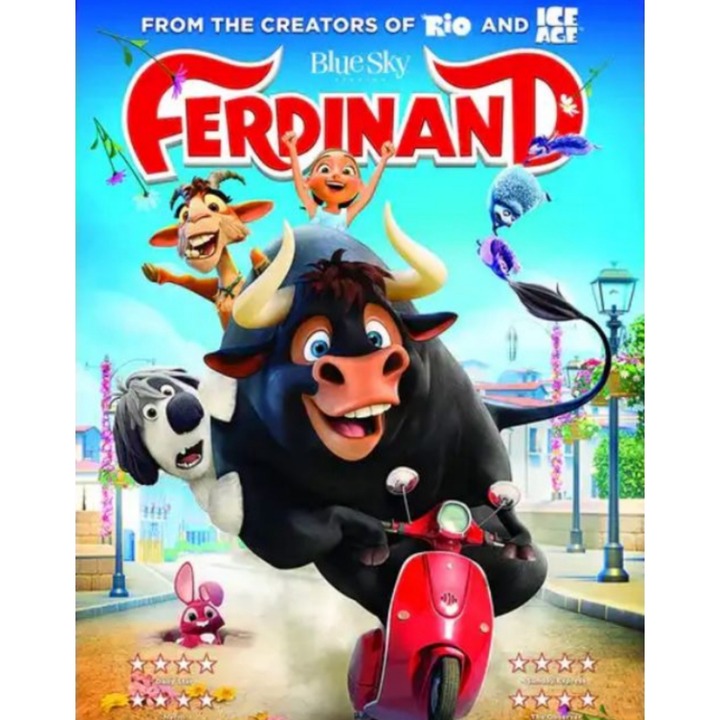 Ferdinand was a movie that brought the best out of John Cena's excitement and energy that he has learned from WWE. This is an animated movie where he voiced a bull named Ferdinand.

Ferdinand is a young bull who escapes from a training camp in rural Spain after his father never returns from a showdown with a matador. Adopted by a girl who lives on a farm, Ferdinand's peaceful existence comes crashing down when the authorities return him to his former captors. With help from a wisecracking goat and three hedgehogs, the giant but gentle bovine must find a way to break free before he squares off against El Primero, the famous bullfighter who never loses. 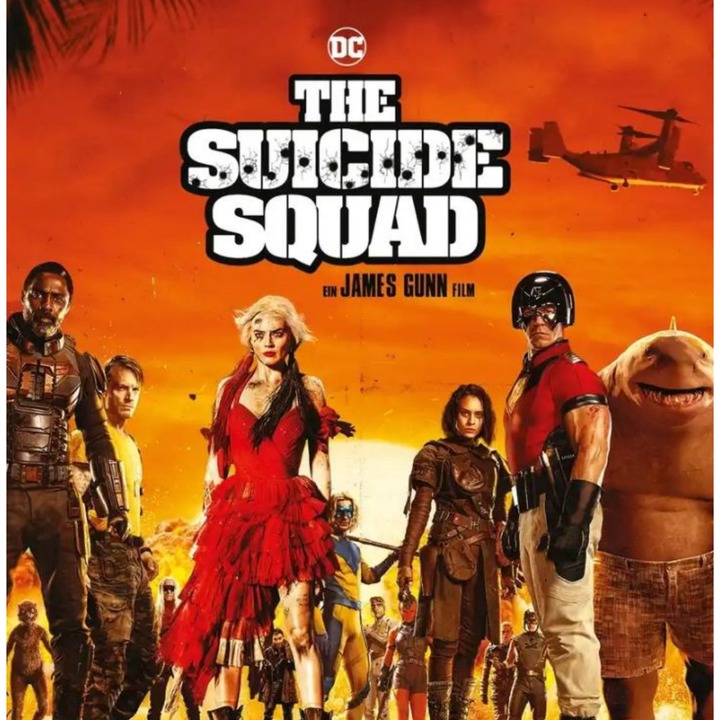 This is John Cena's latest blockbuster movie, and it has been rated as his greatest so far by IMDb. The Suicide Squad is part of the DC franchise, with Cena having the chance to be one of the villains in the group as Peacemaker.

The government sends the most dangerous supervillains in the world -- Bloodsport, Peacemaker, King Shark, Harley Quinn and others -- to the remote, enemy-infused island of Corto Maltese. Armed with high-tech weapons, they trek through the dangerous jungle on a search-and-destroy mission, with only Col. Rick Flag on the ground to make them behave.

Content created and supplied by: Shadowmancer (via Opera News )