By NobleWorld (self media writer) | 8 months ago 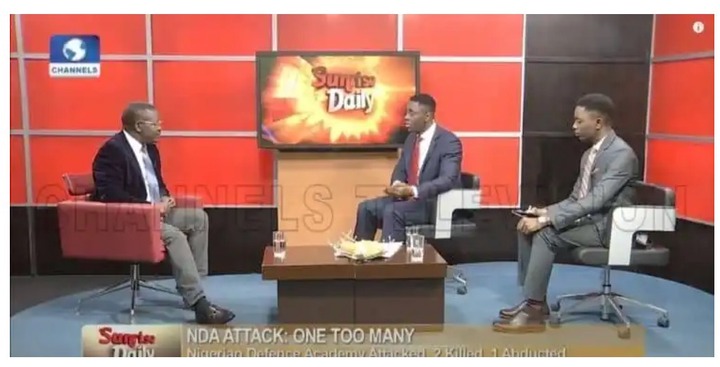 Similarly, the National Broadcasting Commission NBC has issued a query to the broadcaster. The broadcast regulator is accusing Channels Telebi of airing an inciting interview and has asked it to respond within 24-hours

Though he failed to mention names, he also stated that some Governors, ministers and senators are sponsors of Boko Haram and that the Government knows them. 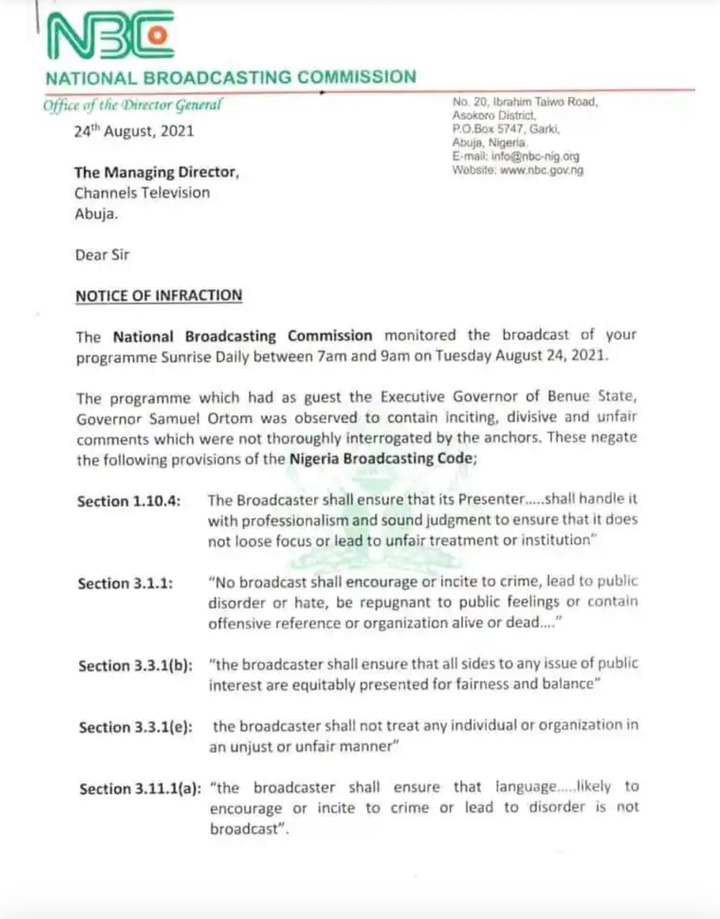 In another interview which held on the same programme, Benue state Governor Samuel Ortom accused President Muhammadu Buhari having a hidden agenda of trying to ‘fulanize’ the country, in reference to the grazing route policy.

According to the NBC, the interview was “inciting and divisive”

Content created and supplied by: NobleWorld (via Opera News )