If You Think "Nobody In Life Is Kind And Honest"; Remember The Famous Race Won By A Kenyan

By StayInformed (self media writer) | 1 year ago 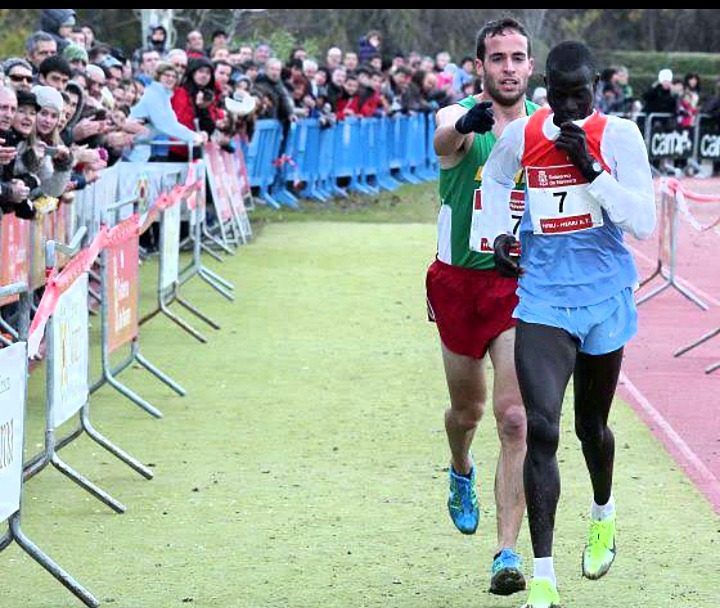 The world is filled with evil, pride, selfishness, inhumane conduct, wickedness and other societal vices. Hence it is rational to think that kindness has left our world, and that everybody now lacks integrity.

However, there are many stories of famous uncommon kindness, exhibited by people around the world. These stories proves that inasmuch as evil has overwhelmed the world, there are people who are still kind, humble, and filled with integrity.

Records and research have it that a Kenyan runner who is in the picture above by the name Abel Mutai, was only a few meters away from the finishing line (precisely 10m), but he stopped before the finishing line, because he got confused with the signs, thinking that he had won the race. However, he was seconded by a Spanish man, by the name Ivan Fernandez, who was right behind him. In a typical situation, Ivan Fernandez should have used that opportunity to overtake Mutai and win the race, since Mutai never crossed the finished line. He should have taken that advantage but...

Strangely, after realizing what was going on, Ivan Fernandez began to shout at Mutai to keep running that where he was, wasn't the finishing line. This wasn't an exercise, it was a professional cross-country race at an event in Burlada, Navarre, in December 2012. Nevertheless, Mutai still did nothing because he didn't know Spanish, since Ivan was shouting at him in Spanish. So realizing what was going on, Ivan had to pushed Mutai to victory, as seen in the pictures in this article.

Notwithstanding, a reporter asked Ivan, you could have won! Why did you let the Kenyan win? Ivan replied humbly saying, that most of us take advantage of people's weaknesses instead of helping to strengthen. He went ahead to ask the reporter: what would be the merit of his victory? What would be the honor of his medal? What values do we teach our children, and how much do you inspire others to earn these values?

He went further to iterate that his dream is that one day, we can have a life where we all push ourselves and help each other win.

In summary, this is the reason why we live. Kindness should be the bedrock of our existence. Everyday is a grace and an opportunity to help who ever needs it. Don't join the masses and do the wrong, change can start with you. In our world today, I know that people are bad, but let's know that life has everything in twos. As many people are bad, so do we have many people who are good, kind, humble, and with a good heart. Hence, despite the award, the money, the fame, Ivan gave up all these to show a little kindness and honesty. This is a food for thought. What's your opinion? Have you been taking advantage over people's weaknesses? Do you have good values to teach your children? If it were you, would you do what Ivan did? Let's hear from you as you start showing kindness today.