Ric Hassani thanks Nigeria after NBC banned his song, prays for Frank Edwards

By frendygodwin (self media writer) | 1 year ago

Ikechukwu Eric Ahiauzu popularly known as Ric Hassani is a Nigerian singer, songwriter and musician born on 6 January 1989, in Port Harcourt,River State,Nigeria.He is signed under River Land record label and have received several award nominations like:The Headies Award for Best Alternative song and more.Few hours ago, National Broadcasting Commission (NBC) place a ban on his lastest single,"Thunder Fire You",threatening to fine any radio station that airs it. Ever since the news was made public,most people who listened to the song and loved it have been reacting .

Few minutes ago,Ric Hassani took to his official twitter handle to express his joy over the ban placed on his song by the National Broadcasting Commission (NBC). This is weird because, people were expecting him to be sad but he went contrary to their expectation.

@Ric Hassani wrote,"NBC has made me popular.Nigeria really does help us youths.Thanks Nigeria,I love you."

Although, he used pidgin english at a point;i decided to be formal in my writing for a better understanding.

Isn't that a weird reaction? Although, people believes that once a song is banned,it makes it more popular. 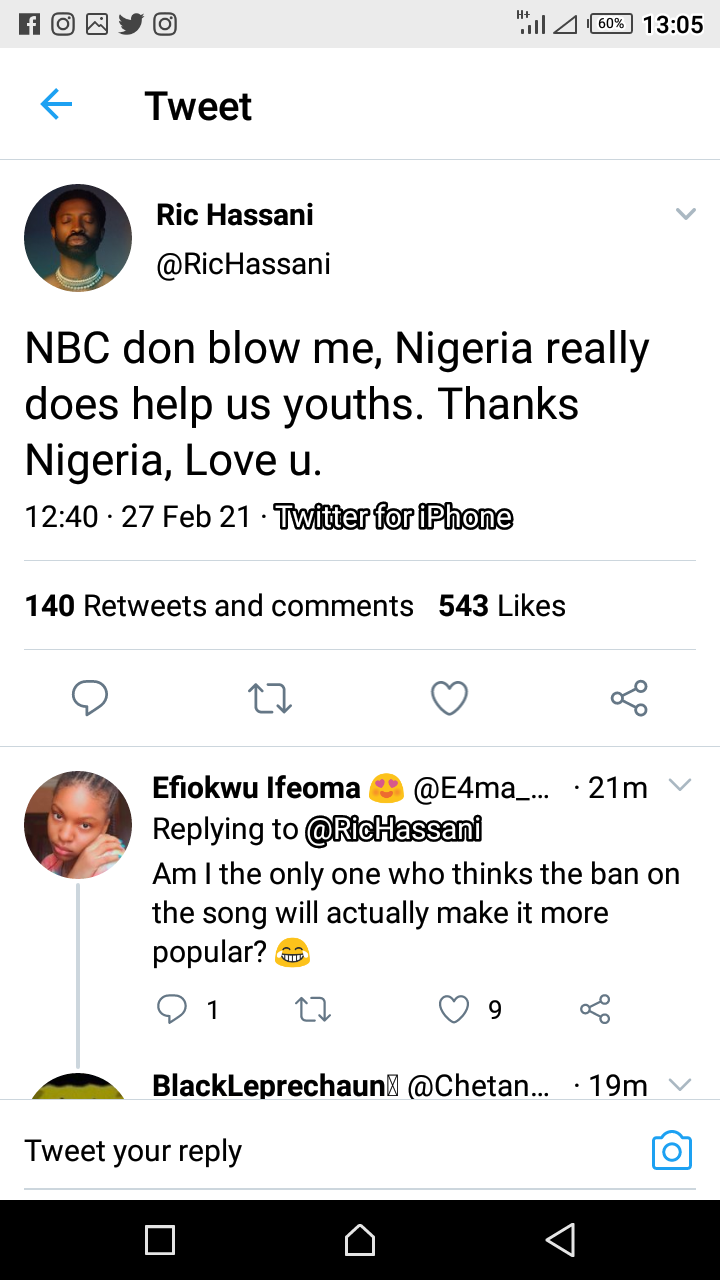 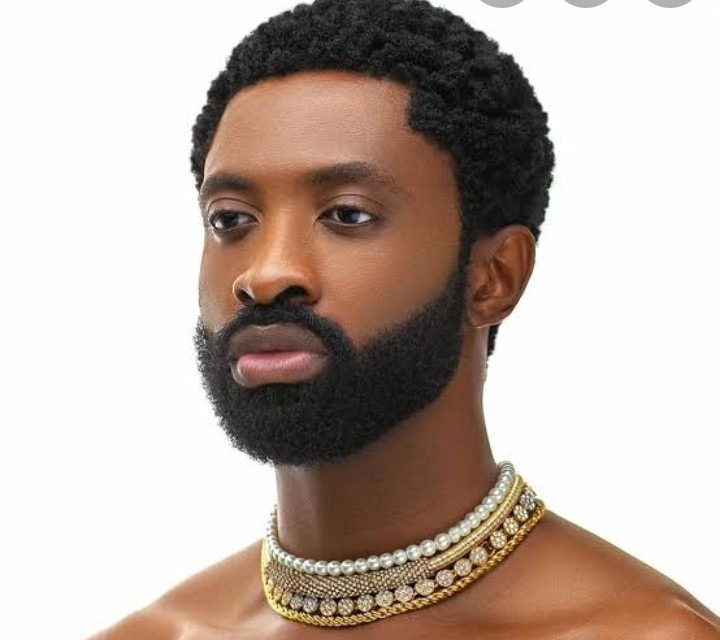 After thanking Nigeria for placing a ban on his song, Rix Hassani went ahead to thank Frank Edwards..Recall,he and Frank Edwards released a new song with title,"Victory Belongs to Jesus."

His reasons for asking God to bless Frank Edwards was not certain.We don't know if it was because of the collaboration and release of the new song "Victory Belongs to Jesus" , or the ban placed on the song "Thunder Fire You" :the same way he thanked Nigeria. 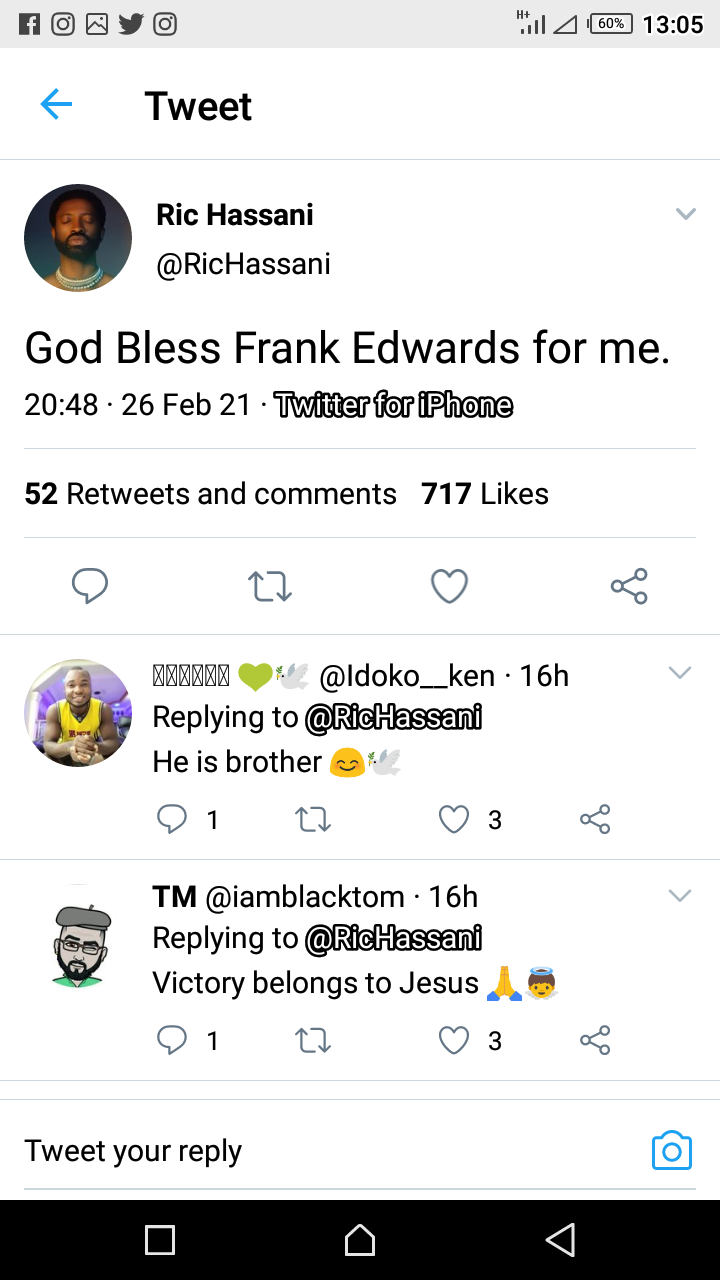 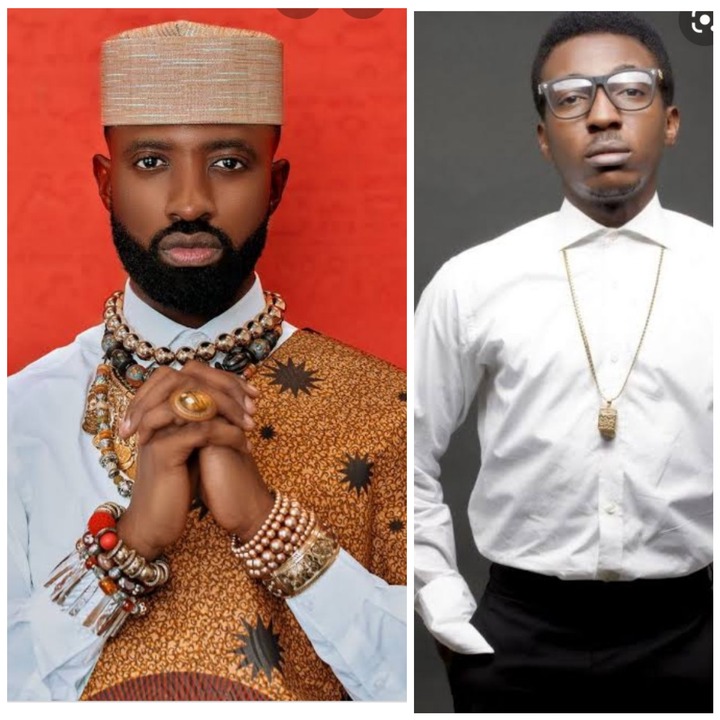 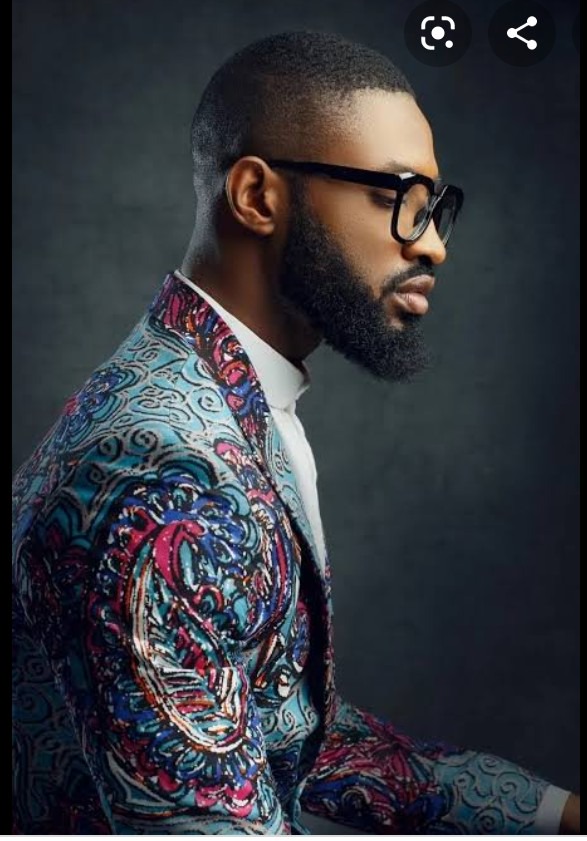 Moving ahead, Some fans of Ric Hassani blasted the National Broadcasting Commission for placing a ban on the song ,"Thunder Fire You." Some of them accused the NBC of injustice for overlooking "Cash App" a song by Bella Shmurda,to ban "Thunder Fire You".. 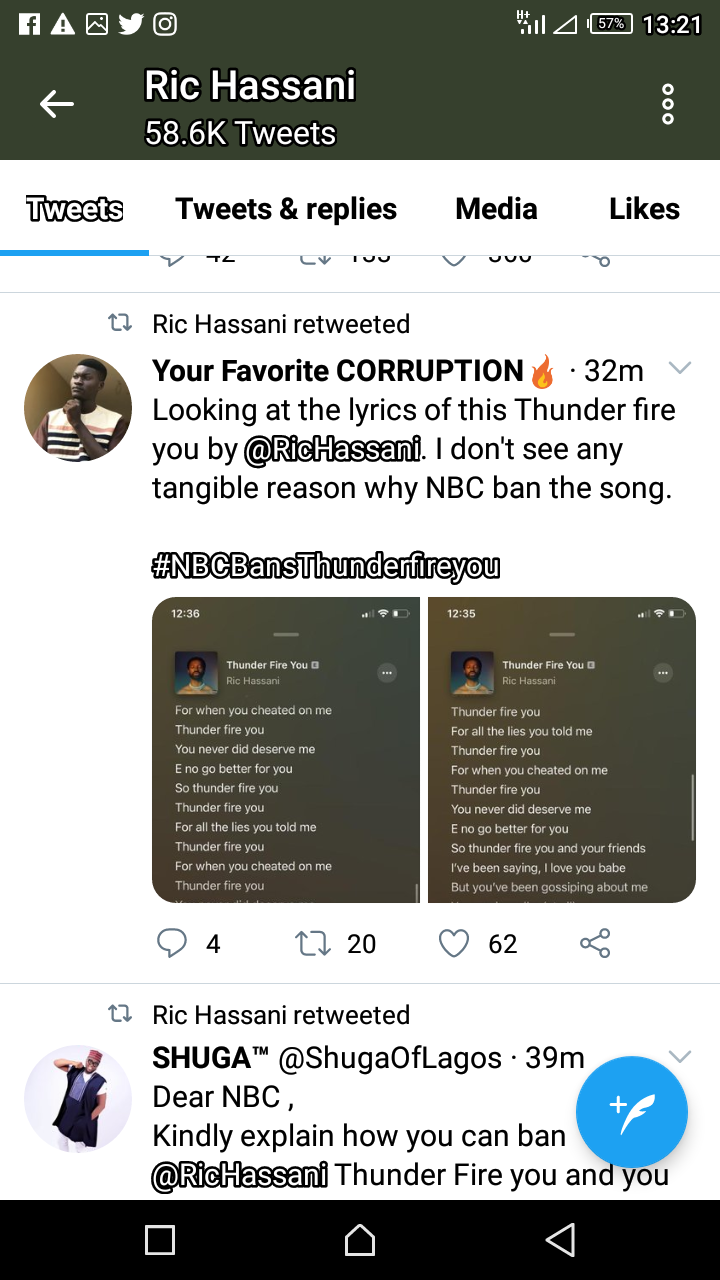 An angry fan identified as @ShugaofLagos also posted a video ,accusing NBC for being unfair to Ric Hassani's song while failing to ban " Cash App" by Bella Shmurda. 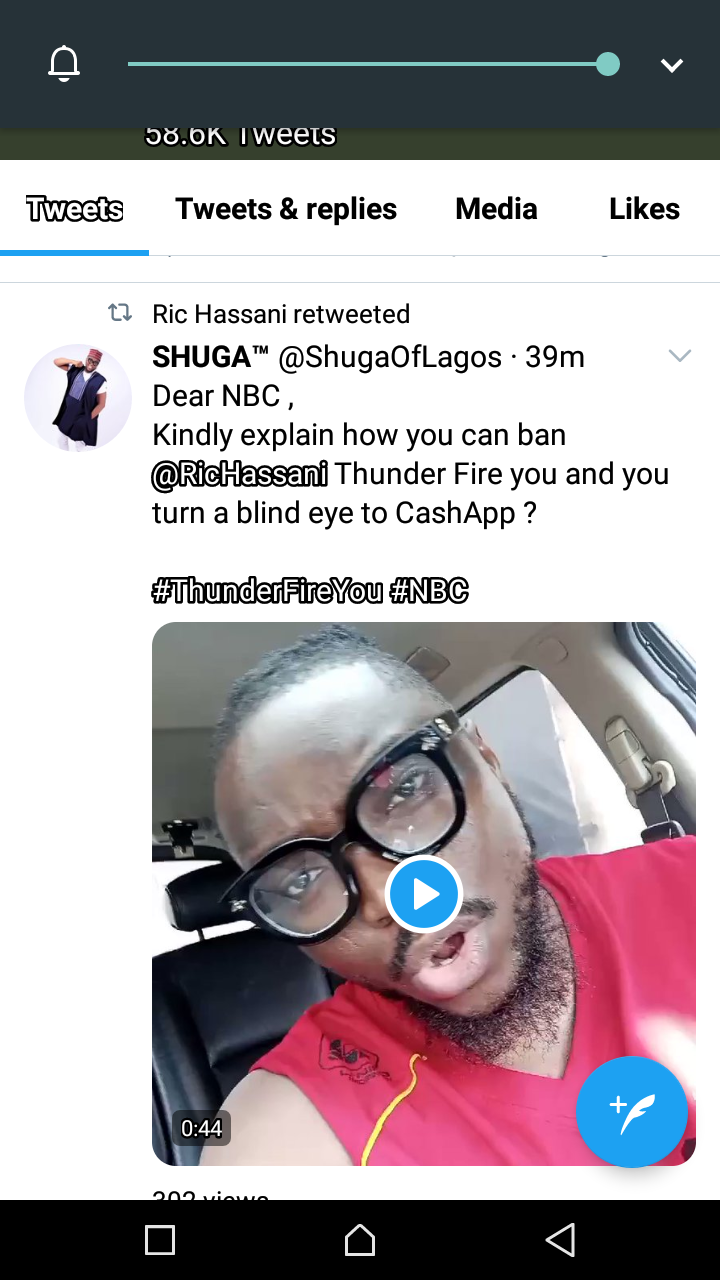